What China’s Promising Service Sector Growth Means for the Economy 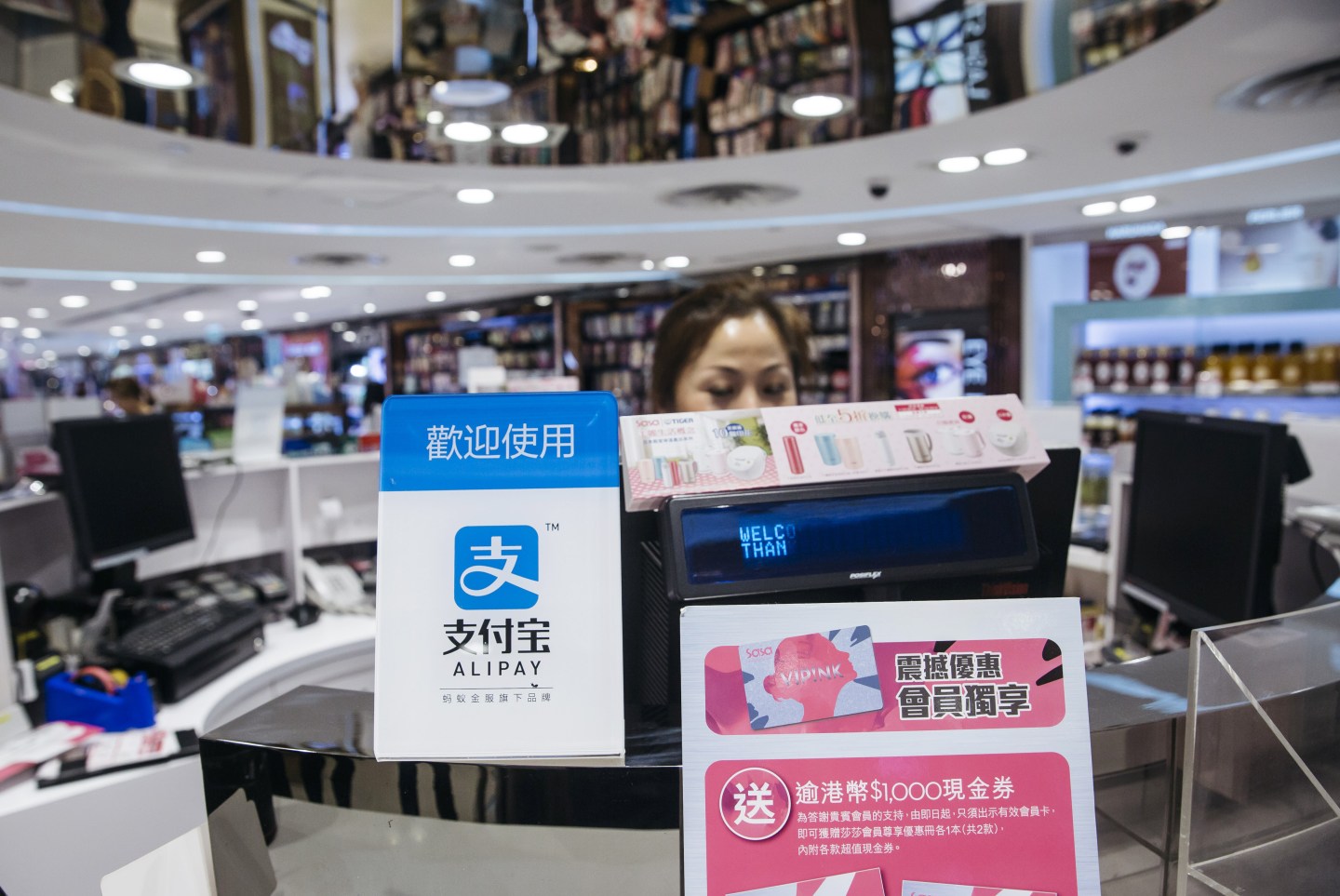 Signage for Ant Financial Services Group's Alipay, an affiliate of Alibaba Group Holding Ltd., is displayed at a cashier counter inside a Sa Sa International Holdings Ltd. store in Hong Kong, China, on Tuesday, Nov. 1, 2016. The urgency to prepare regulatory environments for fintech is growing as banks begin offering digital services such as biometric authentication and as mobile-payment systems such as Apple Pay and AliPay are introduced around the region. Photographer: Anthony Kwan/Bloomberg via Getty Images
Photograph by Anthony Kwan—Bloomberg via Getty Images

The figures were first reported by Chinese financial news outlet Caixin on its website at 09:00 Beijing time. That was ahead of a scheduled embargo time of 09:45.

The findings, along with upbeat official factory and services readings earlier this week, add to the view that the world’s second-largest economy is on a steadier footing.

Beijing is increasingly counting on the services sector to create jobs and drive growth as it looks to shift its economic model more toward consumption from a traditional reliance on investment and exports.

The Caixin/Markit services purchasing managers’ index (PMI) rose to 52.4 in October on a seasonally adjusted basis from 52.0 in September, posting the strongest reading since June.

A reading above the 50-mark suggests expansion in activity on a monthly basis.

Services companies saw the fastest growth in new work since June, though the pace was still modest. Some firms attributed the improvement to better underlying market conditions and an associated upturn in demand.

Backlogs of work also increased slightly, ending a four-month sequence of marginal contractions, as some firms reported the increase in orders was creating capacity pressures.

Companies in the survey added staff for the second month in a row, and at the fastest pace since January, though gains were moderate.

Business expectations were more positive than the previous month, but still slightly below August when they hit a six-month high.

All measures improved from the previous month except prices charged for services, as increased competition and efforts to attract new business have curbed the pricing power of some firms. Most companies were only able to pass along a small part of the increase seen in their input costs in October.

Caixin’s composite PMI covering both the manufacturing and services sectors expanded at the fastest pace in over three years, rising to 52.9 from September’s 51.4.

“It may be possible to sustain this stable condition throughout the fourth quarter, but it’s important that supportive policies are not relaxed because the economy still lacks sufficient growth momentum,” said Zhengsheng Zhong, director of macroeconomic analysis at CEBM Group.

China’s official services survey showed robust growth in October, with the index rising at the fastest pace since December 2015.

Manufacturing surveys also suggested the economy was stabilizing, thanks to improved domestic demand and a construction boom.

The surveys by Markit, which is a registered trade mark of IHS Markit Limited, focus more on small and medium-sized firms, which have been facing greater financial strains than larger, state-owned companies.