Hillary Clinton Got to Celebrate the Cubs’ World Series Win 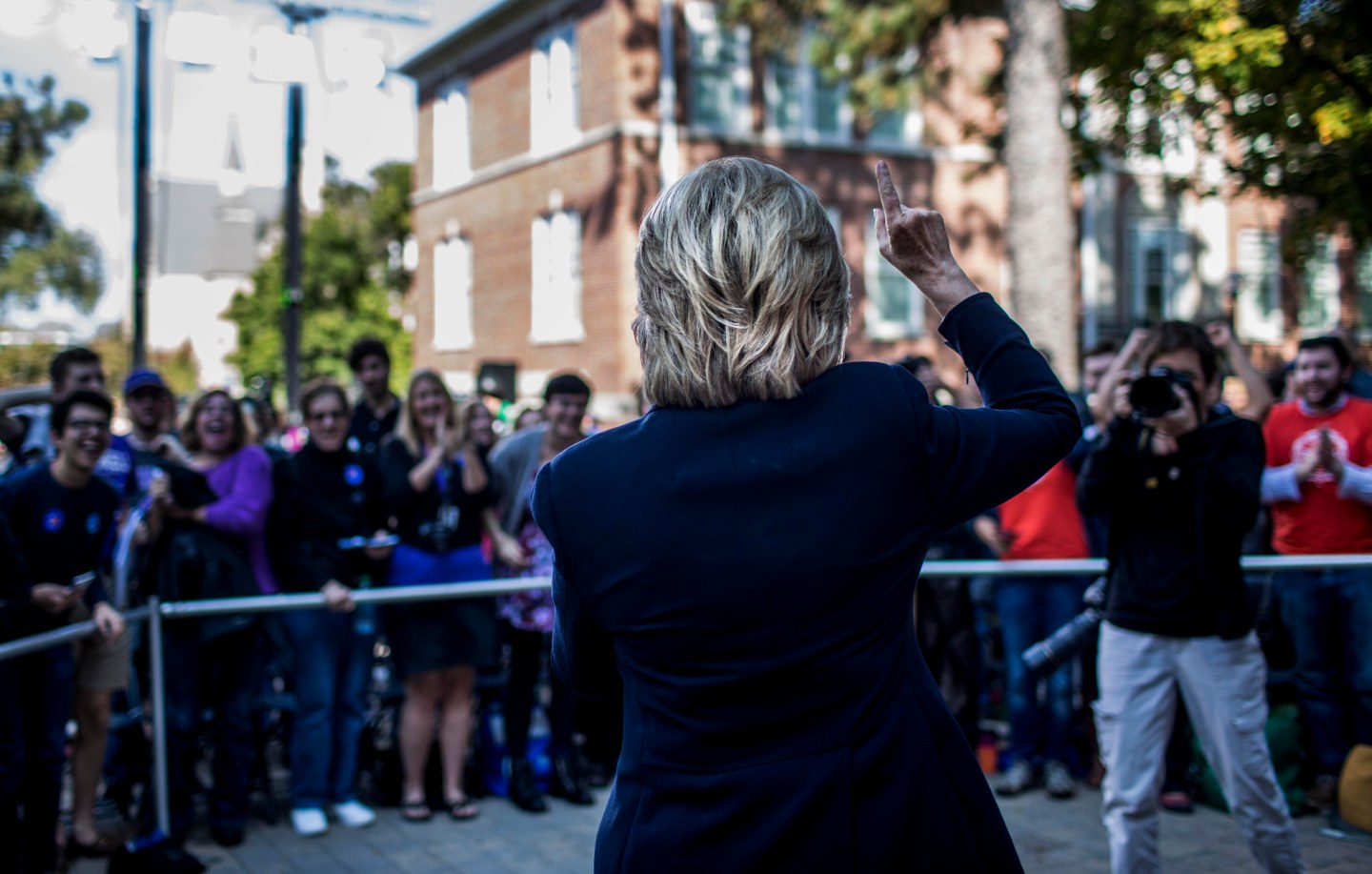 Photogrph by The Washington Post/Getty Images

Hillary Clinton finally is getting a chance to cheer her hometown Chicago Cubs’ victory in the World Series.

With the game going to extra innings, Clinton was able to catch the final moments after finishing a rally in Arizona Wednesday night. She watched on an aide’s iPad as she stood by her idling motorcade.

Reporters in vans further back in the motorcade could hear cheers from the direction of Clinton’s vehicle after the final out in the Cubs’ thrilling 8-7 victory in the 7th game.

An aide said Clinton staffer and Cubs fan Connolly Keigher pulled one of the Cubs’ signature “W” flags from her purse and she and Clinton held it up in celebration.

Clinton grew up in the suburbs of Chicago.