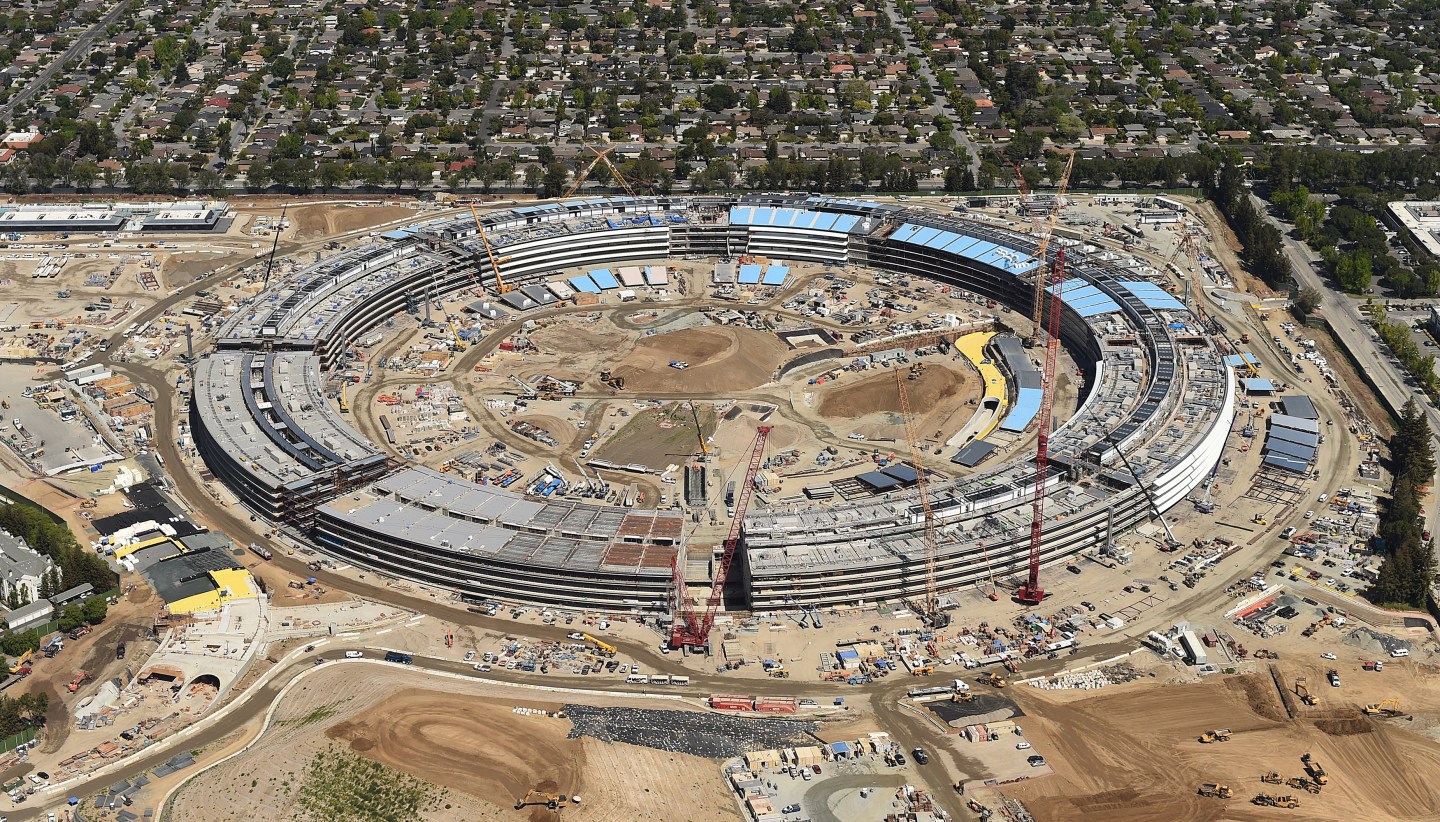 Apple Campus 2 is getting closer to looking like Steve Jobs’ vision.

Documentarians Matthew Roberts and Duncan Sinfeld have published their November updates on the Apple Campus 2 “Spaceship” construction progress. The videos are captured from drones that Roberts and Sinfeld separately fly over the campus. They provide monthly updates on what’s happening at Apple’s next campus in Cupertino.

Roberts first took viewers on a tour Apple’s (AAPL) main “Spaceship” building where workers are putting the final touches on the building’s exterior and installing the roof. He now says approximately 50% of the Spaceship’s solar panels have been installed atop the building.

In the video, viewers are taken on a tour of both the 100,000-square-foot employee fitness center and the main research and development facility. Both appear to be coming along and the R&D center, especially, looks buttoned up from the outside. Meanwhile, workers are making progress on getting landscaping, including trees, planted around the campus, and the two main garages look ready for cars. Back inside the Spaceship ring, the construction team is preparing areas for a planned garden, pond, and outdoor dining area.

Sinfeld’s video similarly kicks off with a view of Apple’s Spaceship. He notes that many of the cranes that had been at the campus are starting to be taken away and the outside facade on Apple’s Spaceship is nearing completion. Apple’s underground auditorium, which will be able to house 12,000 people, is also getting some heavy construction work—though it doesn’t appear on the exterior to be as far along as some of the other buildings, including the research and development facility. He also takes viewers on a flyby of all the dirt on the campus, which was never removed from the site and is being repurposed for landscaping efforts.

Apple Campus 2 was pitched by Jobs before his death. It was subsequently approved by the city of Cupertino, and it has been under construction for the last few years. Apple plans to move into the facility in early 2017.

When it’s complete, Apple’s Spaceship will span 2.8 million square feet of office space and house 12,000 employees, making it one of the largest office buildings in the world.