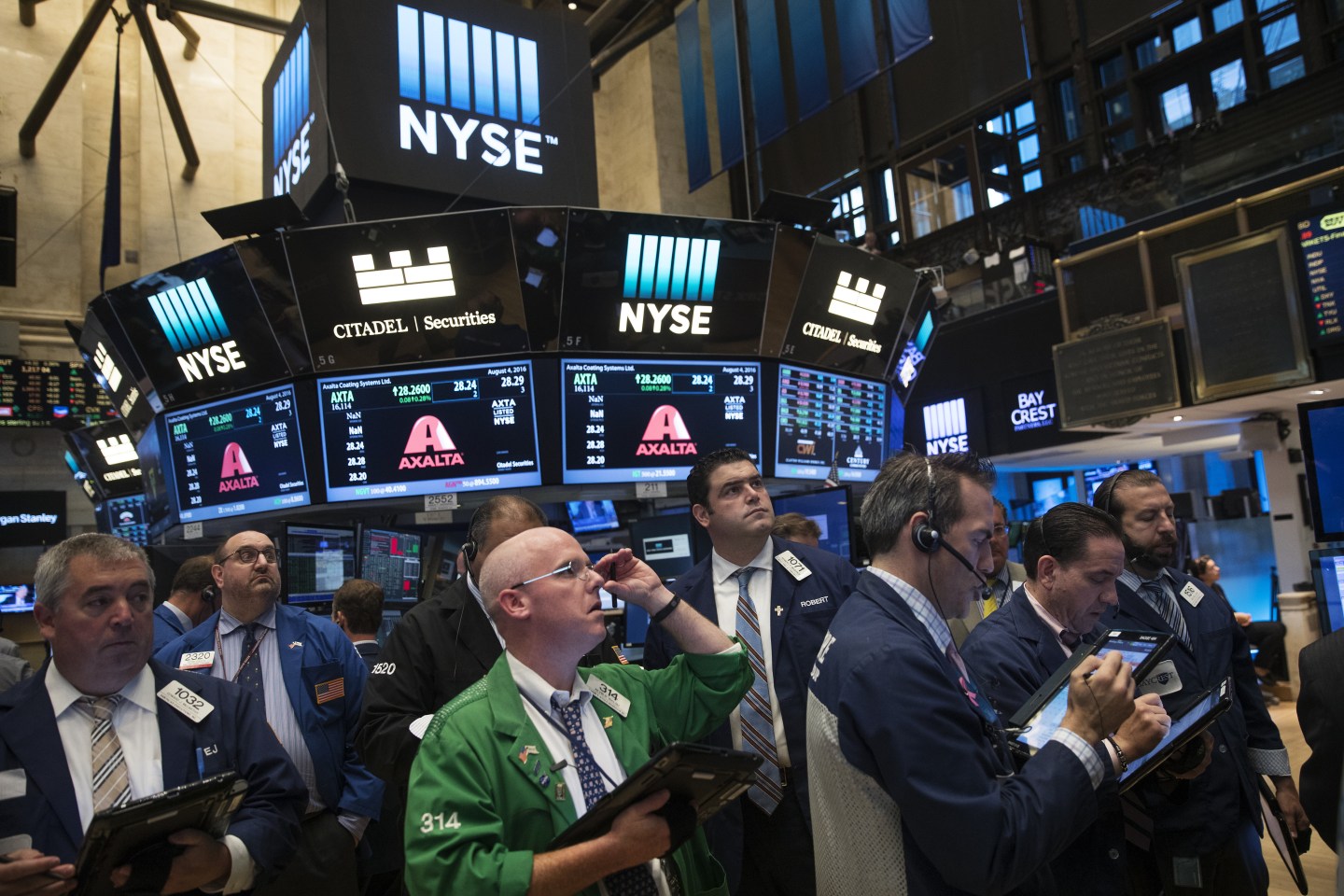 Traders work on the floor of the New York Stock Exchange (NYSE) in New York, U.S., on Thursday, Aug. 4, 2016. U.S. stocks fluctuated, as investors looked past increased stimulus by the Bank of England to Friday's jobs report for clues on the strength of the economy and the Federal Reserve's next moves. Photographer: Victor J. Blue/Bloomberg via Getty Images
Victor J. Blue — Bloomberg via Getty Images

Frustrated that you can’t properly diversify your portfolio anymore and are unwillingly taking on more risk? Blame the Internet, or perhaps just globalization.

A new study lays out the “precipitous” decline since 2000 in the potential for getting benefit from spreading your bets, or diversifying, and ties the phenomenon to technology-powered global integration.

Sometimes called the “only free lunch in investing,” improving risk-adjusted returns by diversifying has long been a bedrock technique among investors. The basic idea is that a portfolio which doesn’t all crash at once won’t lead to forced selling. Thus a diversified investor can afford to take on more risk and will get a better outcome.

But the proverbial benefits of not putting all your eggs in one basket vary over time and circumstance.

While investors complained, and many were undone, during the great financial crisis when it turned out that virtually everything that wasn’t screwed down, and much that was, was correlated, the truth appears to be that this is a longer-term secular trend.

“We find a pronounced uptrend in integration within and among asset classes and countries over the period of the financial crisis and beyond and hence a substantial decline in our diversification indexes,” John Cotter of University College Dublin, Stuart Gabriel of UCLA and Richard Roll of the California Institute of Technology write. “The decline in diversification potential is widespread among country cohorts and has been precipitous in the post-2000 period.”

The paper studies a variety of developed and emerging markets, looking at correlations within and between equities, government bonds, and real estate.

While you could get something close to a score of 100, on average, in global equities or bonds and real estate diversification in the late 1990s, by 2012 those scores had sunk to just above 60.

And while emerging markets remain less correlated than developed ones, the trend is in the same direction, with perhaps a later point of departure. The catch, as ever with emerging markets is that those assets which still offer relatively more diversification are in places like Africa and the Middle East with higher and harder to gauge risks.

Benefit Down, Risk Up

And as diversification benefit fell, risk, measured in the study by using volatility of returns as a proxy, rose. Risk on this measure has about doubled globally since 1996, though it is down sharply from its 2008 peak.

It is important to note that the trend in diversification benefit is downward, with “little evidence of differences in bull and bear markets or during periods of high and low” market volatility.

While the study doesn’t say this, a possible implication of this is that the underlying forces making all asset classes move more closely together are deeper than simply the sorts of issues we found before and during the crisis, such as over-leverage. It also may imply that while central bank intervention can help market returns, it may not have any impact over correlation. That said, we’ve had most all central banks doing the same things at more or less the same time since the crisis.

Very interestingly, the more technologically integrated we become, such as through Internet use, the more tightly linked markets become, offering less diversification.

“We also find that technology and communications innovation, as proxied by global diffusion in Internet usage, is associated with declines in diversification indexes among all asset classes,” the authors write.

In equities every 1% increase in global Internet diffusion, or spreading, brings with it a 1.7% decline in diversification potential.

There were signs that other measures of globalization or human development had similar effects, such as exports as a percentage of output, telephone usage or even female teachers in secondary education.

So it may be, broadly, that a more globalized world is a more tightly correlated one. The problem this represents for investors is considerable. To be sure, many are at present under-diversified, and could still gain a lot by spreading their portfolios more thinly, but many more sophisticated investors don’t have this upside.

One irony is that though the Internet and globalization may have reduced the scope for diversification in recent years, political forces now appear to be pulling the opposite way. The U.S. election and Brexit immediately come to mind.

This may reduce overall growth and increase systemic and idiosyncratic risk.

Diversification may become more possible but not in a way that is pleasing to investors.

James Saft is a Reuters columnist. The opinions expressed are his own.