Taco Bell Is Giving Away Free Tacos, Because Baseball 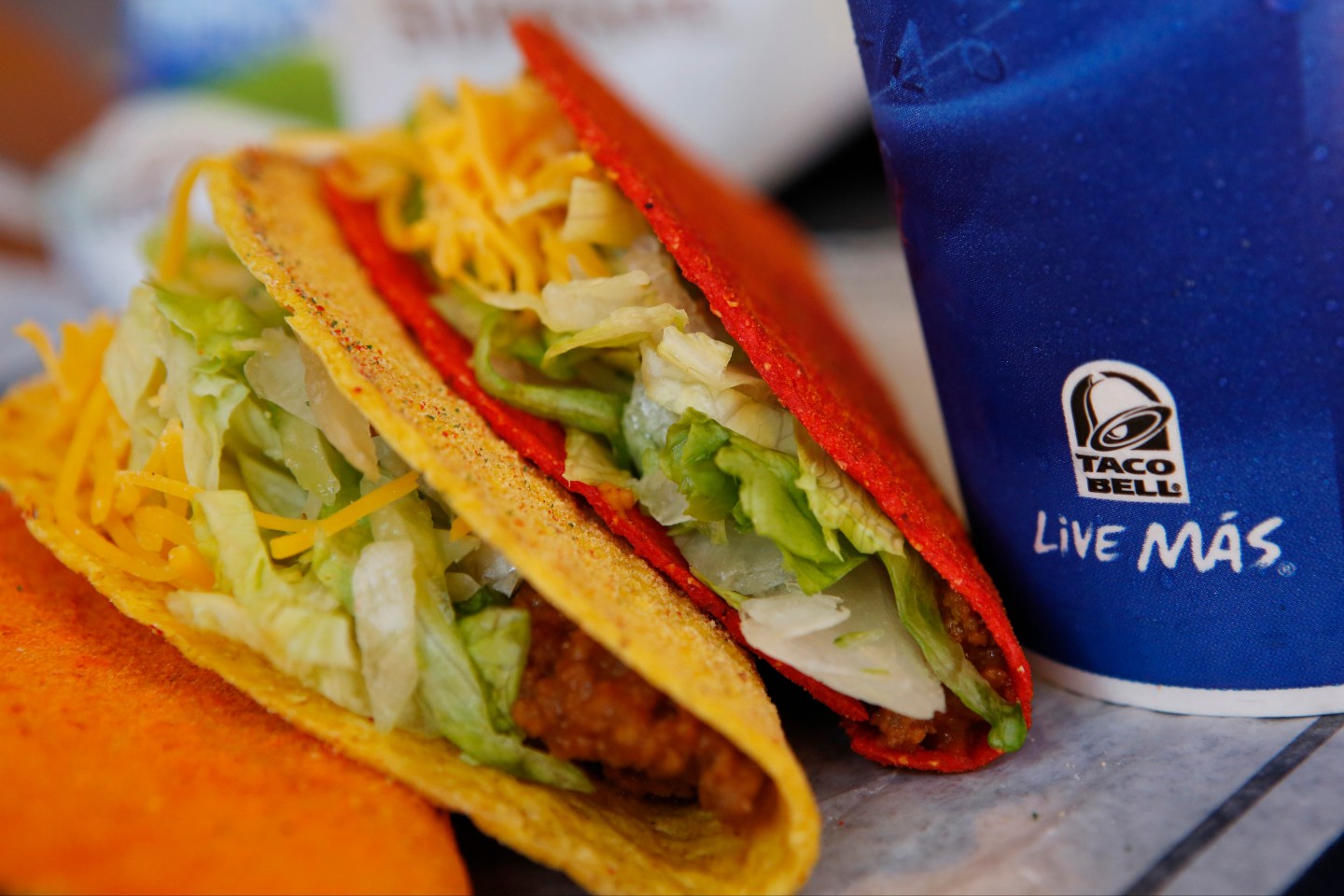 Doritos Locos tacos and a fountain drink are arranged for a photograph at a Taco Bell restaurant, a unit of Yum! Brands Inc., in Redondo Beach, California, U.S., on Friday, Oct. 4, 2013. Yum! Brands Inc. is scheduled to release earnings data on Oct. 8.
Patrick T. Fallon/Bloomberg—Getty Images

Taco Bell is handing out free tacos on Wednesday thanks to the Cleveland Indians’ Francisco Lindor, who stole second base in Game 1 of the World Series.

Free Doritos Locos Tacos are available at any Taco Bell location in the U.S. from 2 p.m. to 6 p.m. on Nov. 2 as part of a “Steal a Base, Steal a Taco” promotion by the fast food chain, which promised free food if any players from the Cleveland Indians or the Chicago Cubs stole a base during the World Series.

Lindor told USA Today he was aware of the promotion.

Even President Obama couldn’t resist the allure of free food, and expressed his delight during a stop in Ohio to campaign for Hillary Clinton.

When @POTUS is in on it, you know it’s a big deal.

Taco Bell was pleased with the president’s excitement.