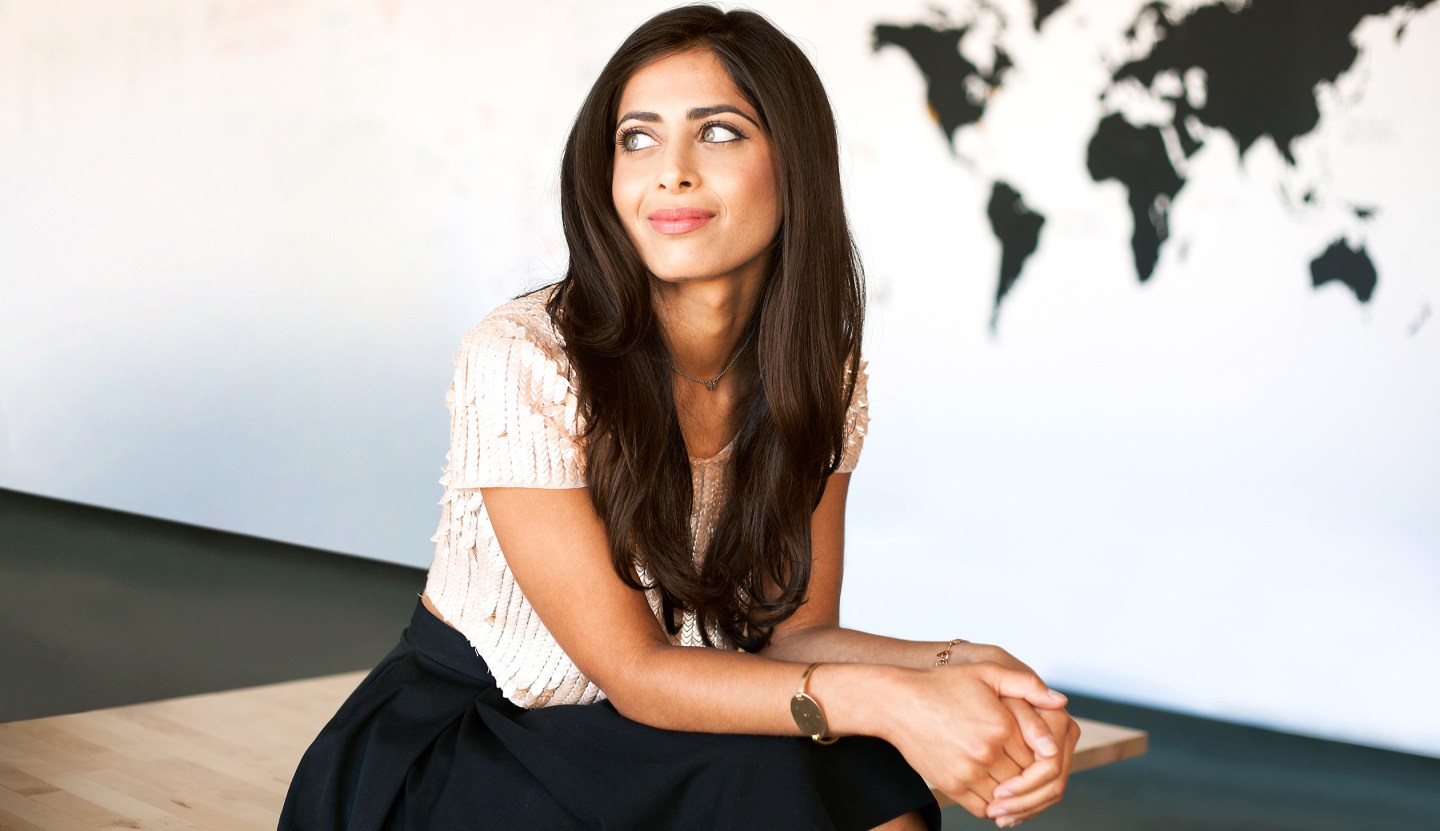 The first time Ruzwana Bashir wore Western clothes was when she started as a student at Oxford University. Until then Bashir, who grew up in a tight-knit Pakistani community in northern England, wore a long shalwar kameez and a traditional Muslim head scarf every day.

“I was very different from others around me when it came to my race, gender, and class,” Bashir says.

For as long as she can remember, 33-year-old Bashir has identified as an outsider. At Oxford, she went on to become the second-ever Asian female president of the prestigious Oxford Union debating society (future Pakistani President Benazir Bhutto was the first). And now as a female CEO of travel technology startup Peek in Silicon Valley, Bashir adds another minority group to her identity—women founders in technology.

Peek is an online marketplace where travelers can book activities ranging from parasailing in Mexico to touring taverns in London. The company, which has raised $18 million from investors, including Twitter CEO Jack Dorsey and Alphabet (GOOGL) chairman Eric Schmidt, also provides software for tour operators—tackling a $100 billion global market for booking travel activities.

Having a different background than the average founder has helped her as an entrepreneur, Bashir says. “What I went through growing up prepared me well for entrepreneurship,” she says. “I had to fight for a lot of things and I developed a grit that has really paid off.”

Bashir got her start working for financial giants like Goldman Sachs (GS) and Blackstone, but she didn’t imagine a career in technology and startups until she attended Harvard Business School on a Fulbright scholarship. She took a trip to Istanbul, Turkey with friends and spent upwards of 20 hours planning her weekend away. “The process of booking tours was so laborious,” she says. She founded Peek to help with other travelers similarly confounded.

Online booking is a crowded and competitive marketplace, of course, and Peek is one of many contenders. But Bashir says she’s gained the grit to stay in the race, and create a company she thinks can last. “Growing up the way I did gave me empathy and understanding for different walks of life,” Bashir says. “It inspired me to choose the kind of company I wanted to build.”

Résumé fodder
Bashir earned a Harvard MBA on a Fulbright scholarship, and her early jobs include stints at Gilt Groupe, Goldman Sachs, and Blackstone.

A working vacation
Bashir had the idea for Peek after spending upwards of 20 aggravating hours trying to plan a weekend trip to Turkey with friends.

Equal rights campaigner
Bashir wrote a groundbreaking essay in 2014 that drew attention to abuse of women in the U.K.’s Asian communities.

A version of this article appears in the November 1, 2016 issue of Fortune with the headline “The Valley’s Favorite British Import.”