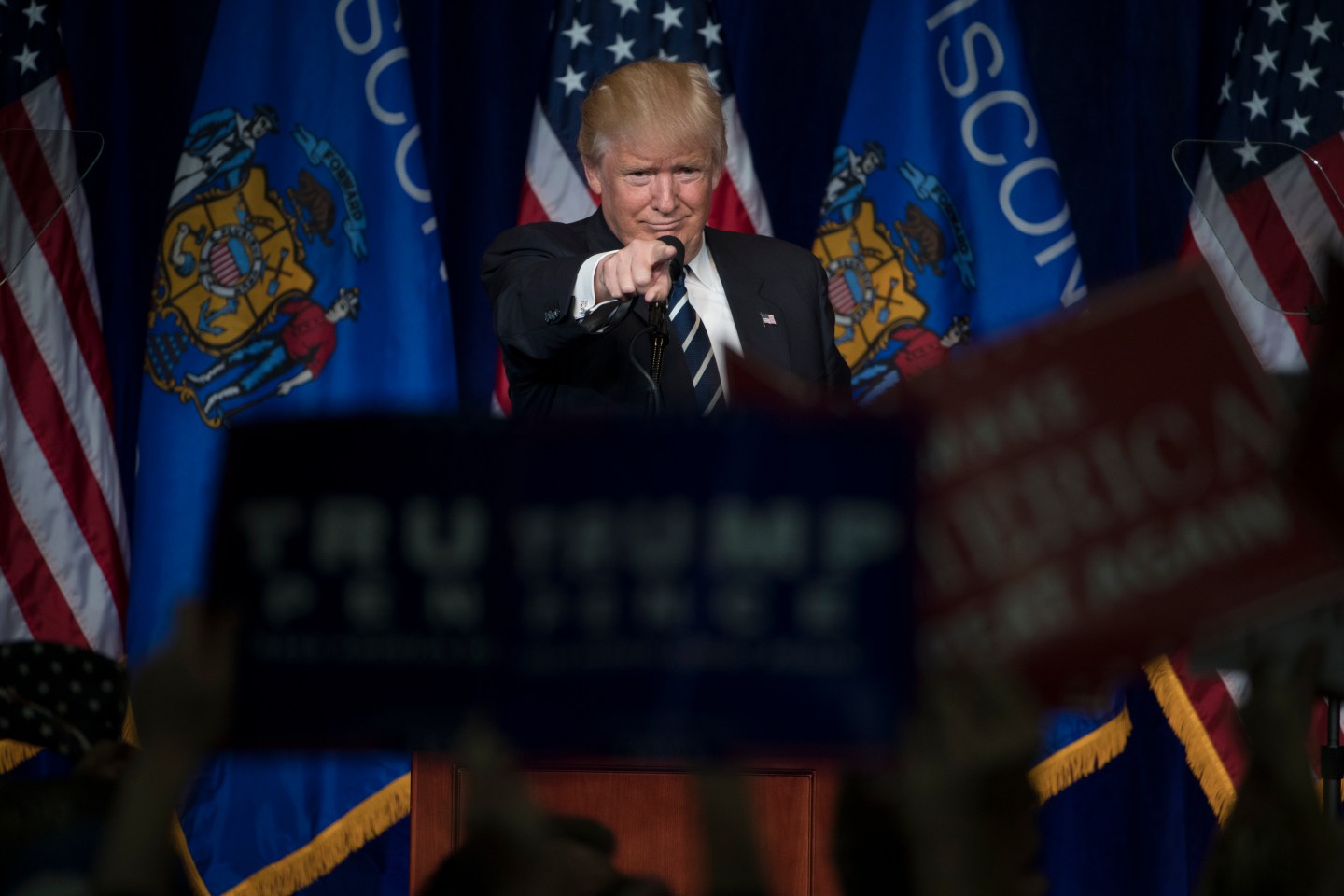 The latest issue of The Crusader didn’t specifically urge readers to vote for the Republican nominee, but it got very close. It used Trump’s “Make America Great Again” campaign slogan as its headline for an editorial praising the Trump catchphrase and the Republican presidential candidate himself. The newspaper bills itself as “The Premier Voice of the White Resistance.”

"The Crusader" is the official newspaper of the KKK. #MAGA #DonaldTrump pic.twitter.com/mBTvLOFU9u

In a statement, the Trump campaign called the newspaper “repulsive.” It said its “views do not represent the tens of millions of Americans who are uniting behind our campaign.”

Trump has been criticized in the campaign for refusing to condemn the Ku Klux Klan and disavow the endorsement of David Duke, a former Grand Wizard of the Ku Klux Klan. Asked by CNN’s Jake Tapper to “unequivocally condemn” Duke, Trump claimed ignorance. “Just so you understand, I don’t know anything about David Duke, okay?” Tapper repeatedly pressed Trump to disavow Duke and the KKK, and Trump declined. Later Trump claimed that he had trouble hearing the question.

Fortune investigation earlier this year also has shown that Donald Trump and his campaign has had social media ties to white supremacists, and critics have claimed that Trump has a long record of racist statements, a position Trump denies.

The Klan newspaper is one of the few newspapers in the country to support Trump’s candidacy.