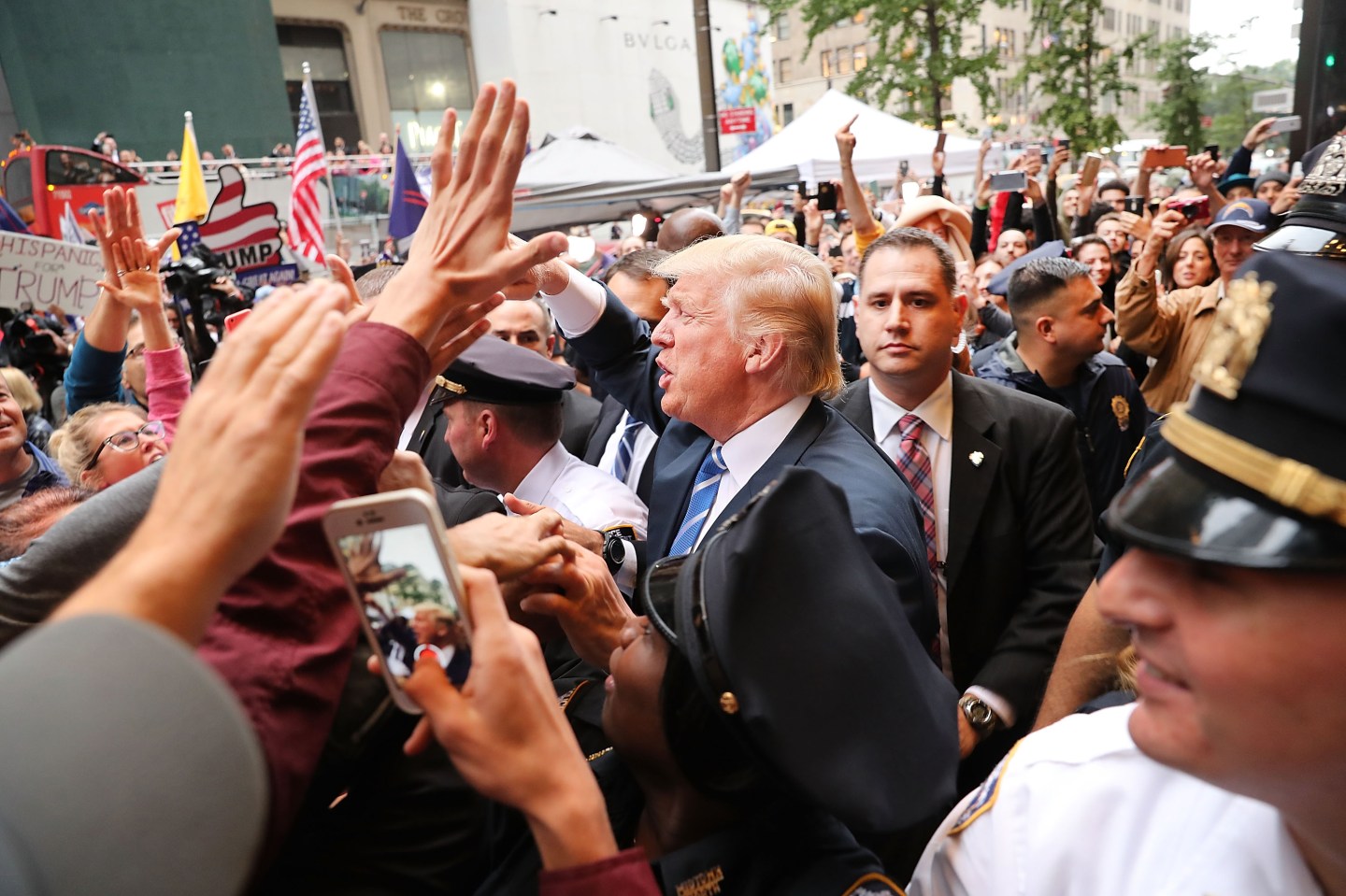 NEW YORK, NY - OCTOBER 08: Donald Trump greets supporters outside of Trump Towers in Manhattan October 8, 2016 in New York City. The Donald Trump campaign has faced numerous calls for him to step aside after a recording from 2005 revealed lewd comments Trump made about women. (Photo by Spencer Platt/Getty Images)
Spencer Platt—Getty Images

The Las Vegas Review-Journal has endorsed Donald Trump for president, becoming the first major newspaper to do so in the general election.

The paper, owned by casino magnate and major GOP donor Sheldon Adelson, said Clinton will “cuddle up to the ways and perks of Washington like she would to a cozy old blanket.”

“Mr. Trump instead brings a corporate sensibility and a steadfast determination to an ossified Beltway culture,” the editorial argued. “He advocates for lower taxes and a simplified tax code, in contrast to his opponent’s plan to extract another $1 trillion from the private economy in order to enlarge the bureaucracy. Mr. Trump understands and appreciates the conditions that lead to prosperity and job creation and would be a friend to small business and entrepreneurship. Mrs. Clinton has spent most of her adult life on the public payroll.”

The Review-Journal endorsement pivots from other major U.S. newspapers, most of which have backed Hillary Clinton. Several newspaper that have traditionally endorsed Republican candidates support Clinton, including The Arizona Republic, The Houston Chronicle and The Columbus Dispatch.