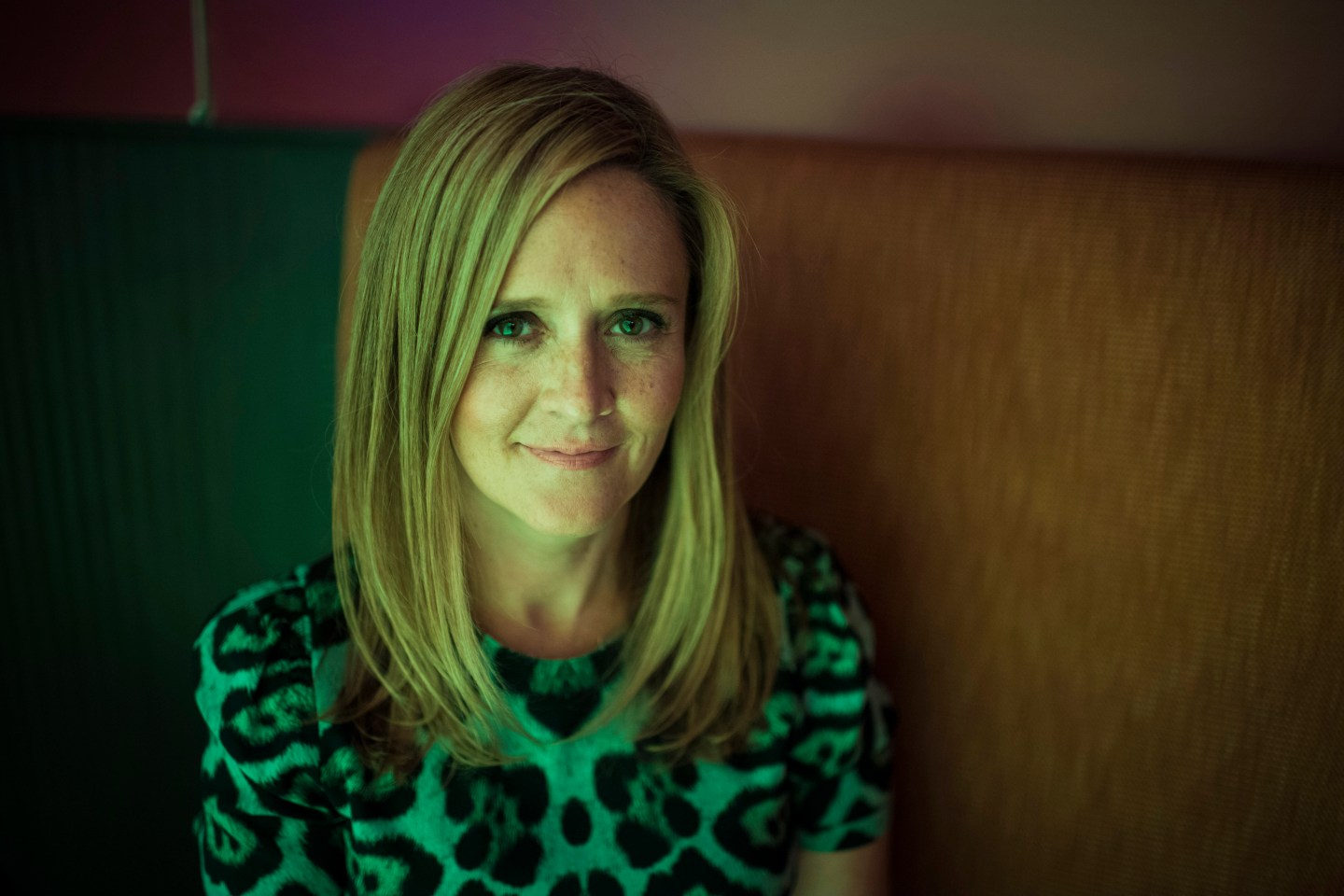 President Barack Obama has been actively campaigning to get fellow Democrat Hillary Clinton elected, and last night, he made a pitch aimed directly at millennial voters.

Sitting down for the first time with Samantha Bee, the host of TBS’ fiercely-feminist comedy show, Full Frontal, Obama said, “This is most important election of our lifetimes. The choices could not be more clear.”

Airing the show on Halloween, the comedian asked Obama to tell her a scary story about what happens when young people don’t vote. Obama replied: “Donald Trump could be president.”

Bee responded by saying “that was very scary,” but she also attempted to double down by telling Obama a scary story of her own in which former Trump campaign manager and current CNN contributor Corey Lewandowski is a U.S. Supreme Court Justice.

Using vocal fry, Bee asked Obama to make his best pitch to millennials. “Ok, because, it’s, like I don’t even know if there is, like, any point in voting. Like, they’re both so totally flawed,” Bee said, in the sing-song voice.

Obama answered, “First of all, if you’re worried about whether you can afford to go to college or not, then Hillary Clinton’s got a very specific plan and Donald Trump doesn’t.”

In what was one of the most interesting parts of the interview, Bee also asked Obama to speculate on what birther-like controversy Hillary Clinton might face from opponents if she became the first woman elected president. What would be the female equivalent of you-weren’t-born-in-this-country?

“I think the equivalent will be ‘she’s tired, she’s moody, she’s being emotional,’” Obama said.

“There’s just something about her,” Bee said, jokingly.

“When men are ambitious, it’s just taken for granted,” Obama said. “Well, of course, they’re ambitious. When women are ambitious, ‘why?’ That theme, I think, will continue throughout her presidency and it’s contributed to this notion that somehow she is hiding something.”

“What a nasty woman!” Bee said, alluding to Trump’s criticism of Clinton at the last debate, which quickly turned into a feminist meme.

Obama has been active on late-night TV circuit during his latter years as president, including appearing on Jimmy Fallon’s Tonight Show earlier this year to “Slow Jam” his economic record and reading “mean Tweets” on Jimmy Kimmel Live! last month. The president’s late-night TV tour continues later this week, when Obama will make his first appearance on HBO’s Real Time with Bill Maher.