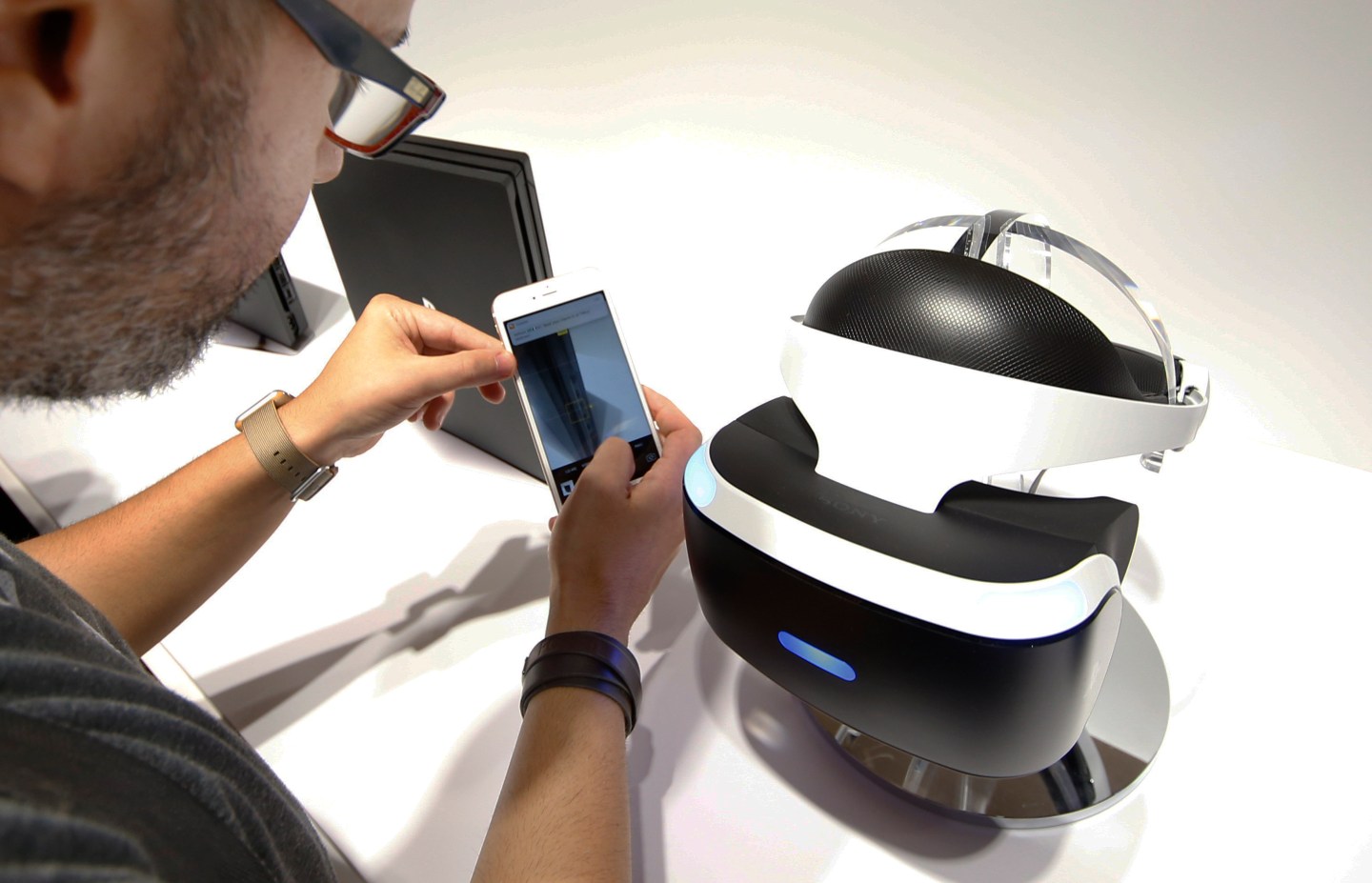 A visitor takes a photo of PlayStation VR headgear device during a PlayStation event in Tokyo, Tuesday, Sept. 13, 2016. Sony Corp.'s video game division is readying not just games but also music, movies and other kinds of entertainment for its Virtual Reality headgear, set to go on sale next month. The Japanese electronics and entertainment company's PlayStation VR headgear device, going on sale next month for about $400, less than rival VR headsets. (AP Photo/Shizuo Kambayashi)
Photograph by Shizuo Kambayashi — AP

Sony cut its annual profit outlook due to losses related to the sale of its battery business—disappointing a market that had been hoping for an upward revision on buoyant sales momentum for PlayStation 4 and the launch of its virtual reality headset.

Emerging from years of restructuring, the consumer electronics giant is refocusing its business to concentrate on videogames, entertainment and camera sensors and the sale of its battery business was part of that effort.

But while the sale to Murata Manufacturing had been flagged in July, its impact on earnings appeared to be greater than expected.

Sony (SNE) now expects to post 270 billion yen ($2.6 billion) in operating profit for the year ending in March, down 30 billion yen from its previous forecast made in July and an 8% decline from the previous year.

Analysts have been hopeful that brisk sales of PlayStation 4 gaming consoles and software titles would boost profits and that this would only improve with upgraded versions of the console during the year-end holiday shopping season.

This month Sony also unveiled its PlayStation VR headset and it said that production of image sensors would return to full capacity in the second half due to a pickup in smartphone demand.

Sony said on Monday it has agreed to sell its battery business for about 17.5 billion yen and expects to book an impairment charge of 33 billion yen related to the sale.

It will announce its first-half results and further details of its full-year outlook on Tuesday.