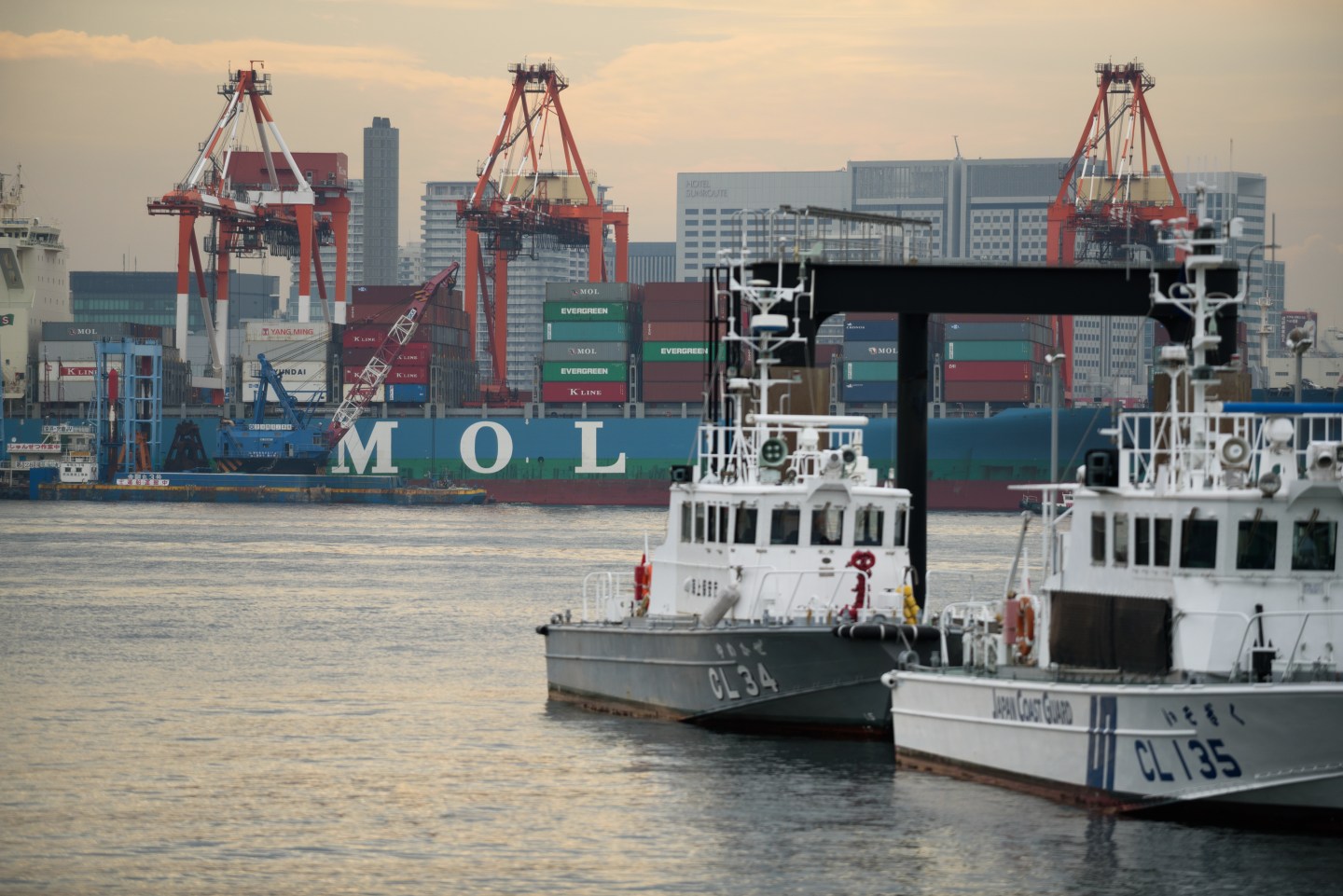 Japan’s top three shippers said they will integrate their container shipping operations to create the world’s sixth-largest fleet, joining a growing trend of consolidation in an industry battling its worst-ever downturn.

Overcapacity and anemic economic growth globally have left hundreds of ships idle in the industry’s worst slump since its birth in the 1950s and 1960s, with the biggest casualty being South Korea’s Hanjin Shipping which collapsed in August.

Nippon Yusen, Mitsui OSK Lines and Kawasaki Kisen Kaisha said they would form a joint venture that will have 2.0 trillion yen ($19.1 billion) in combined revenue and control 7% of global container shipping capacity.

“The aim of becoming one this time is so none of us become zero,” said Tadaaki Naito, the president of Nippon Yusen, at a joint news conference in Tokyo.

Container shipping has seen a wave of mega-mergers as companies seek partners and cost cuts to help ride out the rough waters of a depressed market, and experts say more deals are likely.

“The quest for scale and expectations that weak demand and excess capacity will continue for at least another two years are driving the wave of consolidation,” said Greg Knowler, maritime and trade expert at IHS Markit.

“All eyes must now surely be on Taiwan, itself home to three major carriers.”

Shares in the three Japanese ocean freight firms – whose combined fleet of over 2,000 vessels includes tankers, dry-cargo carriers and container ships – jumped almost 10% on the news before paring earlier gains.

For more on the shipping industry, watch Fortune’s video:

Underscoring the depth of the downturn, China COSCO Holdings, the flagship listed unit of COSCO, on Friday warned of a loss for the year as it failed to capitalize on a market recovery in the third quarter.

In South Korea, the government said on Monday it planned to establish a state-backed ship financing company with an initial capital of 1 trillion won ($871 million) to help improve the financial health of Korean shipping companies.

Singapore is also considering whether to help the city-state’s marine and offshore engineering sector.

The Japanese joint venture to be owned 38% by Nippon Yusen and 31% each by Mitsui OSK and Kawasaki Kisen, will be formed on July 1, 2017 and begin operations in April 2018, they said in a joint statement.

It will have a fleet of 256 ships with a total capacity of 1.38 million 20-foot equivalent units (TEU), and is expected to create annual cost benefits of about 110 billion yen, the statement said.