ESPN Is Both Right and Wrong About its Terrible Subscriber Numbers 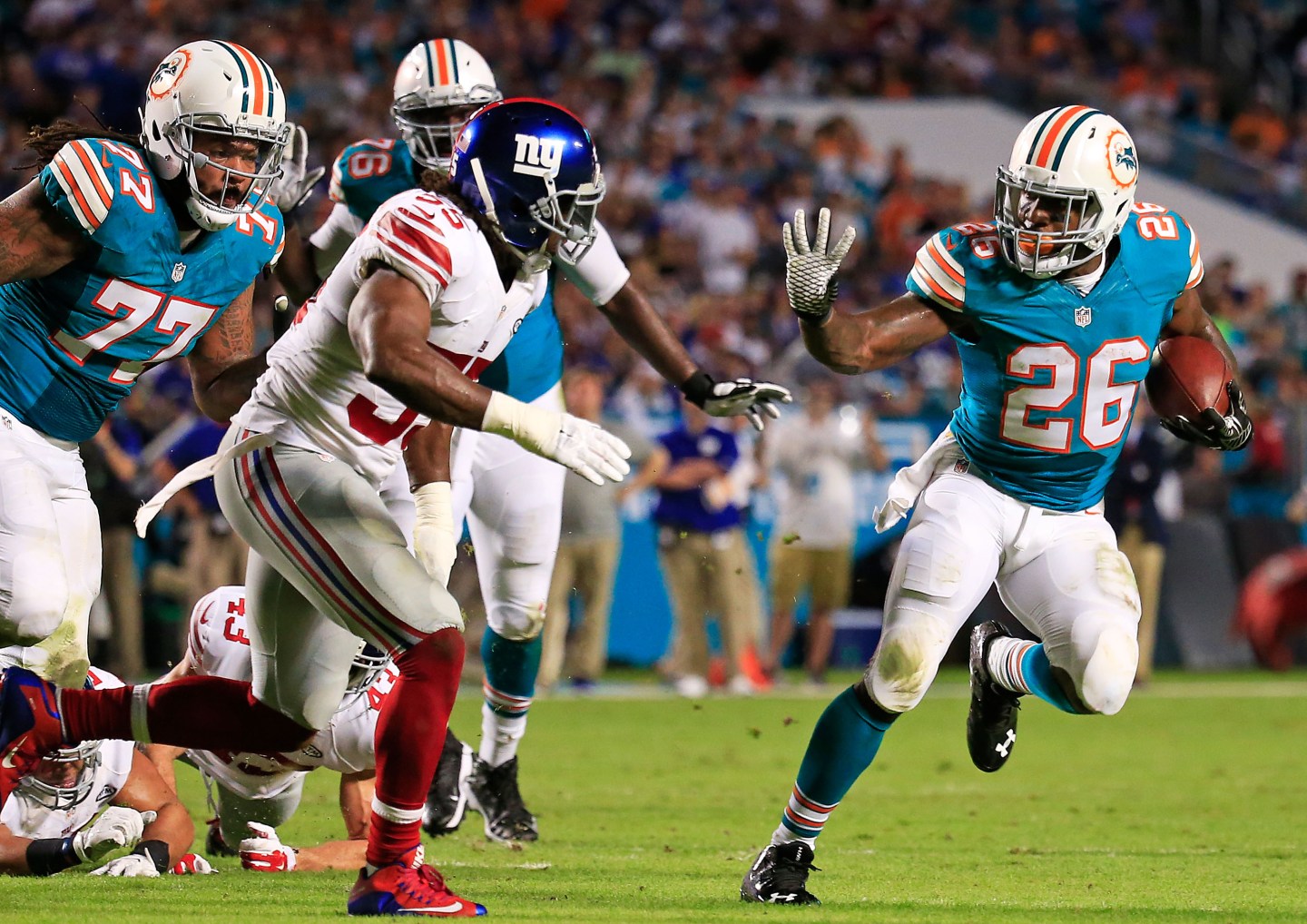 Lamar Miller #26 of the Miami Dolphins carries during the first quarter of the game against the New York Giants at Sun Life Stadium on December 14, 2015 in Miami Gardens, Florida.
Photograph by Chris Trotman — Getty Images

The numbers released late last week looked bad for ESPN—really, really bad. Late Friday, audience-tracking firm Nielsen released its estimates for November, and they showed that the sports network had lost an estimated 621,000 subscribers in a single month. That’s the biggest loss in the channel’s history.

Not only was the decline the largest ever, but it was more than twice as much as the average monthly decline ESPN has seen over the past few years. And ESPN’s other sister networks, ESPN2 and ESPNU, lost similar amounts—suggesting that the network as a whole lost close to 2 million subscribers in October.

That’s a massive number for a single month—and it led many to conclude that the danger posed by cord-cutting and other consumer behavior is accelerating, and pushing the sports giant off a rather large cliff.

ESPN was quick to push back on the figure, however, releasing a statement on Sunday that said the Nielsen numbers “represent a dramatic, unexplainable variation over prior months’ reporting.” The network said that it had raised the issue with Nielsen “in light of their demonstrated failures over the years to accurately provide subscriber data.”

According to ESPN, the data that Nielsen reported did not jibe with the broadcaster’s internal analysis, nor did it take into account new digital entrants into the market—that is, streaming services such as Sling TV and PlayStation Vue. Other broadcasters also complained to Nielsen about their numbers, sources said.

The tracking firm quickly released its own statement on Sunday, saying it was withdrawing the initial report, and was conducting “an internal review” to determine whether the larger than normal change in the numbers was justified. Nielsen said it was “working closely with clients” and would be coming out with updated results as soon as possible.

This isn’t the first time Nielsen has had to make changes to its initial report after complaints by ESPN, among others. It had to revise its original estimates in February as well, after ESPN responded that it had not shed more than 400,000 subscribers, as Nielsen claimed.

So where does the truth lie in this particular situation? Likely somewhere in the middle.

ESPN is right that Nielsen has a poor track record for measuring the entire universe of video viewing, including time-shifting, mobile video audiences, and streaming services. The analytics firm has been trying for some time to fill those gaps, but it is not there yet, so it’s not a stretch to think that it might have missed some viewers/subscribers.

At the same time, however, ESPN has been seeing a steady decline in subscriber numbers. And the threat that this poses to the Disney subsidiary’s business model is very real, which is why it is probably hypersensitive about it.

In a nutshell, the sports network is one of the most profitable traditional media distributors in the world, since it makes an estimated $7 per subscriber per month, and it has about 85 million subscribers. But it also spends more than any other broadcaster to lock up the rights to sporting events—about $7 billion next year alone.

Combine that with the news that National Football League viewership numbers are softer than they have ever been—with audiences down by double digits—and you can see why Disney’s ESPN may be gun-shy.

There is no question that subscribers are leaving traditional cable services for other alternatives, and that impacts ESPN. So while the numbers may not be as bad as Nielsen said they were initially, they will definitely be lower. ESPN is moving towards finding alternative routes to viewers, such as AT&T’s DirecTV streaming service and other “skinny bundles,” some of its own devising. But that is not filling the gap entirely, nor will it ever.

Rich Greenfield, an analyst with investment firm BTIG, meanwhile, has a simple solution for ESPN: Release its own internal subscriber growth (or lack of growth) numbers, instead of relying on Nielsen.

“If this is an important issue for ESPN, they should start releasing actual subscriber numbers rather than relying on third parties,” Greenfield said in February after the last revision. “If they are upset with the confusion, let’s see the actual number of paying subscribers in the US over five years.” What do you say, ESPN?