Donald Trump Is Fighting to Raise Doubts about Hillary Clinton 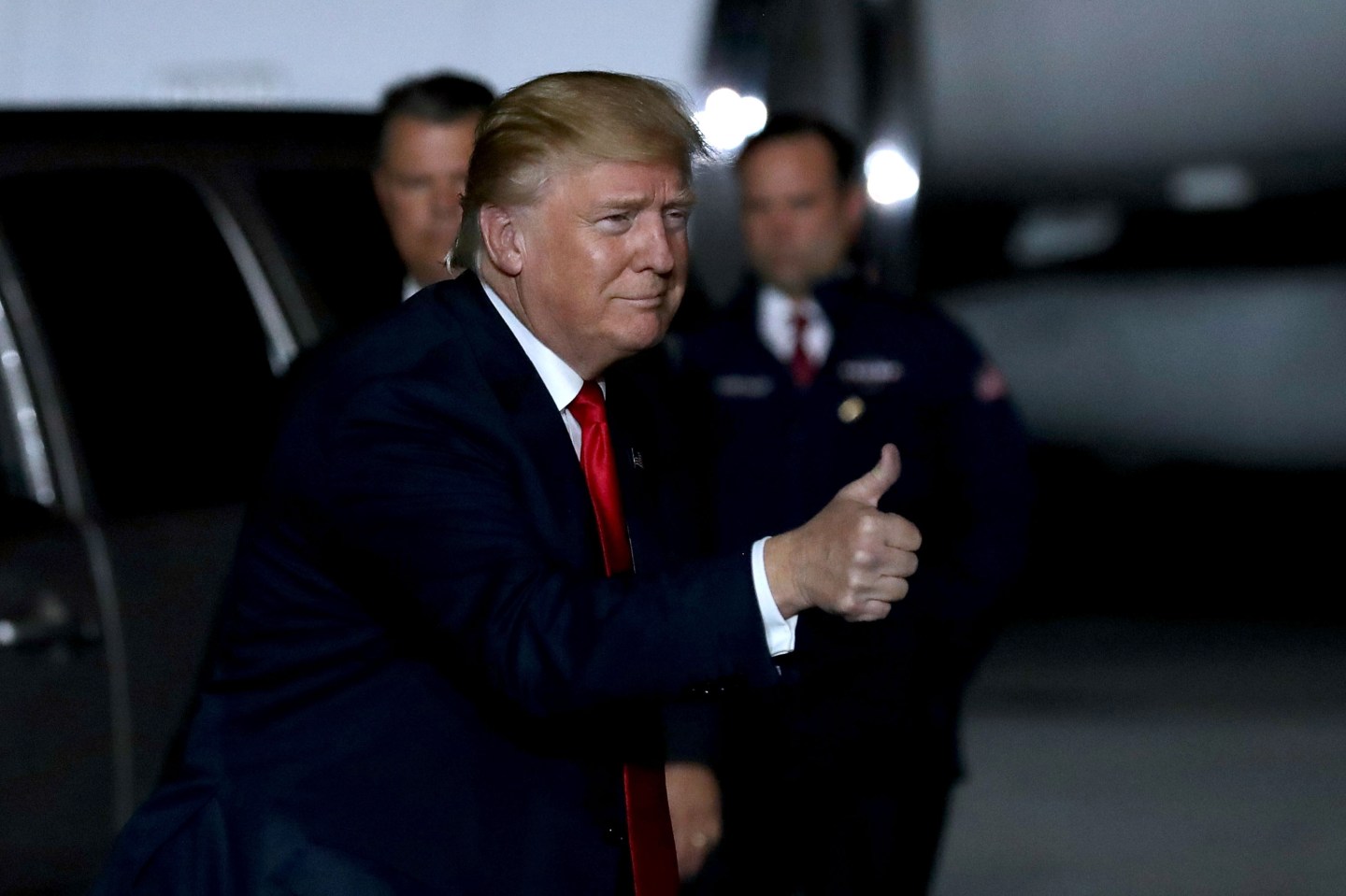 Republican presidential nominee Donald Trump is fighting to raise doubts about Democratic rival Hillary Clinton as she struggles to get past a new firestorm over her emails that have posed a sudden danger with eight days to go until Election Day.

The announcement by FBI Director James Comey that his agency is investigating more emails as part of a probe into Clinton’s use of a private email server has upended the presidential race and given new hope to Trump that he can make an improbable comeback and win on Nov. 8.

“When we win on Nov. 8 we are going to Washington D.C. and we are going drain the swamp,” Trump said on Sunday night at a rally in Albuquerque, New Mexico, charging that Clinton represents a corrupt political system.

“Hillary Clinton is not the victim. You, the American people are the victims of this corrupt system,” he said.

Clinton’s controversy became more problematic on Sunday when a source familiar with the matter said the FBI has secured a warrant to examine newly discovered emails related to Clinton’s private server.

The Clinton campaign and its many influential supporters in the Democratic Party have all but declared war on Comey, who was appointed FBI director by Democratic President Barack Obama in 2013.

U.S. Senator Harry Reid of Nevada, the Democratic leader in the Senate, accused Comey of “a disturbing double standard for the treatment of sensitive information, with what appears to be a clear intent to aid one political party over another.”

Clinton’s problems have taken the focus away from Trump’s own troubles. He has battled to rebound from release of a 2005 videotape in which he boasted about groping women.

Trump had already narrowed Clinton’s lead in national opinion polls and is leading in some battleground states where the election is likely to be decided.

Daily tracking polls should reflect soon whether the new controversy is having an impact on the race. Millions of Americans have already voted.

Sources close to the FBI investigation have said the latest emails were discovered as part of a separate probe of former Democratic U.S. Representative Anthony Weiner, the estranged husband of Huma Abedin, who is Clinton’s closest aide and confidante.

Weiner is the target of an FBI investigation into illicit text messages he is alleged to have sent to a 15-year-old girl in North Carolina.

The Wall Street Journal reported that federal agents are preparing to spend weeks examining about 650,000 emails contained on Weiner’s laptop to see how many relate to a prior probe of Clinton’s email use. If Clinton wins the election, the controversy could cast a cloud over her White House transition.

Trump said the email cache could represent a “motherlode” of emails including the 33,000 Clinton has acknowledged deleting after deeming them of a personal nature. Trump has tried to raise dark suspicions about these emails.

“We never thought we were going to say thank you to Anthony Weiner,” Trump, long a critic of Weiner, said in Las Vegas on Sunday.

Democratic leaders are furious at Comey for injecting the issue into the waning days of the campaign after he declared in July that while Clinton had been “extremely careless” in handling classified emails while she secretary of state, that he would not charge her with a crime.

Clinton campaign chairman John Podesta and campaign manager Robby Mook questioned Comey’s decision to send a letter notifying Congress of the email review before he even knew whether they were significant or relevant.

Comey’s letter was “long on innuendo, short on facts,” Podesta said on CNN’s “State of the Union” program, and accused the FBI chief of breaking precedent by disclosing aspects of an investigation so close to the election.

“We are calling on Mr. Comey to come forward and explain what’s at issue here,” Podesta said, adding the significance of the emails was unclear.

“He might have taken the first step of actually having looked at them before he did this in the middle of a presidential campaign, so close to the voting,” Podesta said.

Comey’s letter was sent over the objections of Justice Department officials. But those officials did not try to stop the FBI from getting the warrant, a source familiar with the decision said, because they are interested in the FBI moving quickly on the probe.