How Americans Will Remember the 2016 Election 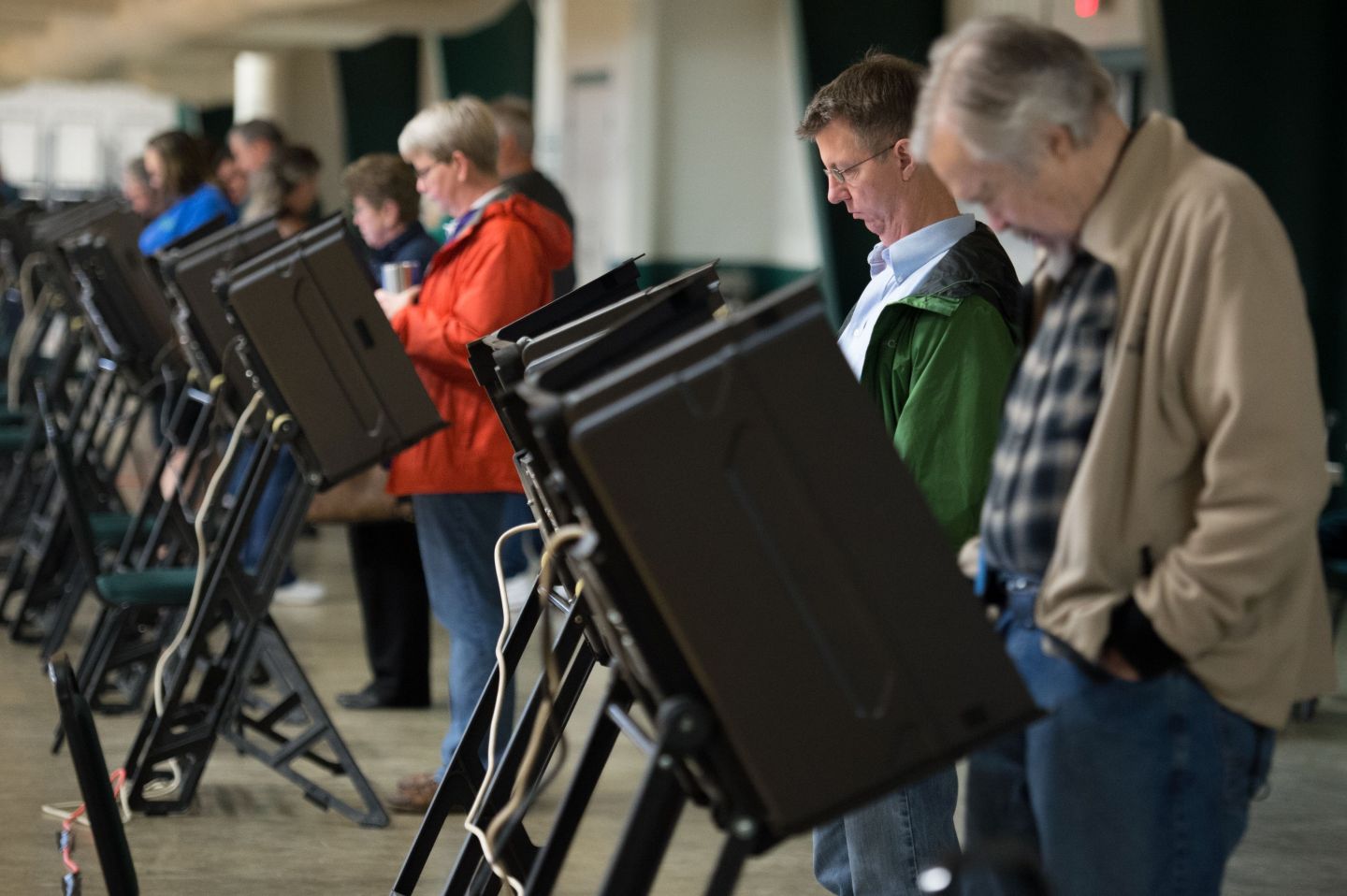 Photograph by Michael B. Thomas—AFP/Getty Images

Good riddance to Campaign 2016, the election that put the “ugh” in ugly.

Headed for history books a week from Tuesday, the duel between Hillary Clinton and Donald Trump became a battle of “nasty women” and “bad hombres” vs. “deplorables” and voters who are “irredeemable.”

A beauty queen, a Gold Star family, an ex-president and his baggage, the FBI director, even the pope were drawn into the fray.

At times, the campaign rhetoric has been so raunchy it’s forced middle-school civics teachers to censor their lesson plans. Thank Trump for that.

On June 16, 2015, minutes into a rambling campaign announcement speech, Trump was labeling Mexican immigrants as rapists and criminals.

He’s been horrifying or delighting people with provocations ever since.

Eleven Republicans were already in the race when Trump joined the field, with five still to come. It was reasonable to view the impolitic Trump as an improbable choice for the Grand Old Party.

Clinton, by contrast, strode into the Democratic race two months earlier with a commanding resume and a sunny announcement video that instantly made her the presumed heir apparent for her party’s nomination.

She looked poised to shatter “that highest, hardest glass ceiling” she couldn’t quite reach in a 2008 race against Barack Obama.

This time, it was Bernie Sanders who crashed her party and put the lie to the conceit of a cakewalk to the nomination.

In the end, no matter who wins, the next president will be one of the most unpopular ever.

“If the central promises of modern politics are peace and prosperity, we really haven’t had either for a long time,” said William Galston, a Brookings Institution scholar who served in Bill Clinton’s administration. “That created an atmosphere of discontent and protest that affected both political parties this year.”

The Republican primaries gave us “Jeb!” Bush, Marco Rubio, Ted Cruz and so many others that Republican debates had to be divided into two segments to cram everyone on a stage.

It wasn’t just Trump who went low in the primary scramble.

Rubio (“Little Marco” to Trump) mocked the New York businessman’s “small hands.” That triggered Trump’s reassurances during a debate that there were no problems with his genitals. Bush called Trump a liar, a whiner and a jerk.

None of it could trump Trump, with his fusillade of insults and bluster.

For all of that, it was Trump, incongruent in his suit and red ball cap, who best channeled the anger of many Americans fed up with establishment politics.

On the left, it was Sanders, a grumpy socialist, who stirred passions with his political “revolution.” The young voters who’d powered Obama’s campaigns gravitated to him, not her.

Clinton struggled to explain her use of a private email setup and what the FBI director called her “careless” handling of classified information. WikiLeaks released tens of thousands of emails from the Clinton campaign that U.S. intelligence officials said were hacked by the Russians. They reveal plenty of angst inside her campaign about how to control the damage from her email practices and her equivocations about them.

The notion of electing the first woman as president had its appeal, but never generated the electricity attached to the election of the first black president.

Still, Sanders could not find a pathway to the nomination despite winning 22 contests. And Trump proved his lead in preference polls was for real.

After claiming the Republican nomination, Trump picked a fight with an American Muslim family whose son was killed while serving in Iraq. He questioned the fairness of an American-born judge of Mexican heritage. He made flip comments about what gun-rights advocates might do to Clinton if her Secret Service agents weren’t armed.

Clinton made her own errors. She dismissed half of Trump’s supporters as a “basket of deplorables,” and “irredeemable,” and only partly backed down when the comments became public.

Her September stumble after attending a memorial for victims of the 9-11 terrorist attacks fed into Trump’s questions about her stamina. It turned out she had pneumonia, which she’d hidden from nearly all of her staff.

Then came three debates, a proverbial train wreck that voters couldn’t look away from, setting records for viewership. A new bombshell dropped just in time for the second one: 2005 video of Trump making predatory comments about groping women.

Trump apologized, but waved off his “locker-room banter” and said he’d never really done what he’d claimed in the video.

A parade of women came forward to accuse him of making unwanted sexual advances.

Then some skittish Republicans bailed on him.

His response? Go nuclear against Clinton. In the front row for the second debate, Trump seated three women who had accused Bill Clinton of sexual impropriety, and Trump claimed with thin evidence that “Hillary Clinton attacked those same women and attacked them viciously.”

In the final debate, Trump refused to commit to accepting the results of the election, attacking the fundamentals of democracy.

As Clinton’s edge strengthened in late polls, Democrats dared to begin to exhale. Then the FBI said yet more emails had emerged and were being examined.

Less than half of voters still had a favorable opinion of her. Even fewer were impressed with Trump.

Princeton historian Julian Zelizer said the toxicity of the campaign will be remembered not simply as a fluke wrought by Trump but as part of a trend.

“More and more of the electorate sees themselves as almost living in two separate worlds,” Zelizer said. “When this happens, you tend to vilify the opponent.”

Near the end, a yard sign spotted in Arlington, Virginia, spoke to the ordeal the campaign had become.

It didn’t promote a candidate but rather a natural disaster: “Giant Meteor, 2016, Just end it already.”