Here are 5 Hot Halloween Costumes for 2016 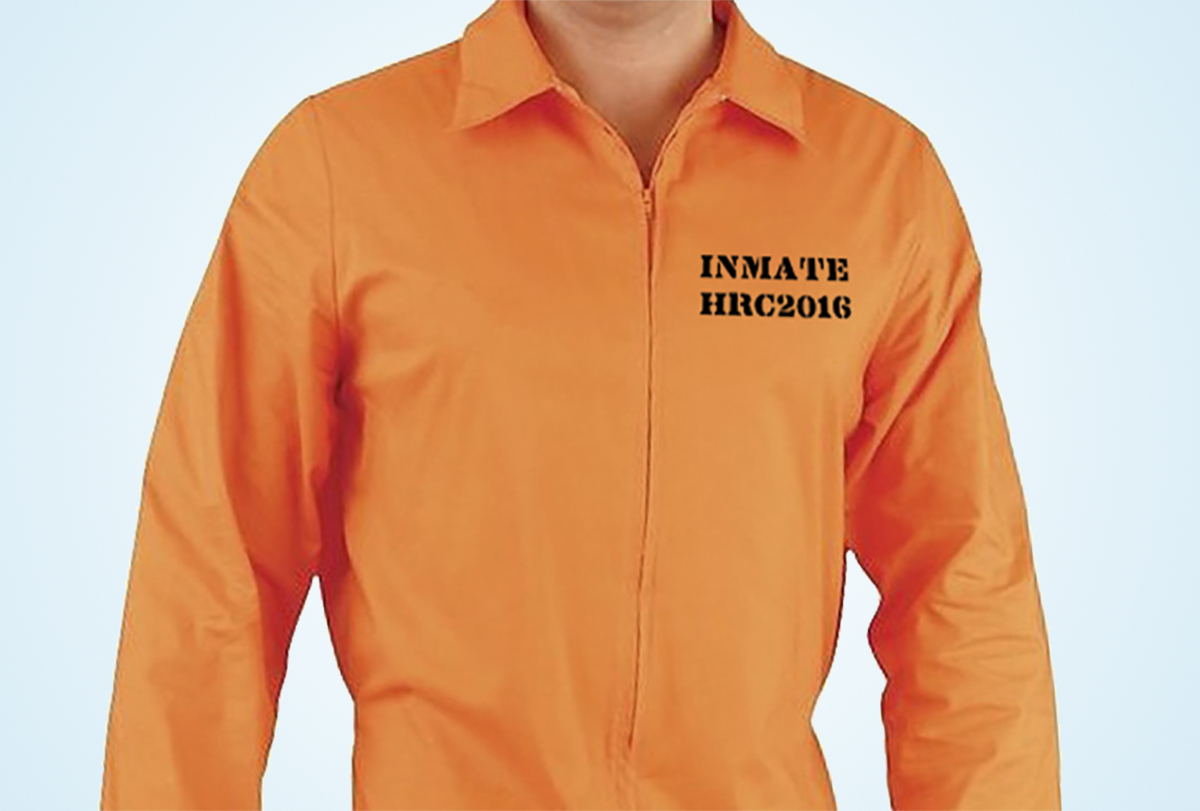 This piece originally appeared on Money.

According to search data provided by Walmart (WMT), the trendiest Halloween costumes for 2016 are the uniforms from the “Ghostbusters” reboot, Harley Quinn from “Suicide Squad,” Charizard from Pokemon Go and Marshall from Paw Patrol. To those with kids, no real surprises.

But what about the grownups?

If you want to make an educated guess about what you might see adults wearing this year at Halloween parties, your best resources are news and social media. Adults frequently base their costume choices on the major players of current world events, even those that may be traumatizing them.

For example, in 2014, many Americans were certain that an Ebola epidemic would decimate the U.S. population, so it made sense to manufacture a “Sexy Ebola Costume.” One year later, with everyone still alive, the craze was forgotten, along with the costumes.

But 2016 is a new era, with new threats, new anxieties and, perforce, new costumes.

MONEY takes a look at some of this year’s trendiest Halloween costumes, which distill the essence and popular culture of 2016 better than the others. This list only includes costumes that are currently available, which means that the recently discontinued Kim Kardashian “Parisian Heist Robbery Victim” costume kit didn’t make the cut.

Hillary is the New Orange

Are you a Hillary Hater who enjoys chanting “lock her up,” but you still don’t know how to manifest this sentiment in costume? Worry no more.

You will be pleased to know that a full get-up depicting Secretary Clinton in orange prison garb is available.

The costume comes from Hillary Is the New Orange, an e-shop that sells everything you need to transform yourself into the most hated person at a Trump rally. It consists of an orange jumpsuit emblazoned with the name “Clinton” on the back, a pair of handcuffs and a mask depicting the two-term senator from New York. Another option is also available at Amazon (AMZN).

There may be a lot of Hillary Haters out there, but her Republican rival, real estate mogul Donald Trump, has no shortage of detractors. Men who want to dress up as him only need to slap on a suit and a hideous orange wig, but what about the women who want to get in on the fun?

For those with XX chromosomes, Yandy.com is selling a “Donna T. Rumpshaker” costume. This female-friendly take on the Republican candidate’s daily garb includes a form-fitting suit with a red power tie. The “Combover Politician Wig” and “Making America Great” hat, however, are sold separately.

This year’s presidential campaign has strained personal relationships and has been described as a trigger for sexual abuse survivors, making it the most contentious in recent memory. Despite this fact, there are still undecided voters out there, such as Ken Bone, an attendee at the second presidential debate.

His appearance turned him into an Internet superstar overnight, and he has subsequently been personified by the “Sexy Undecided Voter” costume. It comes complete with red sweater, glasses and mustache. (You can also just buy the red sweater and be done with it.)

It’s hard to remember a year in which more beloved musicians passed away than 2016. Glenn Frey of the Eagles, Maurice White of Earth, Wind & Fire and country singer Merle Haggard all died in just the first few months of the year. But arguably, the most painful loss was that of David Bowie, who died on Jan. 10 from liver cancer.

Bowie fans can memorialize him by dressing up as his gender-bending “Ziggy Stardust” character in Walmart’s “Glam Rocker” costume by Toynk.com. According to the product page, $53.99 will allow you to “capture Ziggy Stardust’s trademark look and start dancing in the street,” even without the express written permission of the David Bowie estate to use his image and likeness.

For more on Halloween, watch this Fortune video:

The Costume Possibly Known as Prince

One of the other traumatic musician deaths of 2016 was that of Prince, who died April 21 from an accidental overdose of fentanyl. HalloweenCostumes.com has made a costume available to his grieving fans, although apparently they didn’t secure the rights to use his name, which may be why they’re referring to it as the “Men’s Purple Rock Legend” costume. Also available: Just the wig.

Consisting of a purple coat, satin shirt with chiffon ruffles and pants with an elastic waist, this costume still requires a wig and inflatable guitar, which can be added on the product page. Upon doing so, this get-up will provide you with the means of “purifying yourself in mystical Minnesota lake waters,” per the product description.