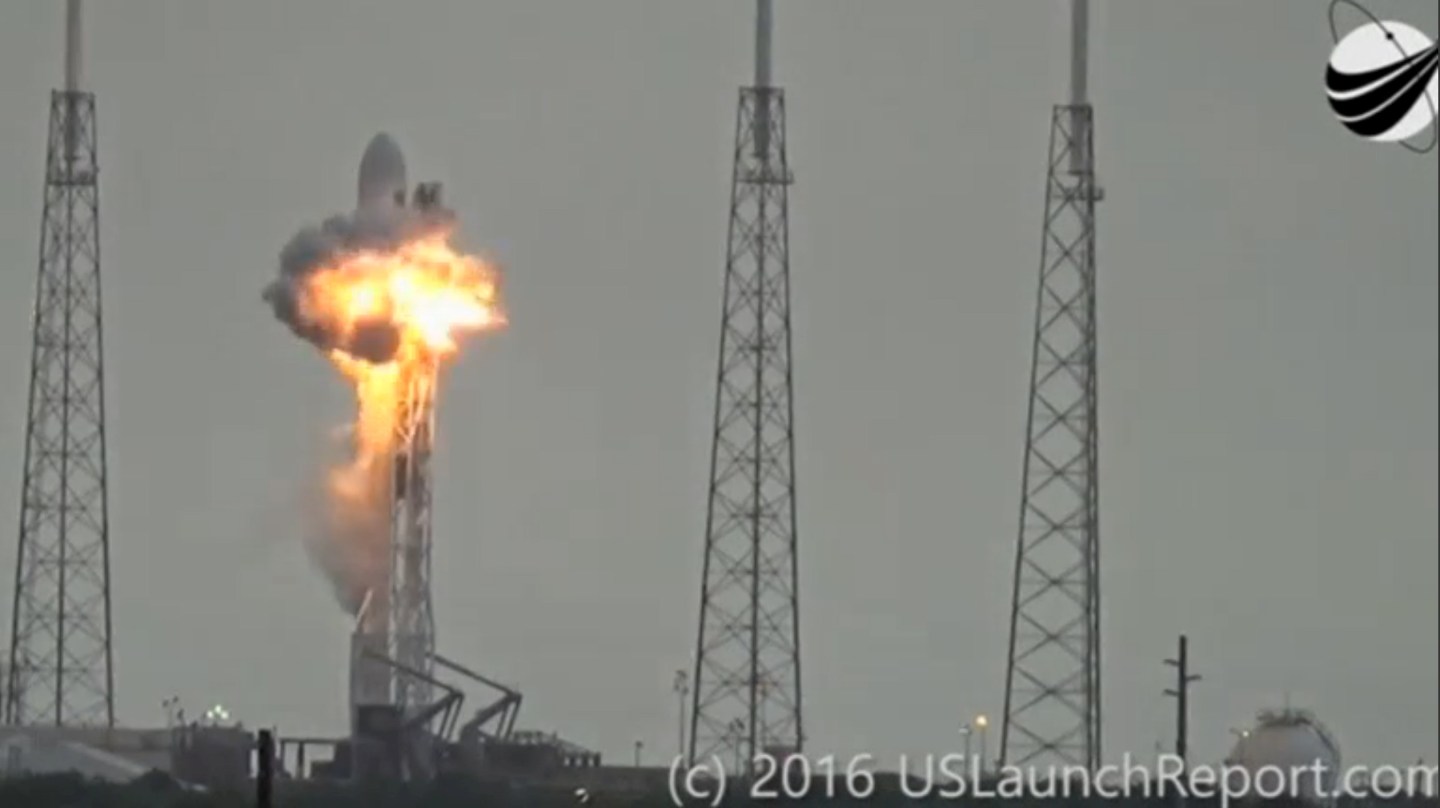 An explosion on the launch site of a SpaceX Falcon 9 rocket is shown in this still image from video in Cape Canaveral, Florida, U.S. September 1, 2016. U.S. Launch Report/Handout via REUTERS/File Photo ATTENTION EDITORS - THIS IMAGE WAS PROVIDED BY A THIRD PARTY. EDITORIAL USE ONLY. NO RESALES. NO ARCHIVE. MANDATORY CREDIT - RTX2OPRL
© Handout . / Reuters REUTERS

Correction: This article previously mistakenly described two separate satellites destroyed in the Falcon 9 explosion. The Amos-6 was a single craft, owned by Spacecom and leased by Facebook.

On Friday afternoon, SpaceX released an update on the investigation into the September 1st explosion of a Falcon 9 rocket during a test firing. Speculation has swirled around the event, including suggestions that sabotage may have been involved. Now, though, SpaceX says signs strongly point to problems with the handling of pressurized helium being loaded onto the craft.

Though SpaceX emphasizes that the “root cause of the breach has not yet been confirmed,” investigators, including representatives of SpaceX, the FAA, NASA, and the U.S. Air Force, have successfully recreated the fault that caused the explosion. The failure apparently hinged on “the temperature and pressure of the helium being loaded.” The announcement confirms preliminary findings released in September.

The update echoes findings in a previous Falcon 9 explosion in 2015, which was also blamed on a fault in the helium system. However, that accident was likely caused by a faulty strut, while the current investigation is focusing on problems with the pressurized vessels, known as COPVs, holding the helium.

As described by SpaceFlightNow, the Falcon 9 uses helium to maintain pressure in the rocket’s fuel tanks, keeping the tanks structurally sound as fuel is burned.

Even as it continues to search for the “exact root cause” of the failure, SpaceX says it working to develop “improved helium loading conditions that allow SpaceX to reliably load Falcon 9.”

The findings and commitment to improved safety will hopefully repair some of the damage to SpaceX’s reputation and relationships caused by the explosion. The accident destroyed both the rocket and its payload, including a satellite leased by Facebook, whose CEO Mark Zuckerberg showed apparent annoyance with events. The satellite, Amos-6, was built and owned by the Israeli company Spacecom, whose stock fell by more than 9% after the launch, threatening a planned acquisition.

SpaceX also says it will resume launch testing “in the coming days,” and hopes to resume launches before the end of the year, pending further results of the investigation.