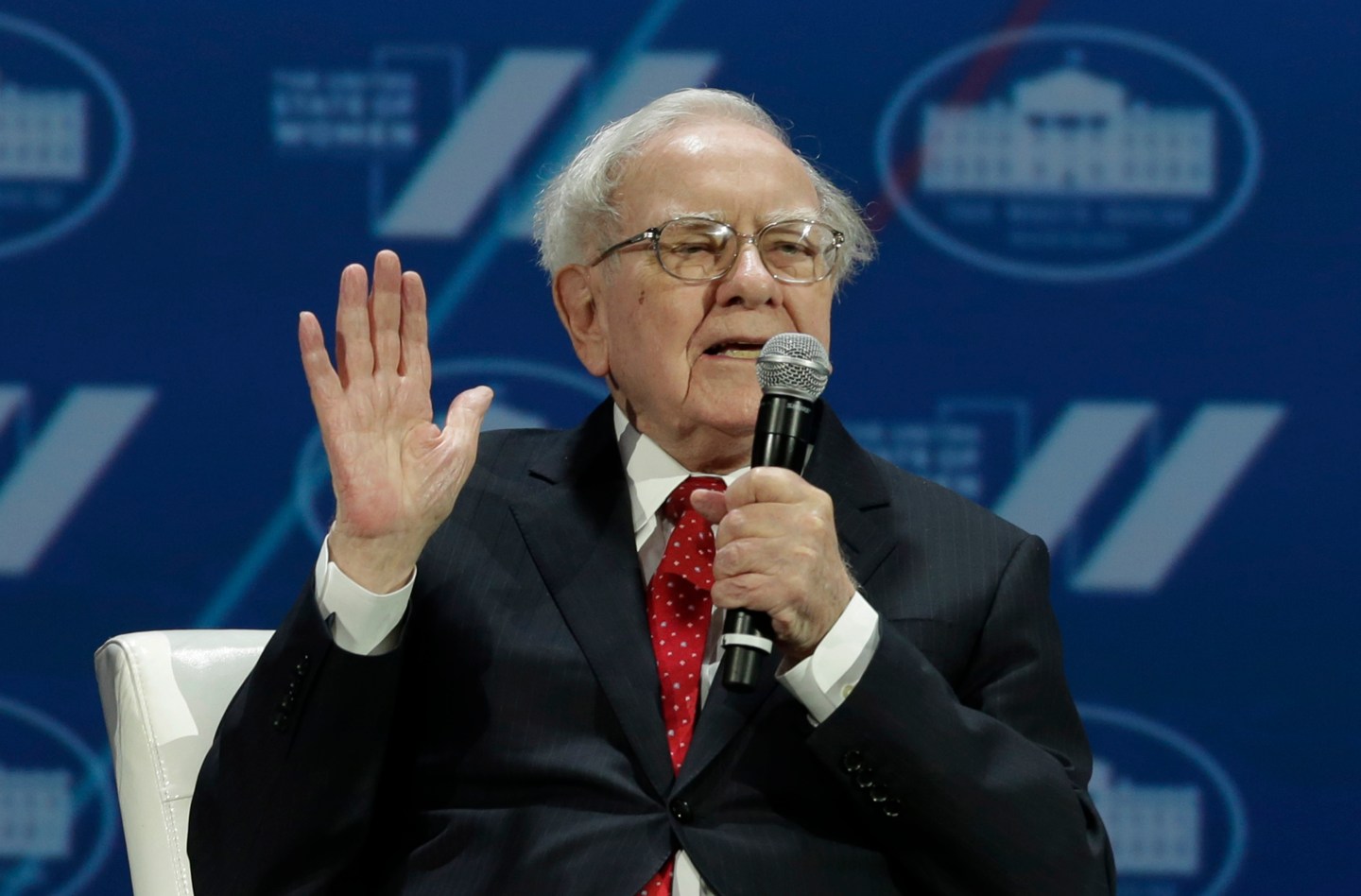 Wells Fargo‘s effort to recover from one of the worst scandals in its nearly 200-year history will face a major test next week, when Warren Buffett is expected to weigh in.

Buffett, who chairs Wells Fargo‘s largest shareholder, Berkshire Hathaway (BRK-A), had said he would wait until November to comment on the issue of the bank having created up to 2 million unauthorized customer accounts.

Staff at Wells Fargo (WFC), the third-largest U.S. bank, had opened these accounts in retail customers’ names without their knowledge in order to boost their sales figures, regulators alleged in a Sept. 8 settlement.

Berkshire, which owns about 10% of Wells Fargo, will file a quarterly report next Friday that typically includes details about its largest holdings.

Buffett can influence a stock price or even the makeup of a broader shareholder base by putting his stamp of approval on a company, or removing it.

Disclosing the status of the Wells Fargo investment could have a big impact, analysts and investors said. The bank’s stock was initially hit hard by the accounts debacle, but has recovered somewhat since its chief executive, John Stumpf, was replaced on Oct. 12.

“You can believe that Buffett had input into that whole thing: every decision that’s been made” since the scandal erupted, said Nancy Bush, an independent stock analyst with NAB Research.

Bush did not believe Buffett had reduced his stake in Wells Fargo, but said that “would be a big deal,” and that the quarterly report will be “closely watched.”

The Omaha, Nebraska-based company began investing in Wells Fargo in 1989, and quickly built a 10% stake at a cost of $289 million.

The percentage stake fell over time, until Buffett began ramping it up more than a decade ago. Berkshire eventually acquired roughly half a billion shares, reaching the 10% threshold again in March. Berkshire soon asked the U.S. Federal Reserve for permission to buy more.

Buffett is known as the “Oracle of Omaha” for his sharp-sighted investments, and has a reputation for propriety.

He took to the helm of Salomon Brothers in 1991 to repair its standing after the Wall Street bank was accused of illegal Treasury auction bidding. In testimony before Congress that year, Buffett said he would be understanding of employees who lose money, but admonished: “Lose a shred of reputation for the firm, and I will be ruthless.”

Buffett has not made any public statements about the Wells Fargo scandal, but CNBC reported in late September that he had spoken with Stumpf, and believed management had underestimated the extent of its problems.

“This is the kind of conduct Buffett hates, and I don’t expect him to pull any punches with respect to what went on,” said James Armstrong, president of Henry H. Armstrong Associates, a Pittsburgh-based money manager that owns $147 million of Berkshire stock.

Wells Fargo was, until recently, the most valuable bank by market capitalization globally. Its stock fell as much as 12 percent in the four weeks after it agreed on Sept. 8 to pay $185 million to settle charges by regulators and a Los Angeles prosecutor regarding the sham accounts.

Its shares have rebounded somewhat since Stumpf’s departure, with the stock closing at $46.41 on Thursday, up more than 6 percent from an Oct. 4 trough. However, Wells Fargo remains a laggard, down 14.6 percent this year compared with a 2.8 percent rise for the KBW Nasdaq Bank Index.

Though some investors and analysts were concerned about the notion that Buffett might have sold some of his stake, few believe he did.

Buffett does not typically shed large stock holdings unless they prove less worthy investments, or he finds something better, or he can buy or swap them for entire businesses.

And, if he were to start cutting down on Wells Fargo, he could face problems.

Berkshire is likely sitting on more than $10 billion in capital gains from the Wells Fargoinvestment, and could owe big taxes on gains it realizes, analysts said.

Indeed, other investors may follow suit if Buffett sours on the bank, driving down the stock price and complicating Buffett’s exit.

Asked on Thursday whether he thought Berkshire might have begun cutting its stake, Thomas Russo, managing member at Gardner, Russo & Gardner in Lancaster, Pennsylvania, a top-10 Berkshire shareholder and a top-50 Wells Fargo shareholder, said the question had “unsettled” his day. [

But he still has faith in the stock.