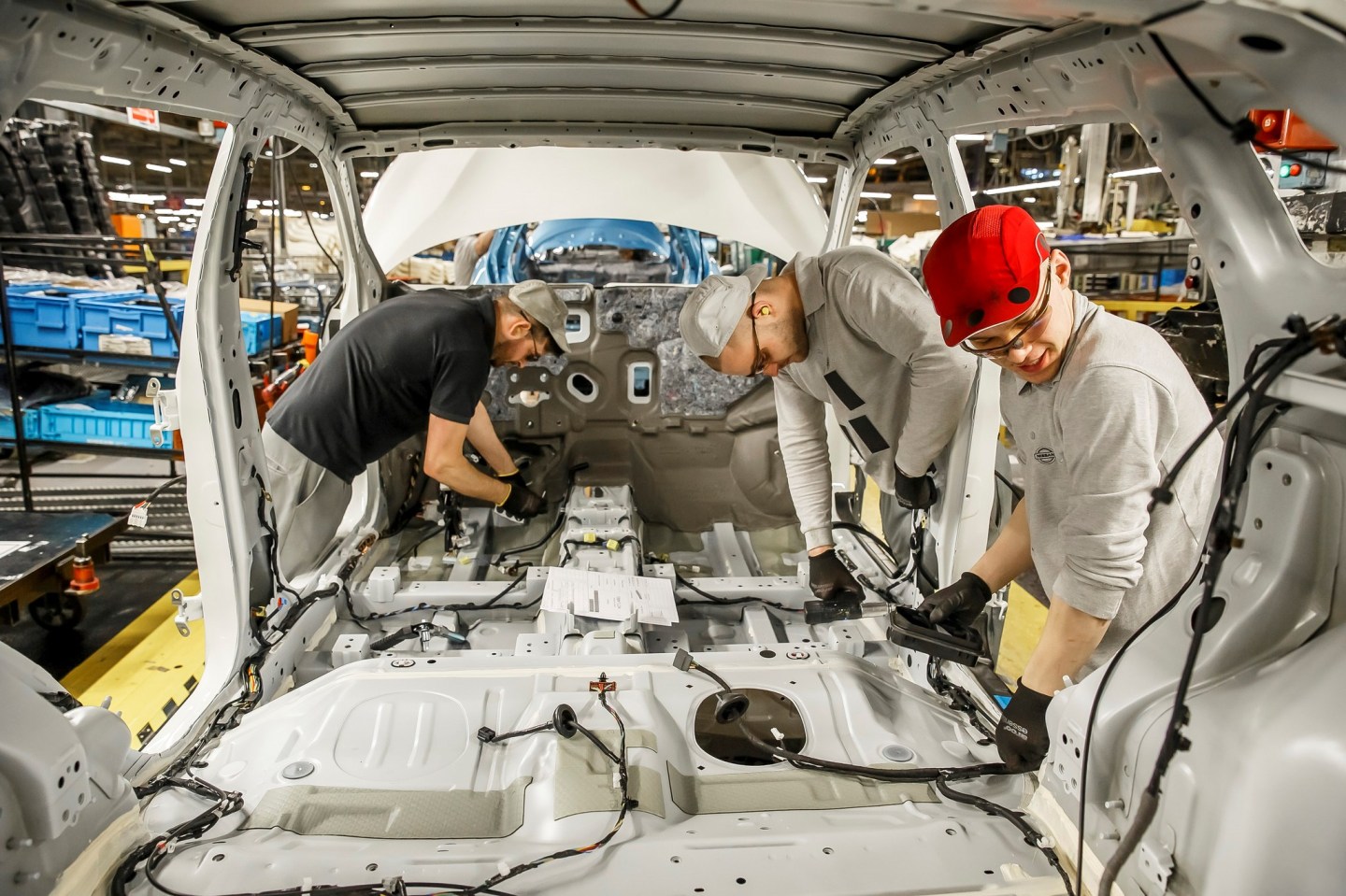 Production of Nissan Juke and Qashqai at Nissan Sunderland Plant

Britain’s business minister said he had not opened the “cheque book” to secure a major new investment in the country’s biggest car plant by Japanese carmaker Nissan, an announcement which was hailed by the government as a post-Brexit endorsement.

Nissan said on Thursday it will build two new models at its Sunderland facility, just weeks after warning it would halt new investment without a guarantee of compensation if tariffs were imposed on car exports as part of Brexit.

“This was not a haggle over money. This was a vote of confidence in the future of the automotive sector,” Business Secretary Greg Clark told BBC television.

“There’s no cheque book. I don’t have a cheque book,” he said, when repeatedly pressed whether the government had offered financial support in return for the investment.

A source told Reuters on Thursday that the government sent a letter to Nissan (NSANY) promising extra support in the event that Britain’s departure from the European Union hits the competitiveness of the plant in the north east of England.

Businesses have been concerned that Britain is headed towards a “hard Brexit”, which would leave it outside the European single market and facing tariffs on exported cars and engines and the imported parts used to build them.

U.S. automaker Ford (F), which made almost two thirds of Britain’s 2.4 million engines last year at two locations, said that any Brexit deal should apply across the industry.

“It’s got to be something that is not custom-made for each manufacturer,” Jim Farley, vice president for Europe, Middle East & Africa, told BBC radio. “I can imagine that the UK government is looking at the auto sector as a whole,” he said.