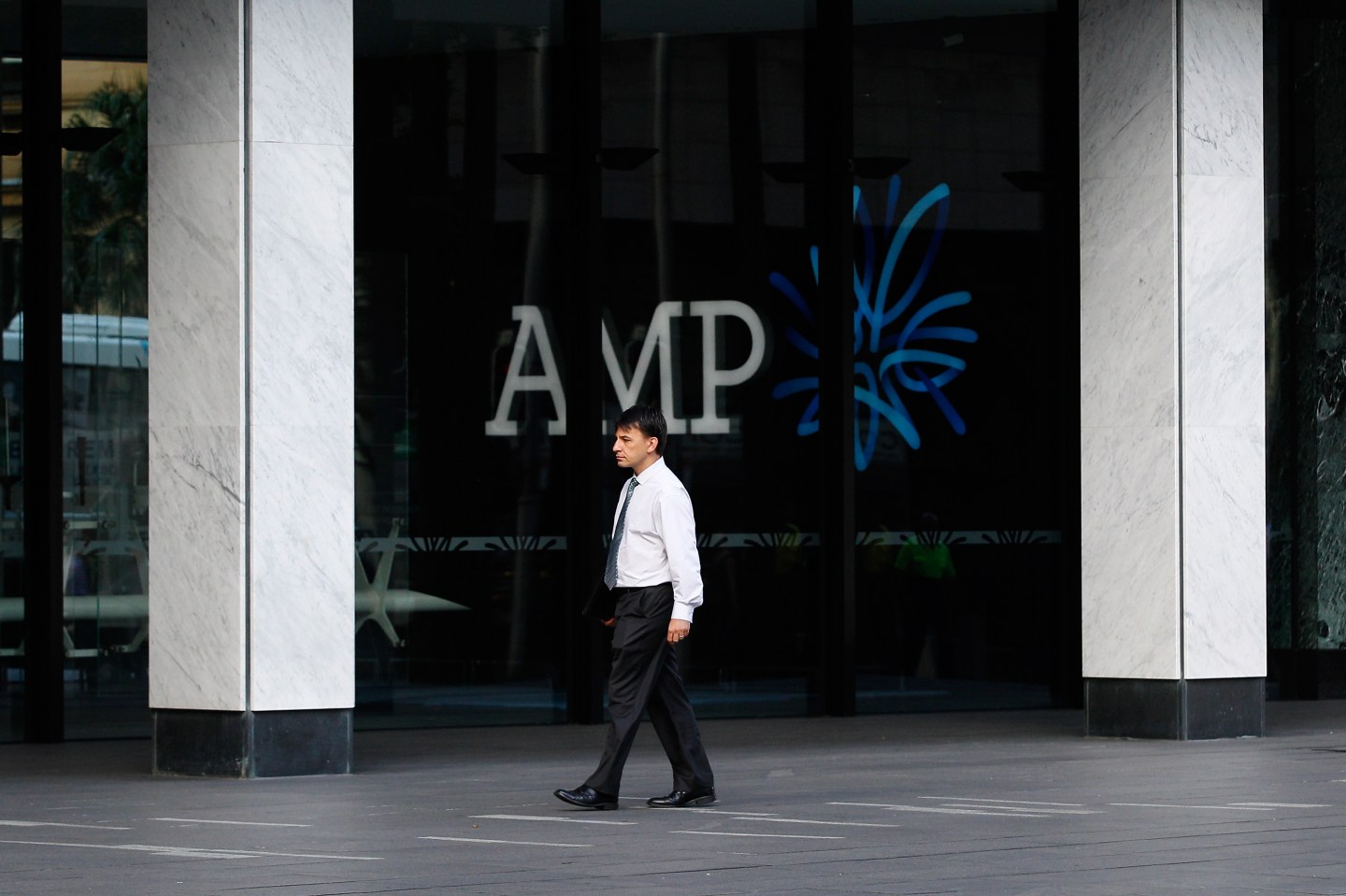 AMP Ltd, Australia’s biggest life insurer, warned it will take $910 million in impairment and other charges this year, the biggest financial blow so far to hit a sector that is reeling from a consumer backlash over a series of scandals.

The profit warning, which sent AMP’s shares sliding 9%, could renew calls for a wide-ranging investigation into Australia’s banks, many of which also have large insurance units.

The country’s life insurers have been in crisis since a joint investigation by Fairfax Media and the Australian Broadcasting Corp in March accused them of using discredited methods to refuse legitimate claims for insurance payouts.

That triggered calls for a Royal Commission to investigate the banks, while this month the prudential regulator said it was reviewing how life insurers assess policyholder payouts.

Although AMP (AMLYY) was not singled out in the Fairfax/ABC reports, the company said the industry has seen consistent deterioration over the course of the year that had “significantly impacted” its life insurance division.

“People aren’t picking up (insurance policies) and are downgrading private health insurance because of all the bad publicity,” said David Walker, senior equities analyst at Clime Asset Management, adding that he does not invest in life insurance stocks.

Independent Senator Nick Xenophon, who controls a powerful voting bloc in the upper house, told Reuters that the profit warning highlights the need for any Royal Commission to also look at greater transparency and consumer protection measures.

The conservative government has so far resisted calls for such a probe, saying new annual parliamentary hearings of bank bosses will suffice.

AMP flagged A$500 million ($380 million) in one-off losses and a goodwill impairment charge of A$668 million, underscoring pressure on AMP Chief Executive Craig Meller. Meller took the job in 2014 and has since been trying to turn around a life insurance business that had been underestimating the size of payouts.

The announcement comes just one day after AMP was among firms that the Australian Securities and Investments Commission said it was making refund customers fees for financial advice they never received.

The commission also found in 2014 that 37% of advice given by financial advisers in the life insurance sector did not comply with the law.

Among rivals, the Commonwealth Bank of Australia’s insurance division said in April it had used outdated and discredited definitions of heart attacks when denying claims to some policyholders.

AMP said on Friday that cashflows had been hurt by ongoing uncertainty about legislation leading to lower consumer confidence, a tougher regulatory environment and investment market volatility.

“It’s a pretty poor announcement,” said APP Securities private wealth adviser Matthew Felsman. “There is a reason for everything in this announcement, and not many answers.”

Some Australian banks have been withdrawing from life insurance to meet new rules requiring them to have higher cash reserves in relation to their mortgage books.

Australia and New Zealand Banking Group (ANZBY) is also reviewing its life insurance division with an update to the market expected on Nov. 3.

While shares in AMP tumbled to a two-year low, shares in other firms that sell life insurance were little affected.