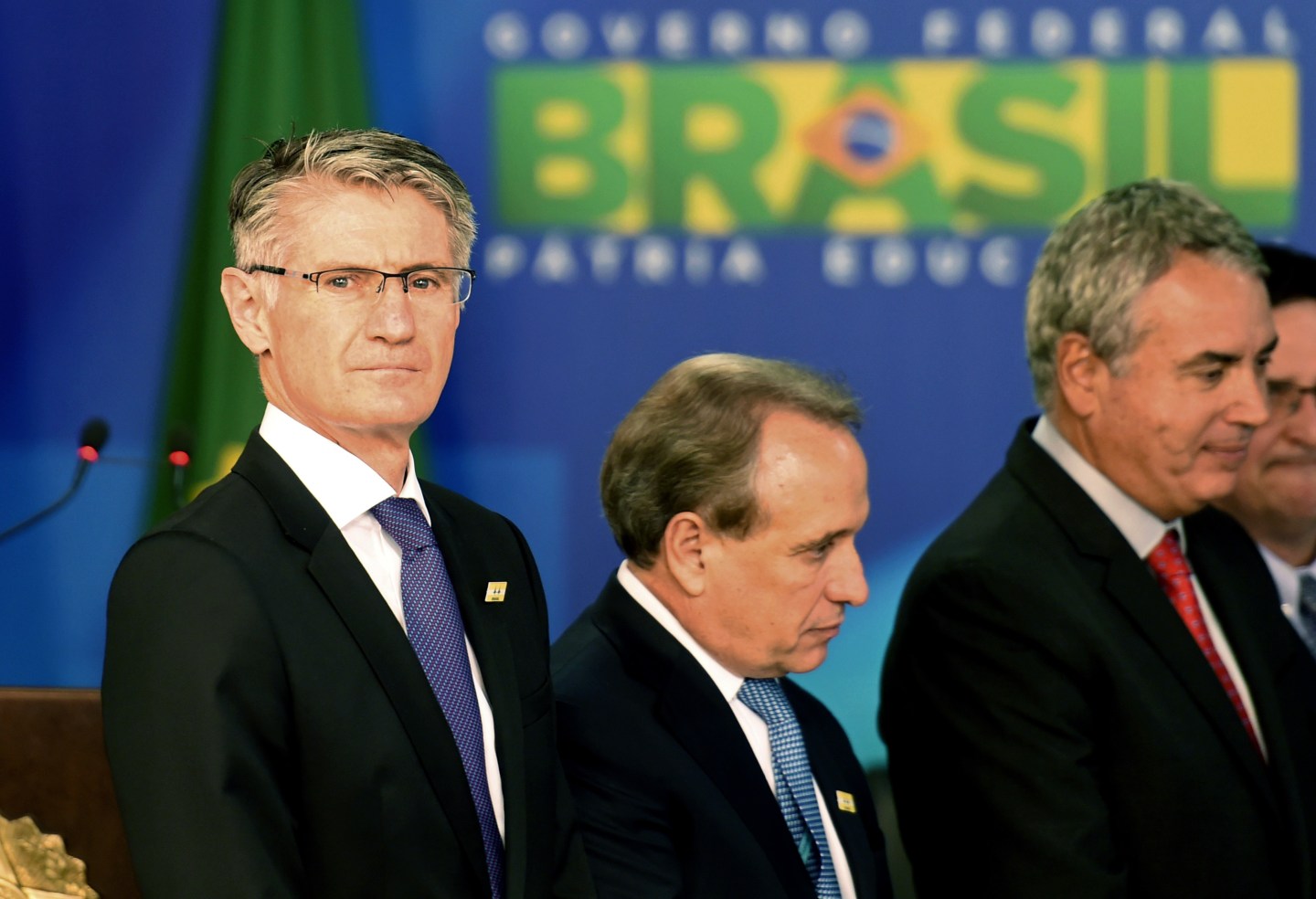 BHP Billiton said on Thursday its chief commercial officer, Dean Dalla Valle, who has led the company’s response to the deadly Samarco dam disaster in Brazil, will leave the company in March 2017.

Dalla Valle, who has been with the company for about 40 years, has agreed to leave as part of a move to centralize all of BHP Billiton’s (BHP) non-operated joint ventures under its Minerals America chief, Daniel Malchuk, the company said.

Dalla Valle has been based in Brazil since Samarco’s mine tailings dam collapsed nearly a year ago killing 19 people in the country’s worst environmental disaster. BHP will still have a large team on the ground in Brazil after he leaves.

Dalla Valle is not among the 21 people whom Brazilian prosecutors have charged with qualified homicide for their roles in the disaster. BHP Billiton has said it rejects those charges.

The company reviewed its Samarco, Antamina copper and Cerrejon coal joint ventures, where neither it nor its partners are the operators, after the mine tailings dam burst. It flagged the decision to centralize non-operated joint ventures in August, when it released a report on the dam tragedy.

For more on the mining industry, watch Fortune’s video:

Dalla Valle started as an apprentice electrician at BHP’s Illawarra coal operation and rose up the ranks over a long career to lead the giant’s coal business.