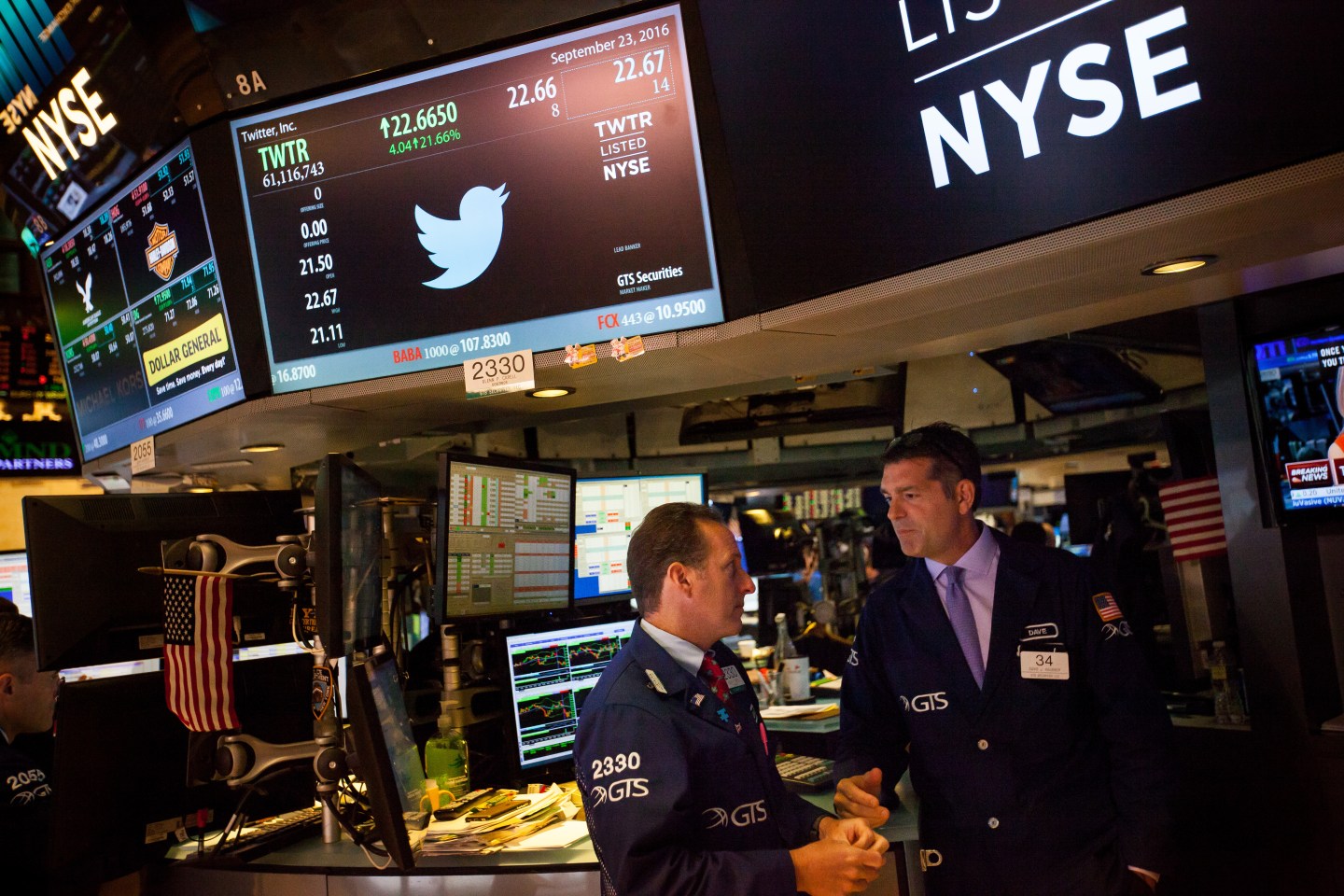 Now that Disney is reportedly interested in buying Twitter again, the micro-blogging site’s shares are back up.

The jump came after a report from Betaville said Disney had “rekindled interest” in buying the social network. The two companies have reportedly agreed on a share price “in the high 20s,” according to Betaville, which cited “well informed sources” on the matter.

According to Business Insider, Twitter’s (TWTR) shares rose more than 4% to over $18 per share during after hours trading despite Betaville acknowledging the rumor was “market gossip that hasn’t been tested through formal journalistic channels.”

Last month, several companies were interested in buying Twitter, including Salesforce (CRM), Apple (AAPL), Google (GOOGL), and of course Disney (DIS). At that time, Disney was reportedly working on a takeover bid for Twitter, and working with an investment firm to review both the financial data and the benefits of a merger.

When reports of the potential bid came out, Twitter saw its share prices spike—a welcome boost since the site’s shares have been down more than 50% in the past year, according to the report. However, shares plummeted once more after interest among the companies looking to potentially acquire the site faded.

Fortune has reached out to Disney and Twitter for comment and will update the story if we receive response.