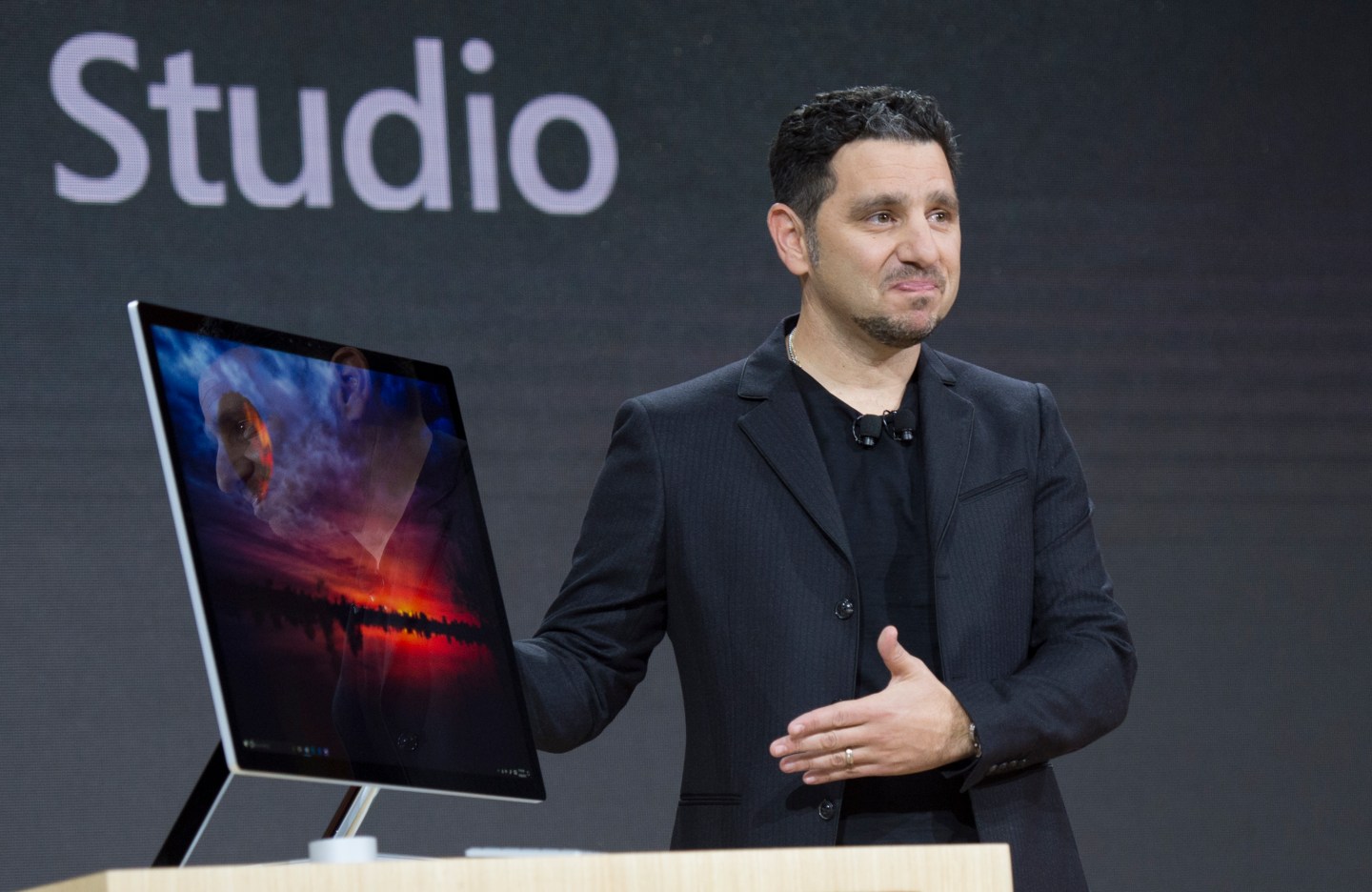 Panay says the Surface Studio has the thinnest LCD monitor ever built at just 12.5 millimeters slim. The chrome arm supporting the display is meant to disappear into the background so that the screen pops, says Panay. The all-in-one has a 28-inch touch screen with 13.5 million pixels, will run on Intel’s (INTC) Core i7 processor, and comes 32GB of memory. It also includes Cortana and Skype integration.

The Surface Studio has a flexible hinge with custom-tuned springs to support different viewing angles. It can even fold down so that it can almost lie flat on table or desk. As is the case with Microsoft’s other Surface products, the Studio also works with the Surface Pen.

But the company is launching a new accessory aimed at its all-in-one: the Surface Dial. As it’s name implies, it’s essentially a dial that users can stick right onto the Surface Studio’s screen to access certain controls. You can also use it off-screen to do things like flip through pages. Microsoft says this accessory will be available for the Surface Pro 4 and Surface Book as well.