How Not to Be A Racist Jerk on Halloween 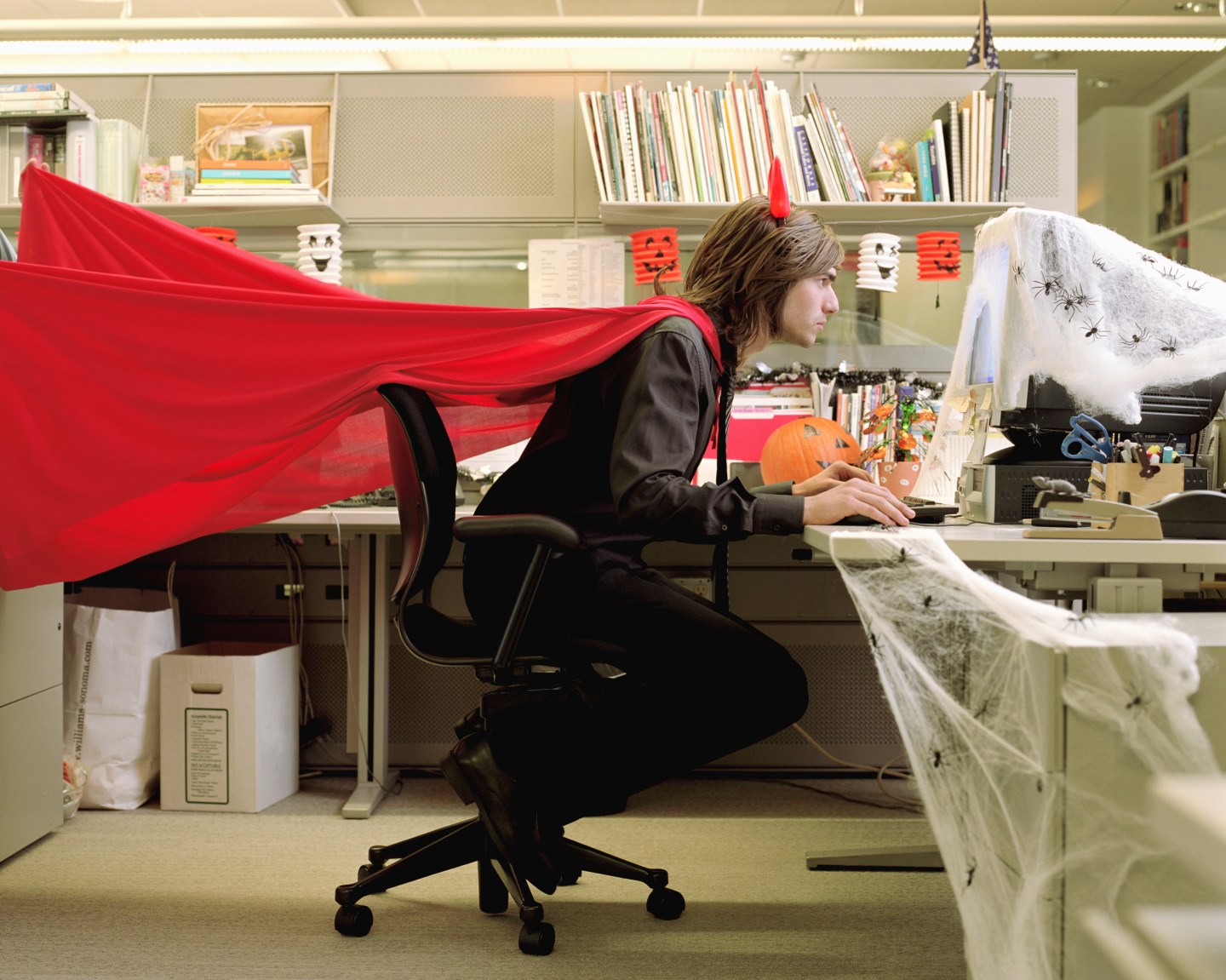 Halloween is always a busy time for people doing diversity work, as the opportunity for racist insults abound. For folks who enjoy it, Halloween is a time to be creative, perhaps exchanging the corporate mask for another, more expressive one. Something funny or maybe, a little edgy. But one mistake, even at the neighborhood ScareFest, and you’re a viral disgrace with your own hashtag.

Every year, it’s a thing. Imagine some people show up to work dressed in orange prison jumpsuits with the words “illegal alien” scrawled across the front – a popular choice in the past – who are then theatrically bricked into their cubicles by people wearing Donald Trump masks. Points for topicality, but you’re still going to HR. Please don’t paint your face black, brown, yellow or red. It’s always racist. No religious garb. No suicide bomber shtick. Skip the Black Lives Matter jokes. And yet, it will happen, and I’ll be linking to the inevitable aftermath stories next week.

This year, there’s the World Series to navigate, which is particularly tricky. Cub fans should probably avoid bringing Billy goats into the office, but Cleveland fans have a different problem. Their logo and mascot, “Chief Wahoo” is one of the more painfully racist images that remain in professional sports. Chief Wahoo appears on player jerseys and caps and can be found on merchandise that generates millions of dollars of revenue. It’s part of the Cleveland landscape. “It’s absolutely everywhere,” Philip Yenyo, 50, an artist and member of the Mexica tribe told the Washington Post. “You can’t escape it.”

From the same story: “Tara Houska, a tribal lawyer and prominent activist, finds no imagery in sports more offensive than Wahoo. He has blood-red skin, swollen cheeks, triangular eyes, a bulbous nose, an expansive grin and a single feather protruding from the back of his head. ‘It really is just a blatant racial caricature,’ said Houska.”

But there is hope. After decades of theatrically dressing like Wahoo at games, Cleveland superfan Pedro Rodriguez recently decided to dial back the cosplay. Where once he loved the way his spirited performance connected him with the crowd, years of sparring with Native American protestors slowly opened his mind. This year, Rodriquez lost the face paint and apologized to them on Opening Day. “I just thought it was the right thing to do,” he said. It’s a sweet story and a good reminder that sometimes it just takes a little time to realize that the world has changed and we can too.

Check out the links below for more on cultural appropriation, and you’ll find some good advice here on Halloween in the workplace from The Society for Human Resource Management.