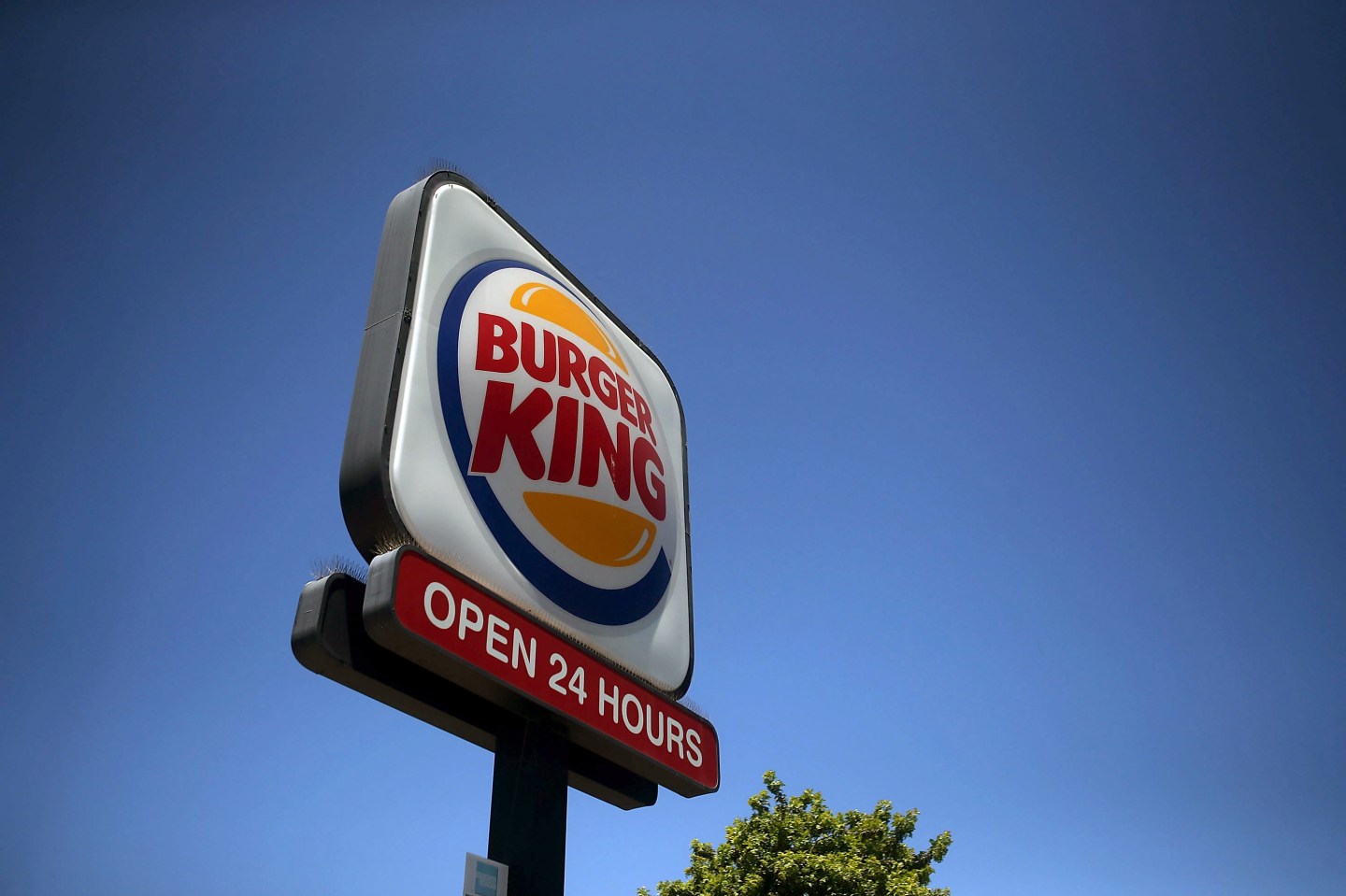 A Burger King in New York is really getting into the Halloween spirit.

The restaurant in the borough of Queens is covered by a “sheet” with the word “McDonald’s” spray painted on it. But the prank doesn’t stop there: A sign reads: “Just kidding, we still flame grill our burgers.” McDonald’s fries its hamburgers.

Savage. A Burger King "dressed up" as a McDonalds ghost for #Halloween. 👻 pic.twitter.com/RhVYfrfQnm

This isn’t the first time Burger King has pulled a stunt on its top rival. In 2015, the burger chain asked McDonald’s to combine efforts to create “The McWhopper”—a burger in recognition of World Peace Day. Burger King ran advertisements in the New York Times and the Chicago Tribune, and even made a website for the idea. But its effort was a no-go—McDonald’s CEO Steve Easterbrook turned down the idea.

And in April of the same year, Burger King’s official Twitter account got hacked. Suspicions that McDonald’s was the culprit emerged after the the account began falsely tweeting that it bought Burger King, but McDonald’s denied responsibility. Later on, the finger pointed at hacker group Anonymous.