Dear Millennials, Hillary Clinton Is Not a Power-Hungry Leader 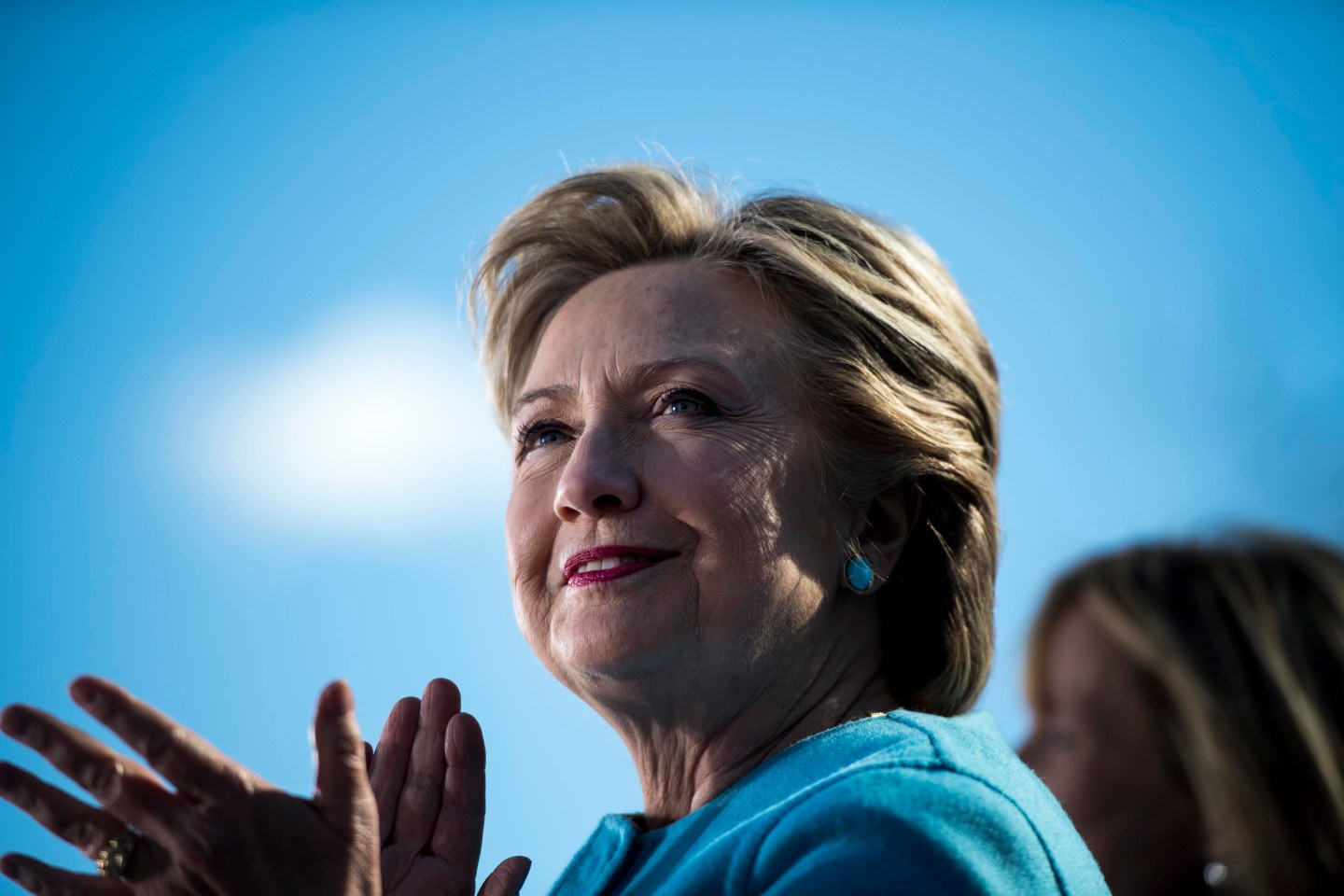 As the U.S. is approaching the final days of a long, painful slog of a campaign, nearly 70 million millennials who are 18-35 years old are eligible to vote and could help determine America’s next president come election day on Nov. 8. Voting — or not voting — means choosing among alternatives. The choices could not be starker, and that is what is so perplexing about millennials’ hesitancy to support the democratic nominee, Hillary Clinton.

It is time for millennials to get excited about Clinton. Really excited. Hit hard by the economic collapse of 2008, millennials flocked to Bernie Sander’s straightforward message of change and economic equality. Clinton has worked to pick up his mantle, appealing directly to millennials by imploring them to reject the bigotry of Donald Trump’s message and support her efforts to implement a progressive agenda that resonates with Sanders’ platform.

Clinton has paid dearly for her ambition and her decades on the national and world stage. Most millennials know Clinton through the narrative that defines her as a power-hungry woman under a haze of accusations across a wide range of topics. Their negativity reflects research demonstrating that as women become more successful, they are seen as less likeable. They also may see a politician who they believe will not make a difference and, more surprisingly, who does not care about their issues.

Many of those who came of age watching Clinton forge her highly visible path see a different woman. They see one who emerged on the national stage with a college graduation speech that was viewed as a rallying cry for her generation, in which she stressed the importance of practicing politics “as the art of making what appears to be impossible possible.” They see a former First Lady of Arkansas from 1979 to 1981 trying to fit into a culture that rejected a woman who did not take her spouse’s last name and who sought an independent identity. They see a woman who worked tirelessly on behalf of children.

They also see a former First Lady of the United States who demonstrated grit and resilience time and time again, bouncing back from the professional defeat of her health care reform efforts, and later choosing to keep her identity, family and dignity intact while the world watched and judged. And they see a former U.S. senator who built bridges across the aisle, and a former U.S. Secretary of State who helped rebuild America’s international prestige while addressing women’s rights and gender equality at the U.S. State Department and around the world.

Clinton is surrounded by photographers prior to testifying on Capitol Hill in Washington on Sept. 29, 1993 before the Senate Labor Committee.Doug Mills — AP

The strength of her leadership is built upon the barrage of negative attention that Clinton has withstood throughout her career. But wounds cause scar tissue to form, and psychic wounds cause psychic scars. It is difficult to appear vulnerable and authentic while being self-protective.

The challenge for Clinton, however, is that millennials strongly value authenticity. They are the most diverse generation in U.S. history, comprising 27% of the total minority population and 38 % of voting age minorities. Diversity and inclusion are not buzzwords, but a guiding principle – inconsistent with misogyny, insults of ethnic groups or the disabled, sexual harassment, or the abuse of power in the workplace.

The Clinton campaign has less than 2 weeks to convince millennials of the passion that drives her behavior and the authenticity of her words. Whether they choose to show up to vote and select Clinton as the next president, or choose to sit this one out, millennials will have left their mark on the future direction of the country.

Lauren Stiller Rikleen, president of the Rikleen Institute for Strategic Leadership, is the author of You Raised Us, Now Work With Us: Millennials, Career Success, and Building Strong Workplace Teams, and the forthcoming Ladder Down: Success Strategies for Lawyers from Women Leaders who will be Hiring, Reviewing, and Promoting You.