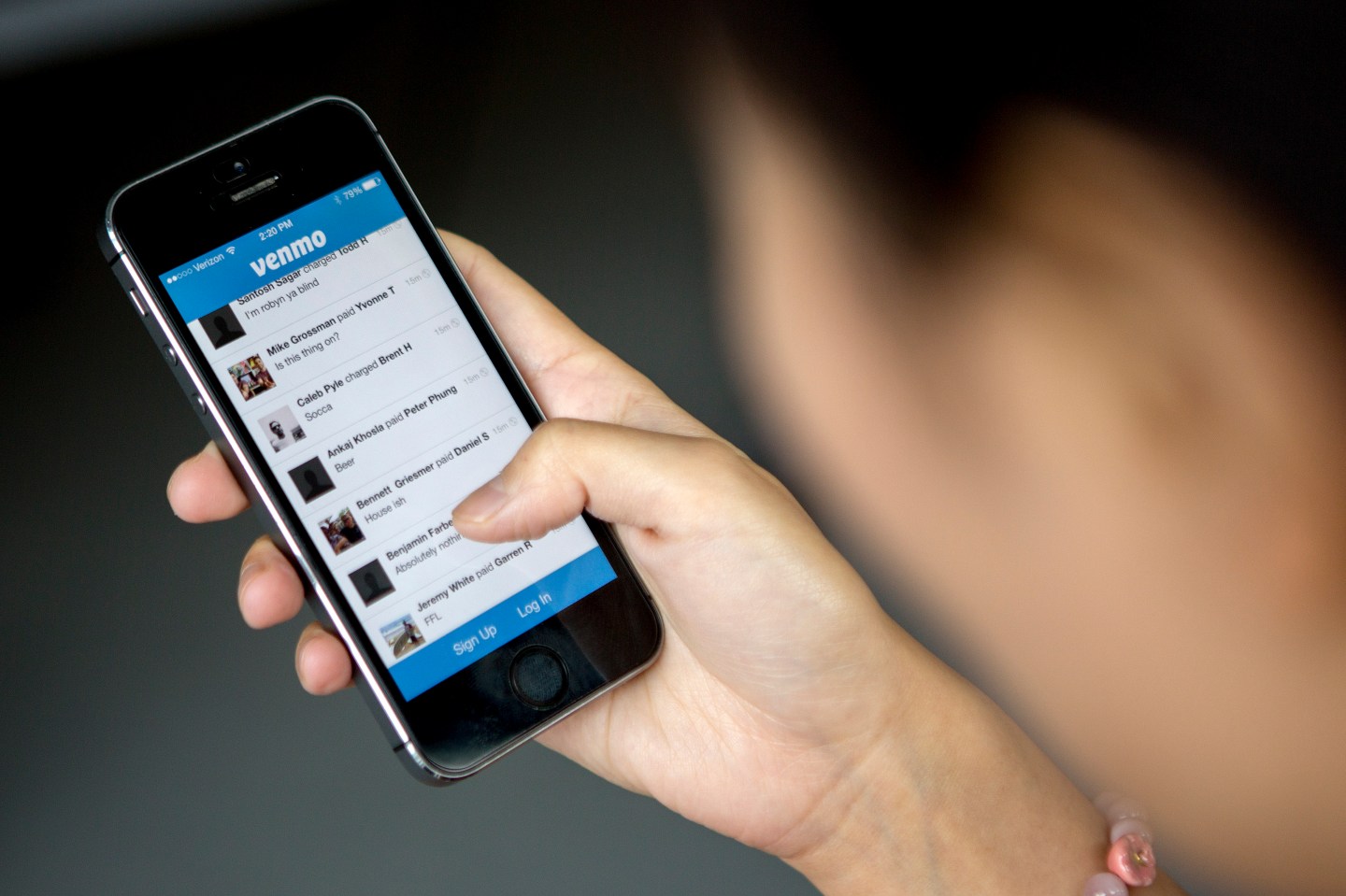 The Ebay Inc. Venmo application (app) is arranged for a photograph on an Apple Inc. iPhone 5s in Washington, D.C., U.S., on Friday, Aug. 22, 2014. After downloading the Venmo mobile-payment app onto a smartphone, users can connect them to bank and credit-card accounts, and then link up with friends to send and receive money on-the-go. Venmo, based in New York, alone handled $314 million in mobile payments in the first quarter of this year, up 62 percent from the prior quarter. Photographer: Andrew Harrer/Bloomberg via Getty Images
Andrew Harrer/Bloomberg via Getty Images

By the end of December some U.S. bank customers may begin to notice features of the new Zelle instant payments network appearing on their mobile phone and online banking apps as the financial industry tries to catch up to technology company rivals, such as Venmo.

Paul Finch, chief executive of the bank network operator, Early Warning Services, said during the weekend that buttons on user screens for digital payments at some banks will gradually start to use a uniform procedure for individuals to send and receive money.

Then early next year about 20 banks will put the Zelle name on their mobile apps and web pages. A Zelle app also will be offered to the public for connections through other institutions.

The consortium is taking a series of steps in its attempt to bring more than 100 million customers of banks and credit unions into Zelle without disrupting people who already use other ways to send money with phones and computers.

“This is about creating a wide, and inclusive, alternative to cash and checks for everyone,” said Finch, who was at the Money 20/20 payments industry conference in Las Vegas to promote Zelle for its bank owners.

The moves come five years after three of the biggest banks—J.P. Morgan Chase (JPM), Bank of America (BAC) and Wells Fargo (WFC)—formed a joint-venture, initially called clearXchange, to make it easier to send money to accounts at different banks.

But the banks were slow to bring other financial institutions into the fold and market the network and so lost momentum to technology company upstarts. Citigroup (C) did not agree to join until September. The banks only recently decided to use the name Zelle.

In the meantime, Venmo appeared. In the three months through September, Venmo processed $4.9 billion of person-to-person payments, up 131% from a year earlier.

But the banks have larger bases of customers to connect as they try to make Zelle ubiquitous. JPMorgan’s Chase “Quick Pay,” for example, processed $7.4 billion in the three months ended September, up 36% from a year earlier, according to bank spokeswoman Rebecca Acevedo.

The initial set of 19 banks to offer Zelle early next year has about 76 million customers using mobile banking apps and about 65% of U.S. checking and savings accounts, Finch said. Agreements in place with additional financial institutions, debit card networks and other payment companies, such as Fiserv (FISV), will bring the portion of accounts to 90% to 95%, Finch said.

The bank consortium owners decided that for Zelle to succeed it needs to look and work the same for everyone. But some banks already have made digital payment brand names, such as JPMorgan’s Quick Pay, familiar to many of their customers. Those banks will use the Zelle name prominently alongside their established names as Zelle catches on, Finch said.