10-Hour Layover in Iceland? Lucky You 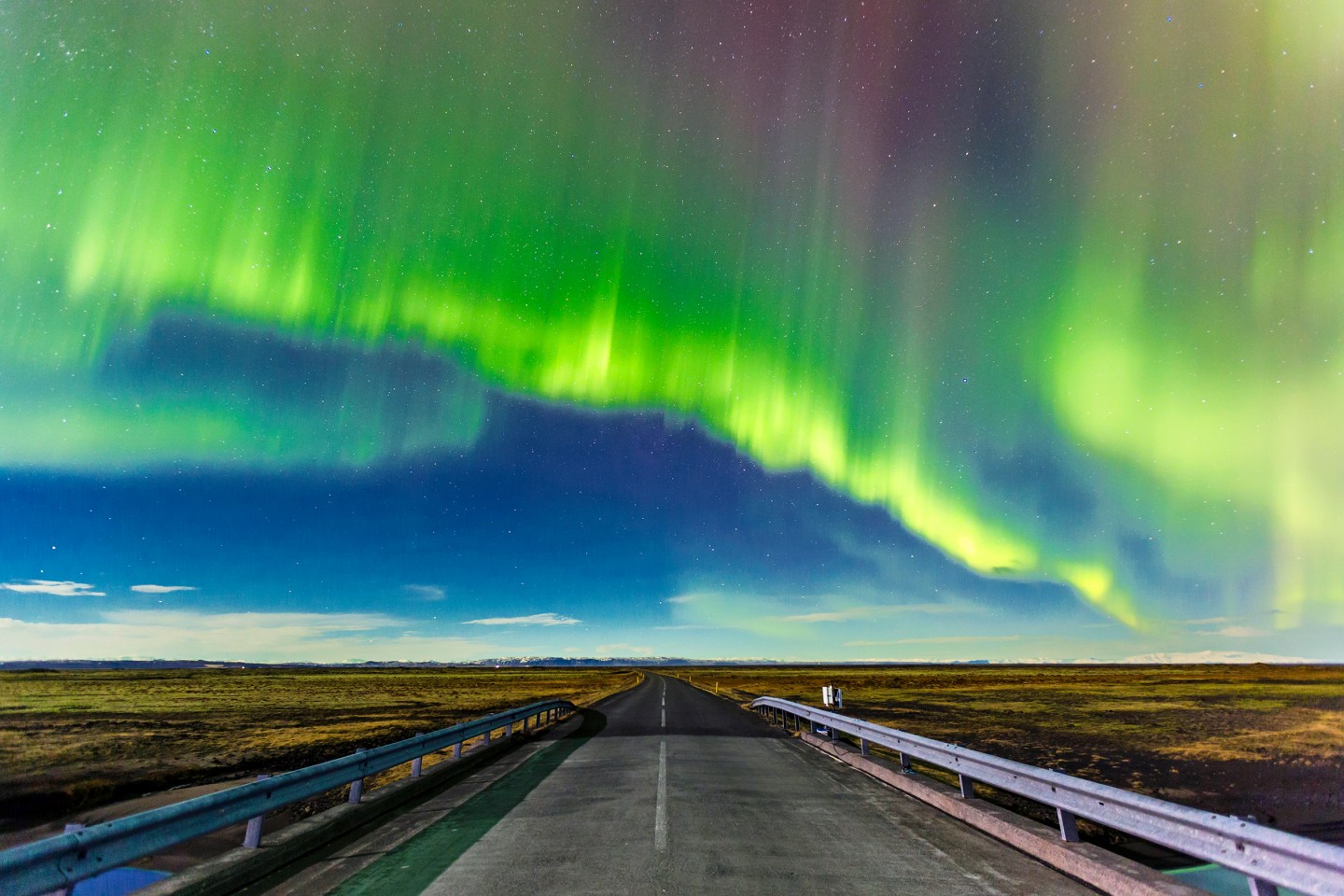 Icelandair is the largest public ­company in Iceland—and one of the country’s biggest boosters. The airline has differentiated itself by making the layover­, a scourge of international travelers everywhere, into a perk. The pitch: You’re flying from New York to London and you have to stop somewhere—why not spend some time in the land of primordial hot springs, rushing waterfalls, and otherworldly blue glaciers?

As of 2015 the airline has sweetened the deal, offering travelers a “stopover buddy,” an airline employee to accompany you around the country during your layover.

On a recent visit, Icelandair set me up with Margrét Halldórsdóttir, a veteran flight attendant with Viking-white blond hair and a lilting Icelandic accent, as a buddy. Behind the wheel of a manual-drive Jeep, she ably sped through Reykjavik, past Bjőrk’s house, and out along Iceland’s Ring Road, with the country’s windswept hillsides rolling off in every direction toward the freezing ocean. We stopped at Geysir, which flings steaming water 250 feet in the air; Gullfoss, a gigantic waterfall less than two hours from Reykjavik; and the front door of the President’s house (in Iceland, there is no fence). Halldórsdóttir, a consummate guide, conducted the tour with humor and charm, even bringing along a bag of kleiner, Icelandic pastries, as a grace note.

The author (right) and her Icelandair stopover buddy pause for a snack.Courtesy of Wally Nowinski

The buddy program, available from October through March, is part of Icelandair’s efforts to make summer-heavy Icelandic tourism a year-round affair. This season the program is focusing on the country’s winter festivals and lesser known attractions. Space is limited: The company had around 800 requests last year and just 150 spots.

That’s no surprise. Visitors to the country have increased threefold since 2010. Part of the credit goes to Icelandair itself, whose deft marketing helped drive the boom. Like a good prospector, the company discovered that Iceland’s most valuable natural resource was its scenery. Wherever the airline is taking you, expect the layover to be the highlight of the trip.

Start at Blue Lagoon, a short drive from the airport, and sip a green juice (or beer) as you float in milky blue water and apply natural-mineral skin masks.

Taste the perfect cinnamon buns from Brauð & Co. and bring them to Reykjavik Roasters for excellent coffee in a java-obsessed country.

Shop along the Laugavegur, the main shopping street, which is closed to cars (just don’t try to pronounce it).

Shopping along the LaugavegurGetty Images

Get out of town. Drive to Gullfoss waterfall by way of Thingvellir National Park, which some scholars believe to be the birthplace of modern democracy.

Take in the surreal landscape and moss-covered rocks in Thorsmork, which translates to “Thor’s Garden.” ATV rentals (summer) and northern lights tours (winter) are also available.

Grab dinner in Reykjavik. Saeta Svinid Gastropub is Iceland’s answer to Manhattan’s Spotted Pig. Or just pick up one of the city’s famed street hot dogs.

A version of this article appears in the November 1, 2016 issue of Fortune with the headline “10 Hour Layover? Lucky You.”