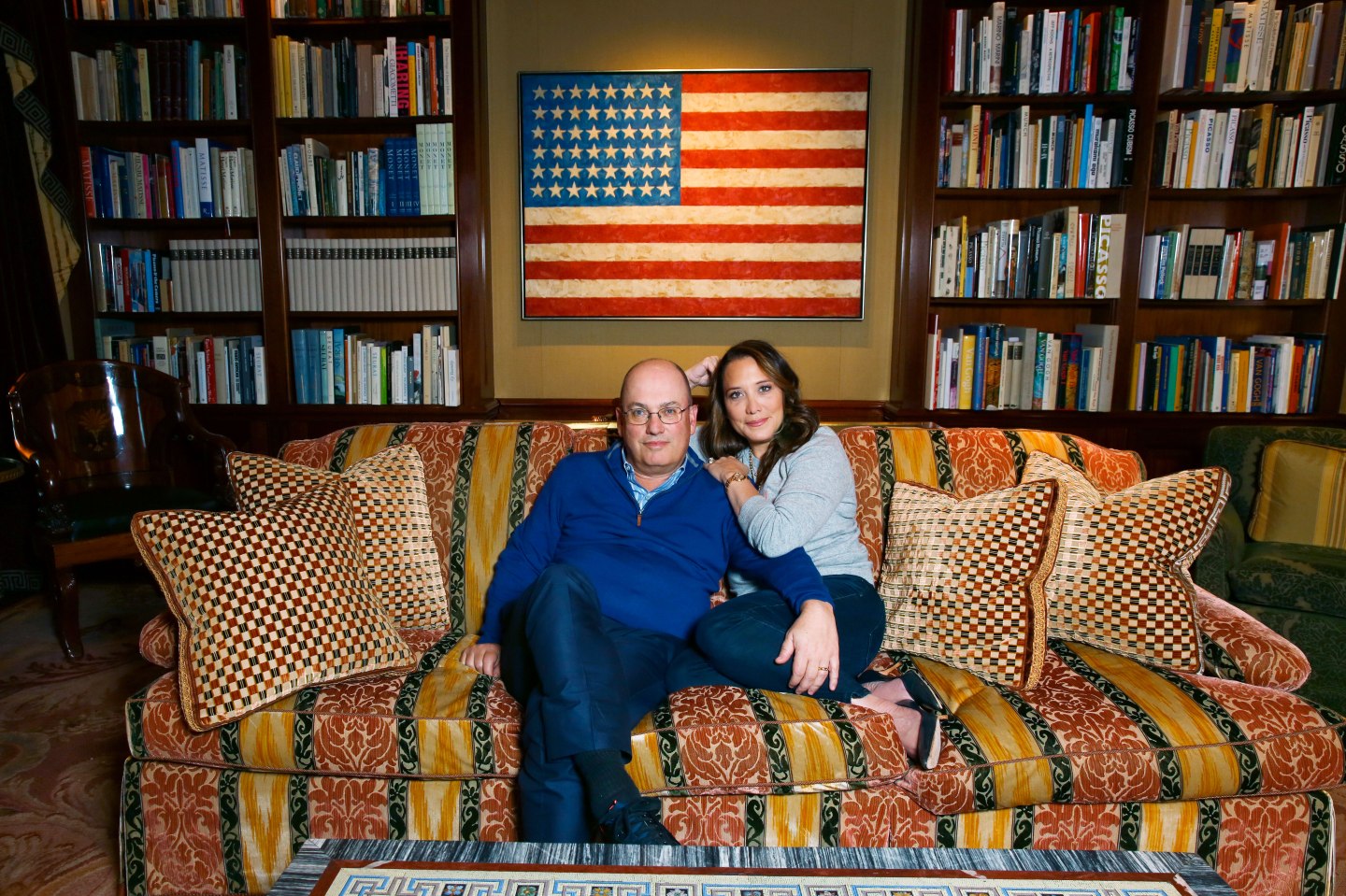 In addition to the nearly $11 billion of his own money that Steve Cohen manages out of his family office, Point72, the legendary and controversial trader is also one of the world’s most avid art enthusiasts. His collection of paintings and sculptures by Picasso, Andy Warhol, Jeff Koons and other celebrated artists is valued at an estimated $1 billion.

Cohen keeps much of his collection at Point72’s offices in Stamford, Conn., New York, London and Asia. Rotated among those offices about once a quarter—a process that starts in the afternoon and can take all night—the art is so casually placed throughout the halls that employees occasionally brush up against it absentmindedly; one executive recently dropped her ID badge into one of the sculptures accidentally. “It’s mind-blowing what he’s put together,” says Larry Gagosian of the prestigious Gagosian Gallery chain, Cohen’s longtime art dealer and friend. “When you go to his home, you just see museum quality and beyond, incredible art you just don’t find in private homes.”

Cohen has acquired some of the most expensive and distinctive items in his collection since 2013, when his hedge fund, SAC Capital, was effectively shut down after pleading guilty to insider trading charges. Both friends and critics of Cohen see his continued art buying as a sign of just how little the shutdown of his fund, and Cohen’s own temporary ban from managing clients’ money, has affected him financially.

When it comes to buying art, “I am purely from the gut,” Cohen tells Fortune. “And I know right away. If it stays in my brain—let’s say I go see a picture, if I keep thinking about it, I know it’s something I like. If I forget about it, then I know, couldn’t care less.”

Cohen’s collection includes signature, quintessential works of sought-after artists. But in addition to buying art from Gagosian, at auction at Sotheby’s (BID) and Christie’s, and from other private collectors, Cohen also seeks out new works by lower-profile painters, even “going to a studio in Brooklyn and climbing up four flights of stairs to look at a painting by a younger artist,” Gagosian says. “He likes to test his mettle following and collecting artists who haven’t been totally formed and sanctified by the market.”

While Cohen will sometimes sell paintings at a profit, the investing aspect of art is only part of the allure of collecting for him—he does not approach it the way he trades stocks in the market.

“He probably enjoys looking at a painting that’s appreciating more than one that’s depreciating,” says Gagosian. “But I don’t think the financial part is a big part of it. He doesn’t like to make mistakes.”

“You can’t collect at that level for that many years and not have a real passion for it—at the end of the day, it’s not going to change his life financially,” Gagosian adds.

Below, a cross-section of Cohen’s art collection.

This painting is famous not only for its value but for its slapstick provenance. In 2006, Cohen agreed to buy it for $139 million from casino magnate Steve Wynn. The next day, while showing the painting to a group of friends, Wynn inadvertently put his elbow through the canvas—opening a six-inch tear that cost $90,000 to repair, knocked tens of millions of dollars off of its appraised value, and mired Wynn in a legal battle with his insurer (later settled out of court). In 2013, Cohen and Wynn reconnected, and Cohen bought Le Rêve for $155 million—at the time, the highest price ever paid for an artwork by an American collector (though it has since been surpassed). “Actually I thought it was funny, because who ever heard of anything so ridiculous?” says Cohen of the puncture incident.

Cohen’s purchase also came shortly after SAC Capital paid more than $600 million to settle insider trading charges with the Securities and Exchange Commission. “It probably made him feel good to continue to collect art,” Gagosian says. Now, Cohen says, he likes to play a game with guests who view the painting in his home: “I always ask them to try to figure out where the hole is, and there’s no way they can figure it out,” he says.

The Physical Impossibility of Death in the Mind of Someone Living, Damien Hirst, 1991

This work, a tiger shark preserved in formaldehyde, helped establish Hirst’s reputation as a leading member 0f the “Young British Artists” movement of the 1990s. Cohen purchased it in 2004, for a price variously reported between $8 million and $12 million; he subsequently paid Hirst to replace the original shark, which had deteriorated over the years. Art critic Robert Hughes, in a 2004 speech at Britain’s Royal Academy, called the piece a symbol of the “cultural obscenity” of the international art market.

It hasn’t been reported how much the Cohens paid for Balloon Dog (yellow), but an orange version from the same Koons sculpture series sold at auction in 2013 for $58.4 million. The Cohens frequently lend their dog out to museums. When it’s at home with them in Greenwich, Conn., it lives in their front courtyard, which means it shows up on some aerial-photography Google maps.

Johns painted more than three dozen works inspired by the American flag, but the Cohens’ painting is one of only a few in private hands. Cohen bought it in 2010 from the son of Johns’s art dealer, for a reported $110 million. After the Flag purchase, a Christie’s executive quoted in the New York Times said that Cohen owned “the most comprehensive collection of American postwar images in private hands.”

Giacometti’s work has ranked among the hottest properties at recent years’ art auctions. And L’homme au doigt has the distinction of commanding the highest price ever for a sculpture: Cohen bought it at a Christie’s sale in May 2015 for $141.3 million, including fees.

Gasthof, a semi-surreal, partial self-portrait (that’s the artist on the left, in the photo of the painting above), sold at a Christie’s auction in 2014 to Larry Gagosian, Cohen’s art dealer, for just under $17 million. It’s part of a crowded collection of art that Cohen rotates among Point72’s offices.