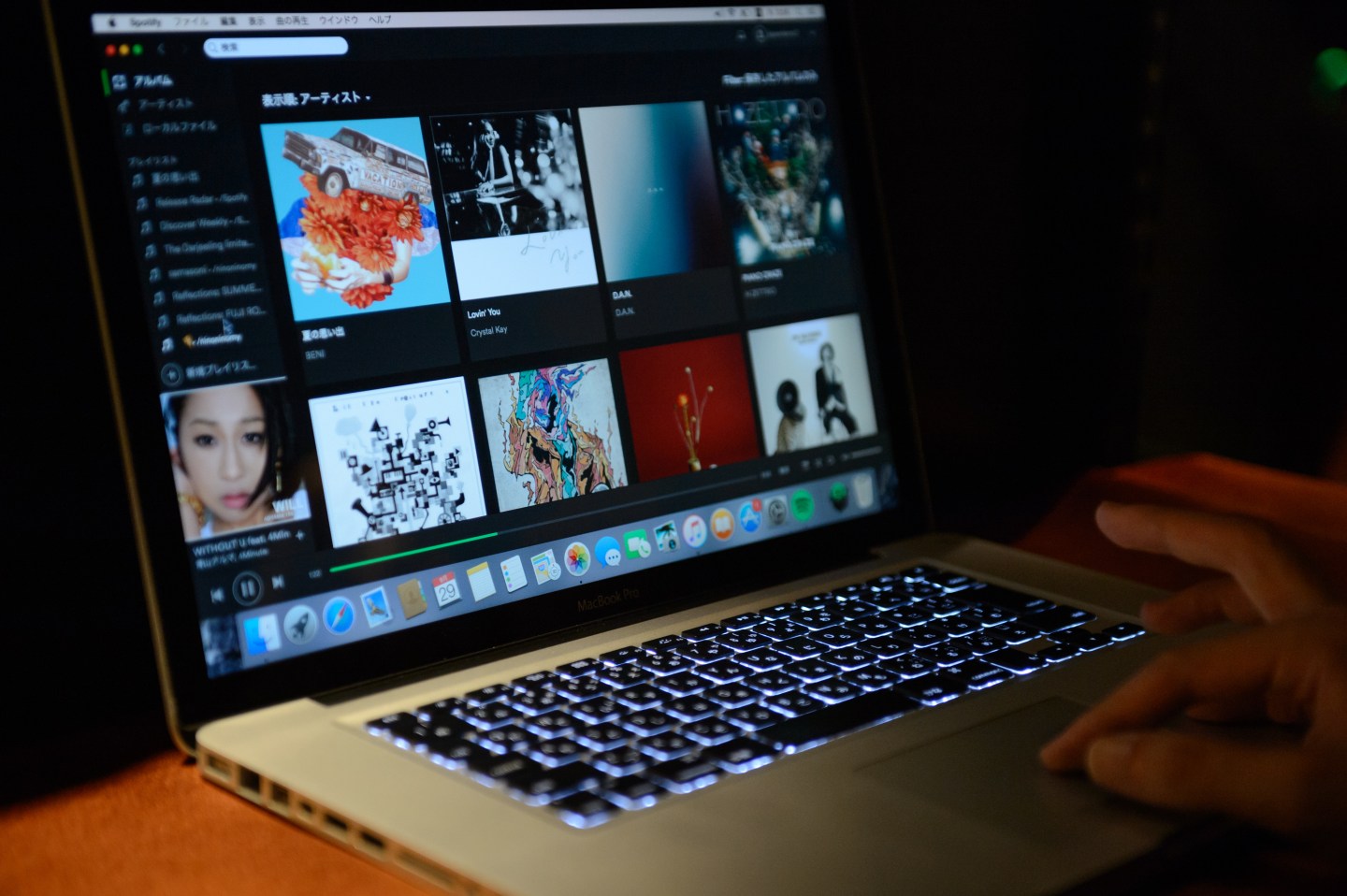 An attendee tries out Spotify Ltd.'s music streaming service, operated by Spotify Japan K.K., on a laptop computer during a launch event in Tokyo, Japan, on Thursday, Sept. 29, 2016. Spotify Ltd. is bringing its popular online music service to Japan, a large and lucrative market where fans have demonstrated a continuing fondness for CDs and even vinyl records. Photographer: Akio Kon/Bloomberg via Getty Images
Photo by Akio Kon—Bloomberg via Getty Images

Goldman Sachs (GS) is adding another unlikely recruiting method to its list.

The bank will stream ads on music streaming service Spotify (SPOTIFY) in an attempt to reach a younger, more diverse audience, Bloomberg reports. Goldman Sachs, which invests in Spotify, will feature both audio and banner ads on the platform, with the theme of making a difference in the world.

“It’s a place where talented people from diverse backgrounds come to make a difference—from building a new app to managing an IPO,” the audio ad states. “We’re people who have studied the humanities, science, math—you name it. When you want to make an impact in unexpected ways, think Goldman Sachs.”

This is one of a handful of ways the finance company is trying to reach a younger and wider audience. It has previously worked with Snapchat and Vox Media, owner of The Verge and Eater, as well. “We’re trying to be valuable and help young people understand Goldman,” Amanda Rubin, global co-head of the company’s brand and content strategy, told Bloomberg, acknowledging that those platforms are “unconventional” for them.

Goldman Sachs has also recently made changes to the way it recruits on college campuses. Rather than conducting interviews at elite schools like Harvard and Yale, it now conducts video interviews, effectively opening up the process to a wider group of students.