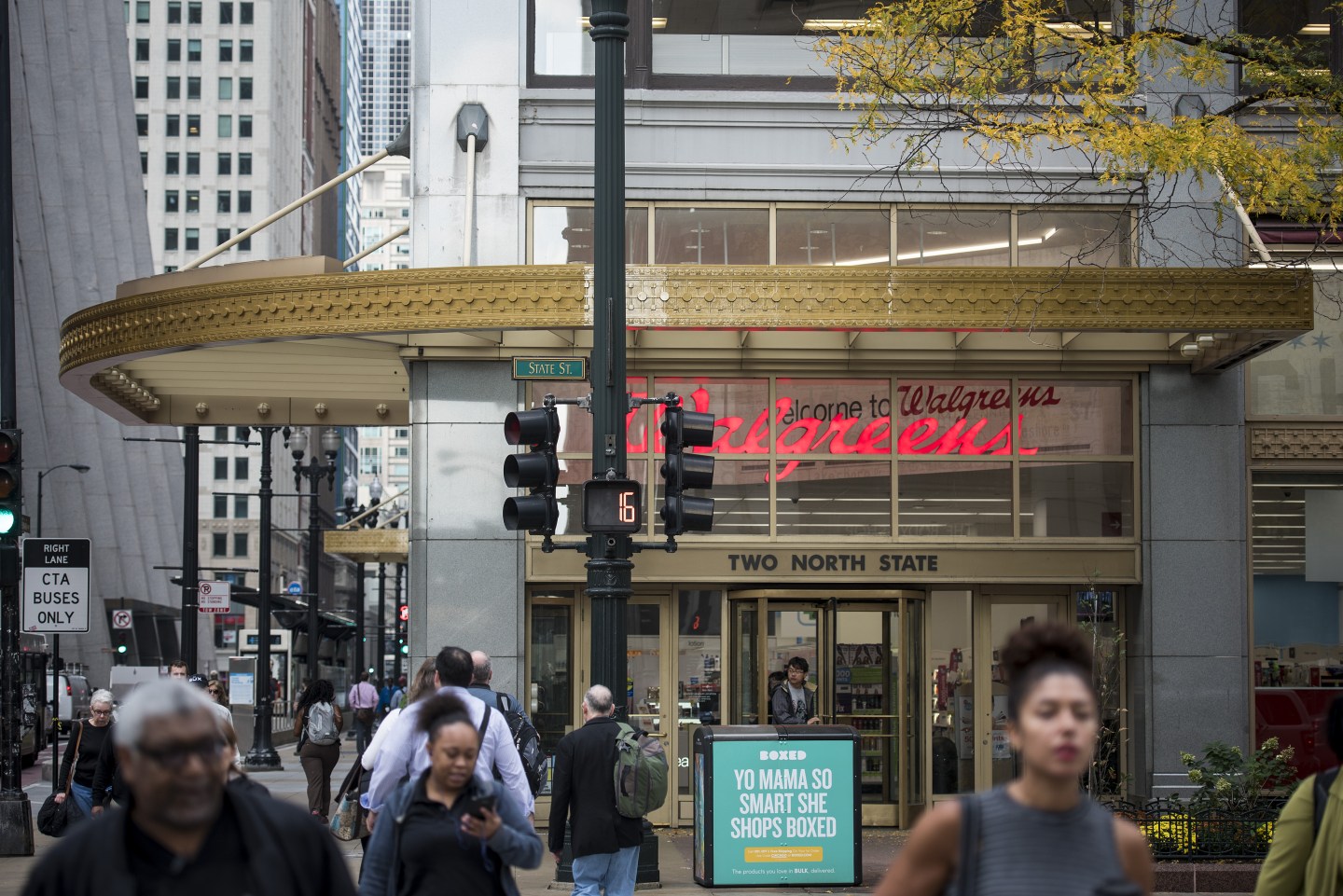 Shares of Walgreens Boots Alliance, which also reported a better-than-expected quarterly profit, were up 3.7% at $80.04 on Thursday morning. Rite Aid’s shares were up 4.5% at $6.96.

Reports on Wednesday that supermarket chain Kroger is questioning whether to proceed with buying divested stores from Walgreens cast doubts on the deal’s future.

Multibillion-dollar deals, particularly in healthcare, have been facing more scrutiny from U.S. antitrust authorities recently, with many being scrapped or undergoing lengthy approval processes, for fear of creating a monopoly situation.

Walgreens forecast adjusted profit of $4.85-$5.20 per share for the fiscal year ending August 2017, which included 5-12 cents per share from Rite Aid.

“From the fact that we have included some part of Rite Aid potential profit now in our guidance, you can really understand that we are confident about this deal,” chief executive Stefano Pessina said on a post-earnings conference call.

The midpoint of Walgreens‘ forecast range met the average analyst estimate of $5.02, according to Thomson Reuters I/B/E/S.

“The longer the (merger) process takes the more likely it is to close as it signals a delay in sorting out the divestiture package vs. a true blockage by FTC,” Evercore ISI analyst Ross Muken said.Walgreens Delays Rite-aid Acquisition

Walgreens reported a profit of $1.07 per share in the fourth quarter ended Aug. 31, excluding items, beating the average analyst estimate of 99 cents.

Walgreens said in June it met its goal of achieving $1 billion in synergies from its Boots Alliance acquisition. It is also working on a multi-year plan to cut $1.5 billion in costs by its fiscal year end, including by closing about 200 stores and reorganizing operations.