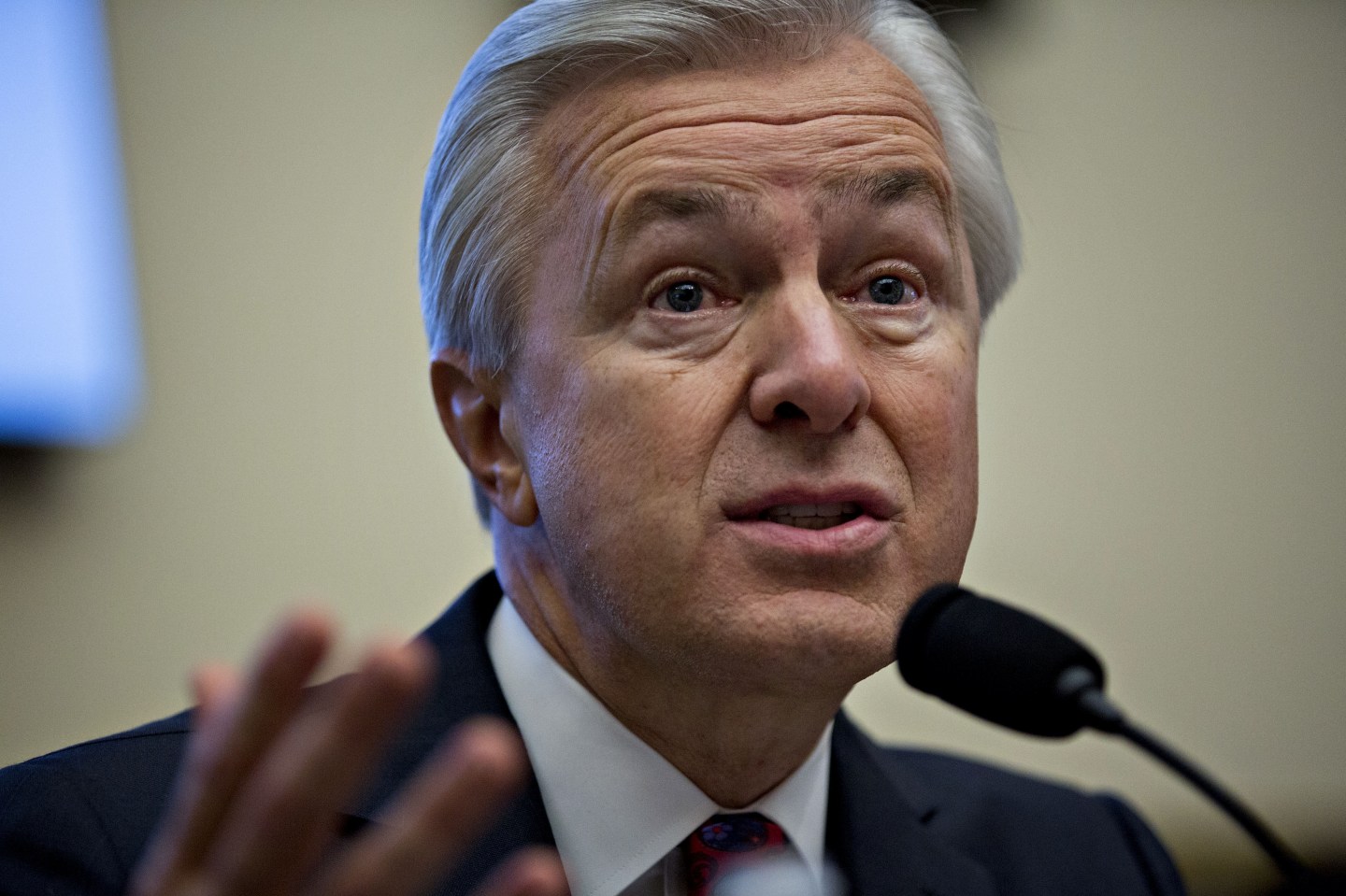 John Stumpf resigned from the boards of Chevron and Target a week after he quit Wells Fargo as chief executive bowing to pressure over its sales tactics.

Stumpf resigned for personal reasons and not as a result of a disagreement with Chevron (CVX), the second largest U.S.-based oil producer said in a regulatory filing on Tuesday.

Chevron said on Oct. 3 that it supported Stumpf despite concerns about his leadership at Wells Fargo.

Target did not give a reason for Stumpf’s resignation.

Stumpf joined the boards of Chevron and Target (TGT) in 2010.

Stumpf, who notified the companies’ boards on Monday that he intends to resign, still serves on the board of Financial Services Roundtable, an advocacy group for the U.S. financial industry.

Wells Fargo (WFC) said on Oct. 12 that Stumpf, 63, was retiring and would be replaced by President and Chief Operating Officer Tim Sloan.

Stumpf’s fall from grace started with a $185 million regulatory settlement among the bank, regulatory authorities and a Los Angeles prosecutor over its staff opening as many as 2 million accounts without customers’ knowledge.

The misconduct, carried out by low-level branch staff to meet internal sales targets, shattered the bank’s image and a raft of federal and state investigations followed.