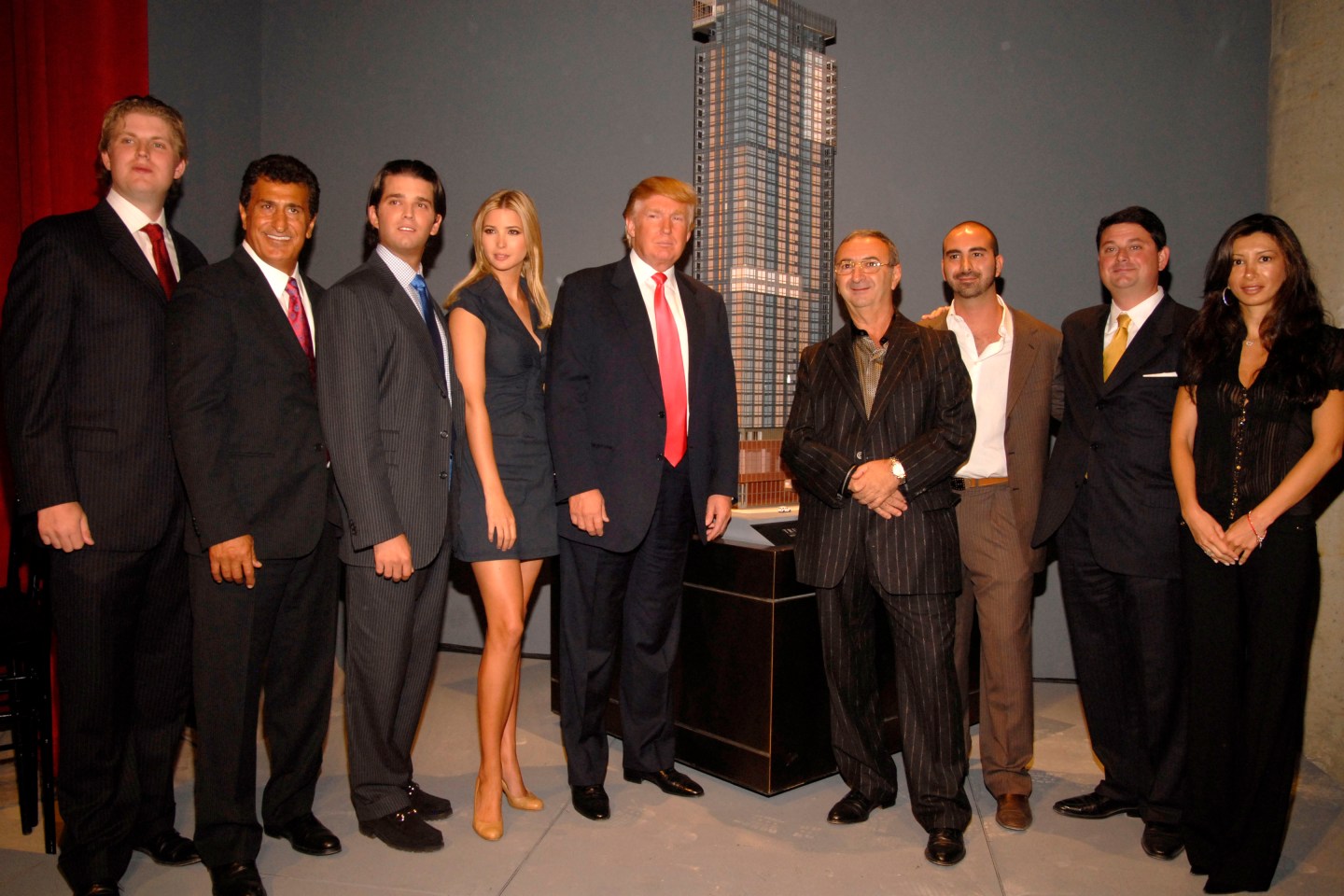 One of Donald Trump’s signature projects in Manhattan was used by former officials in Kazakhstan to launder dirty money, ultimately profiting the GOP presidential nominee himself, the Financial Times reported Wednesday.

The FT said that three apartments in the Trump SoHo hotel-condominium, which he owned jointly with the real estate companies Bayrock and Sapir Organization LLC, were sold in April 2013 for a total of $3.1 million to shell companies ultimately controlled by Elvira Kudryashova, the daughter of Viktor Khrapunov, a former energy minister and Mayor of Almaty, Kazakhstan’s largest city. That was two years after Khrapunov and other members of his family were charged with fraud and other financial crimes in their homeland. The FT said its reporting was backed by “title deeds, bank records and correspondence.”

Lawyers for the city of Almaty told a U.S. court in March that Khrapunov and his family “conspired to systematically loot hundreds of millions of dollars of public assets…and to launder their ill-gotten gains through a complex web of bank accounts and shell companies…particularly in the United States, ” according to the FT.

Khrapunov and his wife fled Kazakhstan for Switzerland in August 2008, just as the ripples from the U.S. financial crisis brought the Kazakh banking system to collapse. Like many others who fall from grace with authoritarian regimes, Khrapunov claims that the charges against him are politically motivated. His daughter Elvira is based in California. The FT said she had transferred the funds from a Wells Fargo account.

The idea that foreign criminals are laundering money through the U.S. real estate market isn’t new: Jennifer Shasky Calvery, director of the Financial Crimes Enforcement Network, warned about “corrupt foreign officials, or transnational criminals,” doing just that back in January.

According to the FT, the transactions flowed, indirectly, from Trump’s need to embrace different sources of funding for his projects, after a number of bankruptcies left many banks reluctant to lend to him. In return for lending his name to a project built to his standards by Bayrock/Sapir, Trump was supposed to get 18% of its profits. However, the project failed to attract buyers and Bayrock/Sapir’s backers ultimately foreclosed on it in 2014.

The FT quoted Alan Garten, the Trump Orgnization’s general counsel, as saying that Bayrock and Sapri were responsible for apartment sales and for doing due diligence on buyers.