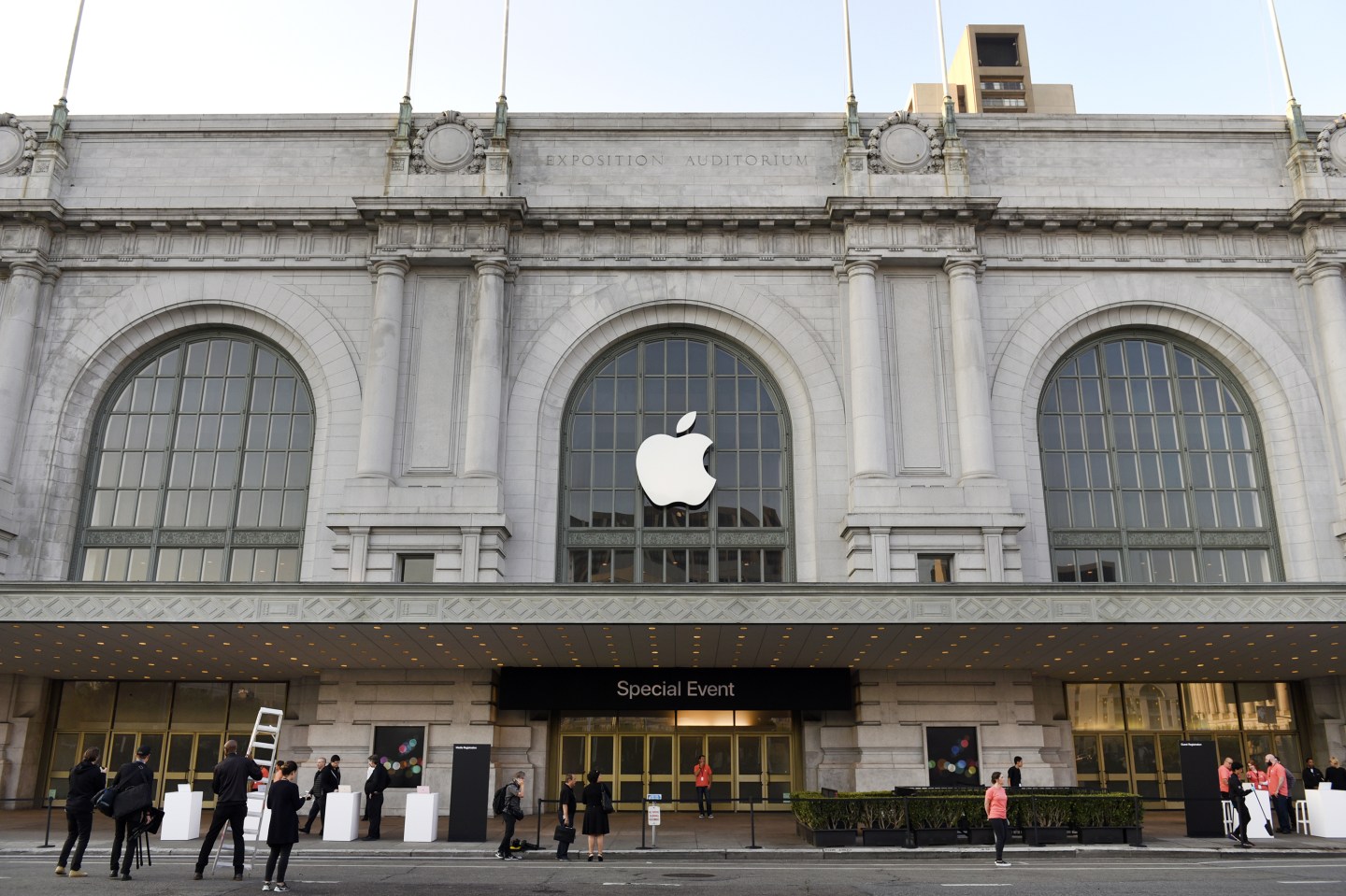 Apple Inc. signage is displayed outside of the Bill Graham Civic Auditorium before the start an event in San Francisco, California, U.S., on Wednesday, Sept. 7, 2016. Apple Inc. Gadget enthusiasts will be watching with great interest as Apple Inc. is expected to unveil both a new watch and iPhone 7, as well as improvements to the iOS 10 operating system. Photographer: Michael Short/Bloomberg via Getty Images
Michael Short — Bloomberg via Getty Images

Apple sent out invitations to a press event on Oct. 27 where the company is expected to unveil new Macintosh computers.

The invitation didn’t specify what Apple would discuss at the event, but carried the tag line “hello again.” Steve Jobs famously introduced the very first Macintosh computer in 1984 with the machine saying, “hello, I’m Macintosh.” Apple also said it would stream the event live.

Several of Apple’s current lines of computers are long overdue for updates and the rumor mill has been in overdrive about possible new models to be introduced this month. Apple will announce the first significant overhaul of its MacBook Pro laptop since 2012 along with upgrades to the MacBook Air laptop and iMac desktop computer, Bloomberg reported this week.

Sales of Mac computers have slipped recently. Apple (AAPL) sold $5.2 billion worth of Macintosh computers in its most recent quarter, down 13% from the prior year.

Apple has not upgraded its Retina MacBook Pro since May, 2015 and the MacBook Air since March 2015, according to the web site Macrumors. The iMac was last updated in October, 2015. It did revamp its newest laptop, the 12″ MacBook, in April of this year.

The lack of updates stands in stark contrast to Apple’s dependable annual upgrades to the iPhone. But the iPhone brings in far more revenue for Apple.

The new MacBook Pro is rumored to be thinner and lighter than current models and will include a USB-C port as well as a touch sensitive screen in place of the row of command keys at the top of the keyboard.

Computers running Microsoft (MSFT) Windows have long outsold Mac computers, but Apple’s products tend to have a greater share in the high-end, pricier niche of the market.