Apple Might Include a Changeable Keyboard in Future Laptops 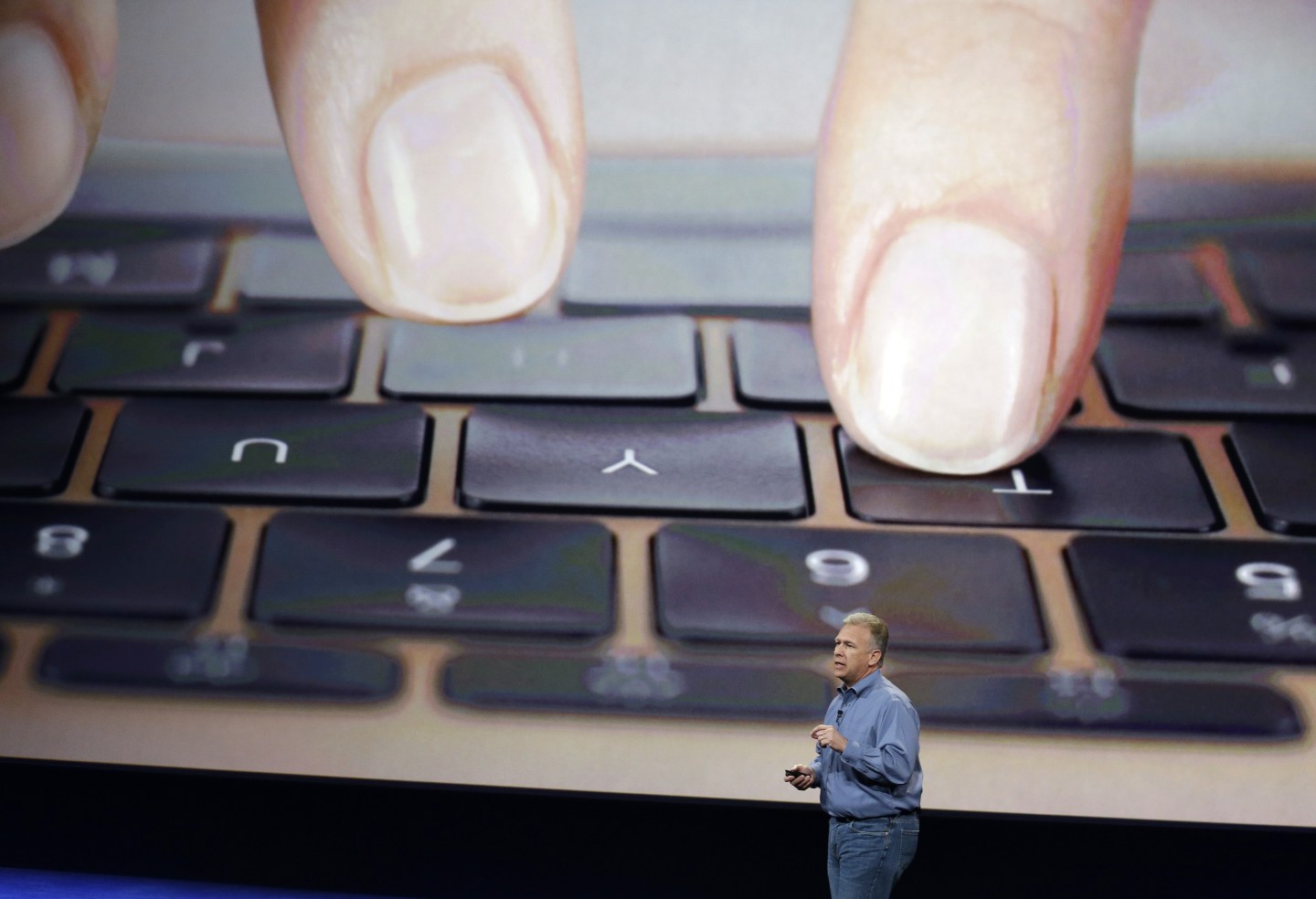 Apple is planning to include a keyboard with e-ink keys that can change to display non-English alphabets, emoji icons, or software command shortcuts in future laptops, according to a report on Wednesday.

Thew new keyboards, not expected until 2018, will be able to display the standard American English QWERTY keyboard as well as any keyboards standard to other languages, emojis, or other special commands, the Wall Street Journal reported, citing anonymous sources. The keys are designed by Sonder Design Pty, an Australian startup backed by Foxconn Technology Group (FXCNY), the paper said.

Reports have previously surfaced that this year’s Apple laptop designs, expected to be announced later this month, will have a top row of dynamically customizable keys replacing fixed function keys in prior models.

Sonder is also planning to release a standalone keyboard with the changing e-ink keys, which is available for pre-order for $199.

Apple’s laptop and desktop computer sales have tailed off recently after years of growth. The company sold $5.2 billion worth of Macintosh computers in its most recent quarter, down 13% from the prior year.

To revive growth, Apple (AAPL) is reportedly planning a host of new features in the upcoming revamped Macbook Pro line, such as the customizable command key line, the addition of USB-C ports, and possibly a fingerprint reader similar to the Touch ID sensor on iPhones.

The new computers are expected to be unveiled at an event on October 27, Recode reported this week.