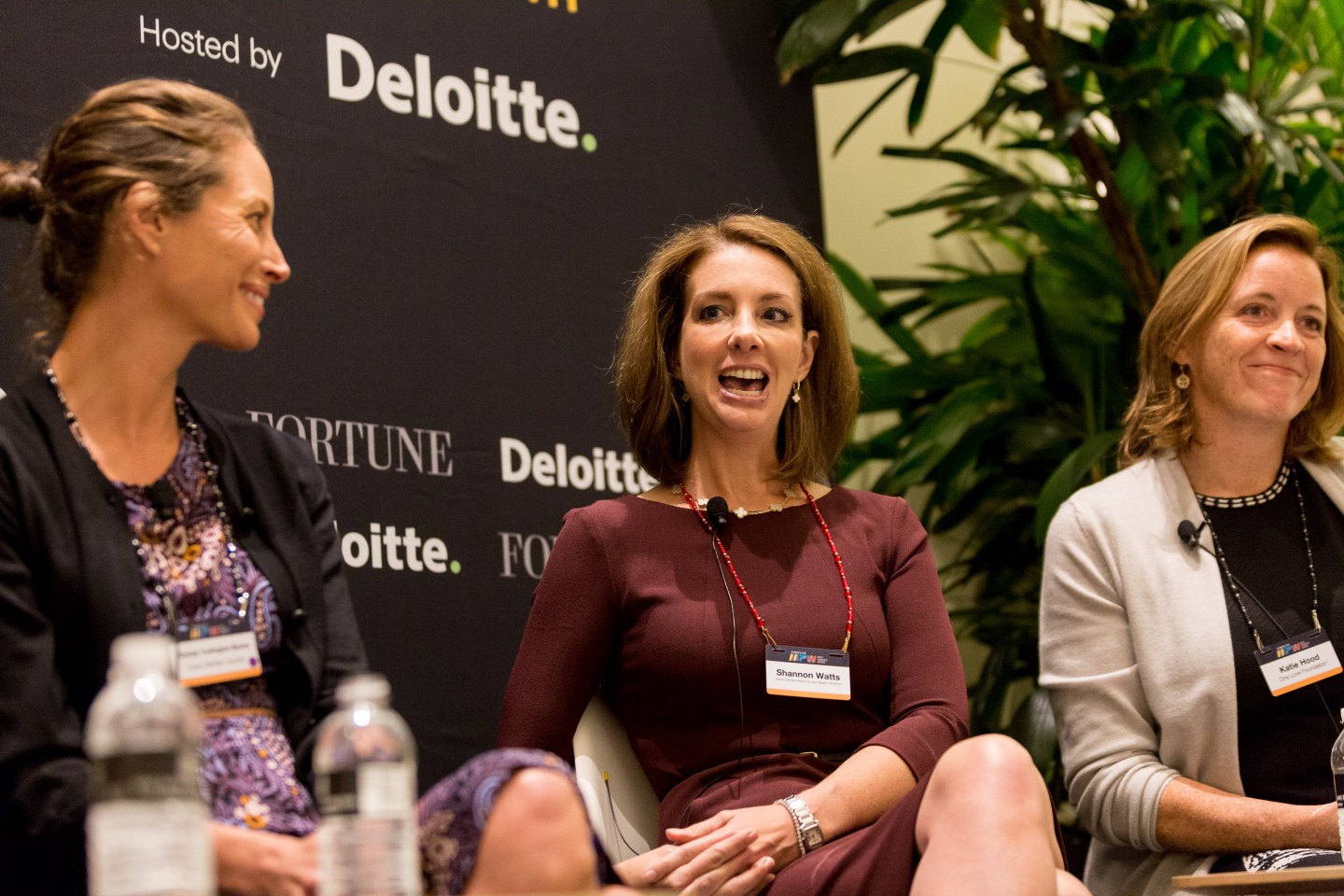 Shannon Watts had 75 Facebook friends when she used the platform to launch a grassroots movement to bring “gun sense” to America. It was the day after the tragic mass shooting at Sandy Hook Elementary School in December 2012.

“For me, it was the straw that broke the camel’s back. I realized our nation was broken,” she said at Fortune’s Most Powerful Women Summit in Laguna Niguel. “I didn’t know what to do, but I did know how to start a Facebook page.”

The response she got was phenomenal, she said. “So many other women and mothers had the exact same idea.” They have united under the banner Moms Demand Action for Gun Sense in America, an organization that its founder Watts describes as the Mothers Against Drunk Driving (MADD) for gun safety.

In its four years, the group—which Watts says is is not anti-gun, but pro-gun control—has ballooned to “an army” of moms across the country. It has helped stop almost 200 “bad gun bills”—that is, bills allowing guns on campus or expanding Stand Your Ground laws—and helped passed “good bills”—including ones closing the “background check loophole” in six states. Plus, it partnered with Michael Bloomberg’s like-minded group to form an umbrella organization, Everytown for Gun Safety.

Watts, a former corporate communications executive, calls herself “an accidental activist” and admits that in the beginning, the strategy for building her movement was a bit fake-it-til-you-make-it. Her first move was to issue a press release claiming her organization had a chapter in every state (it didn’t), and boldly pronouncing it was “coming for the gun lobby.”

“I was in PR, that’s how it works,” she half-joked. But Watts was sure the support was there and that women could be an especially effective organizational force. “At the very beginning, I had a hypothesis, which was that women who were worried their children would be taken away would be a stronger, more powerful voice than gun extremists who worried their guns would be taken away,” she said, adding, “Erroneously, by the way. No one wants to take away the second amendment. We just think there should be responsibilities that go along with rights.”

Indeed, her press release elicited much interest. She got lots of calls, including one from the White House. She was featured in a story on the front cover of USA Today. “After that, we were kind of off,” she says.

She reached out to the founder of MADD for advice on building the organization and establishing a chapter in every state. Once her group had grown, she made her appeal to Bloomberg—“you guys have generals, we have an army.”

For her efforts, Watts, the accidental activist, has become a target for taking a stand. She says she now has to travel with security and use an alias “because I want background checks in every state.”

That hasn’t led her to shy away from the fight. She notes that her four-year old organization—three million supporters strong—is quickly catching up with the decades-old NRA, which has five million. She’ll be squaring off against the well-funded group later this year in Maine and Nevada, where there are ballot initiatives to expand background checks. “The races are expensive,” she said, “But we will win.”