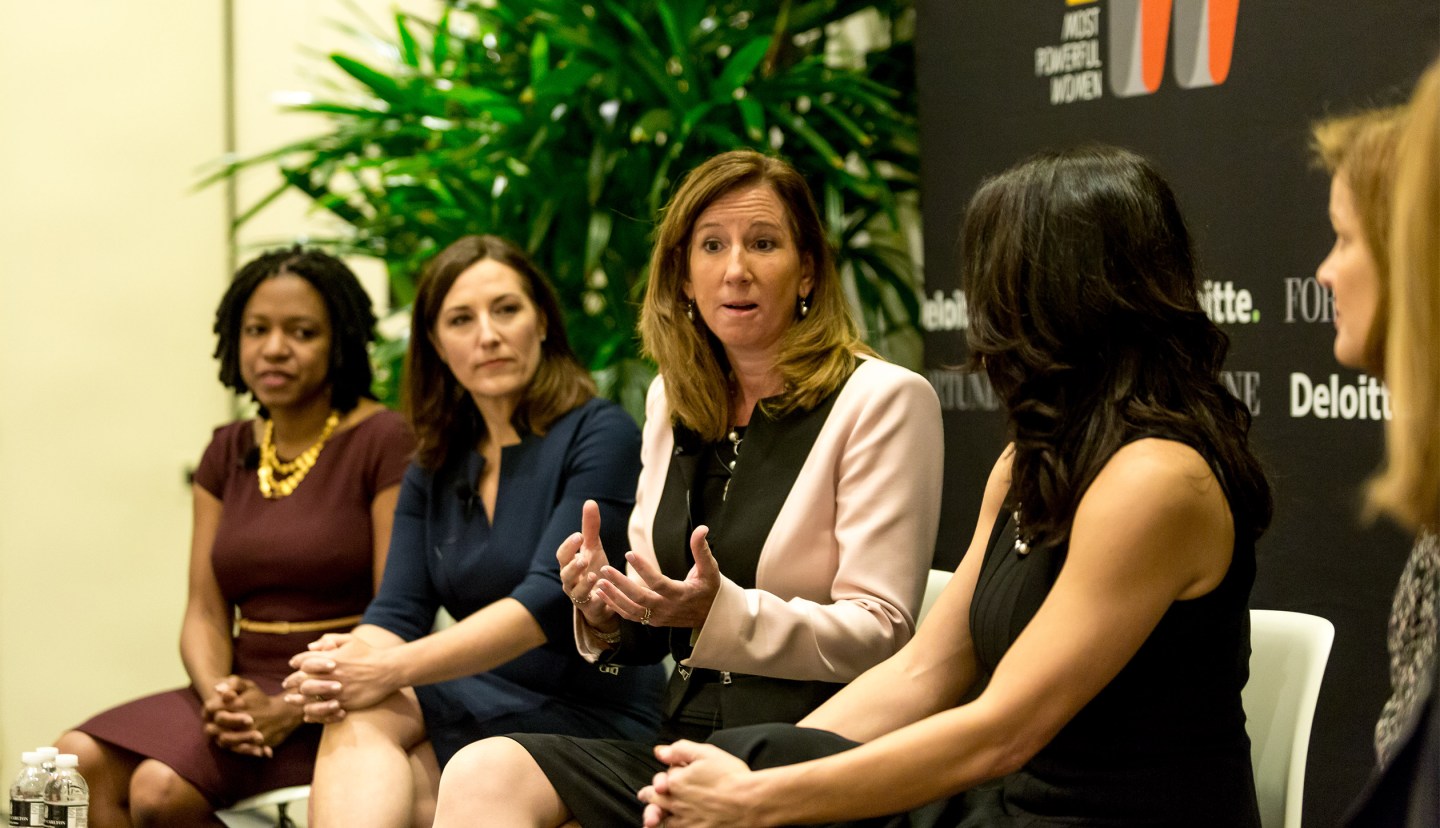 The vast majority of business leaders agree that a company’s culture is vital to its success. After all, employees are the biggest potential promoters—or detractors—of a brand. But what happens when the people who offer your product don’t actually report to you? How do you incentivize them to act in ways that are consistent with your mission, vision, and values?

“You have people out there providing your product that aren’t your employees,” said TaskRabbit CEO Stacy Brown-Philpot, speaking on a Tuesday morning panel at the 2016 Fortune Most Powerful Women Summit in Laguna Niguel, Calif. “But you still have to put out there what your values are.”

Brown-Philpot said one of the ways to ensure that the people using your platform are aligning with your brand is to insist on feedback and transparency. “The marketplace is all about transparency and performance,” she noted. Each “tasker”—as the company calls the people offering its services—is both vetted by the company and subject to review by the people who book them time through the TaskRabbit platform.

Airbnb faces similar challenges. This year, the home-sharing platform received a number of complaints about racial discrimination from hosts. A January study from Harvard Business School found that guests with African-American names were about 16% less likely to be accepted than those with white names.

“We’re spending a lot of time learning and reflecting,” Belinda Johnson, chief business affairs and legal officer at Airbnb, told the Fortune audience. “Internally, one of the things we have to confront is the fact that we have [hosts] in 190 countries.”

One of the ways the company is fighting discrimination is through a new “community commitment” that CEO Brian Chesky announced last month. “Each member of the community has to commit to treating every other member with respect and dignity,” Johnson explained.

In addition to the commitment—which all users must agree to beginning Nov. 1—Airbnb is reducing the prominence of user photographs, encouraging the use of instant bookings (which let guests book without host approval), and creating a full-time anti-discrimination team of engineers, data scientists, researchers and designers, according to a report the company released last month.

“Our culture is our secret sauce,” says Johnson. “We have to own it.”