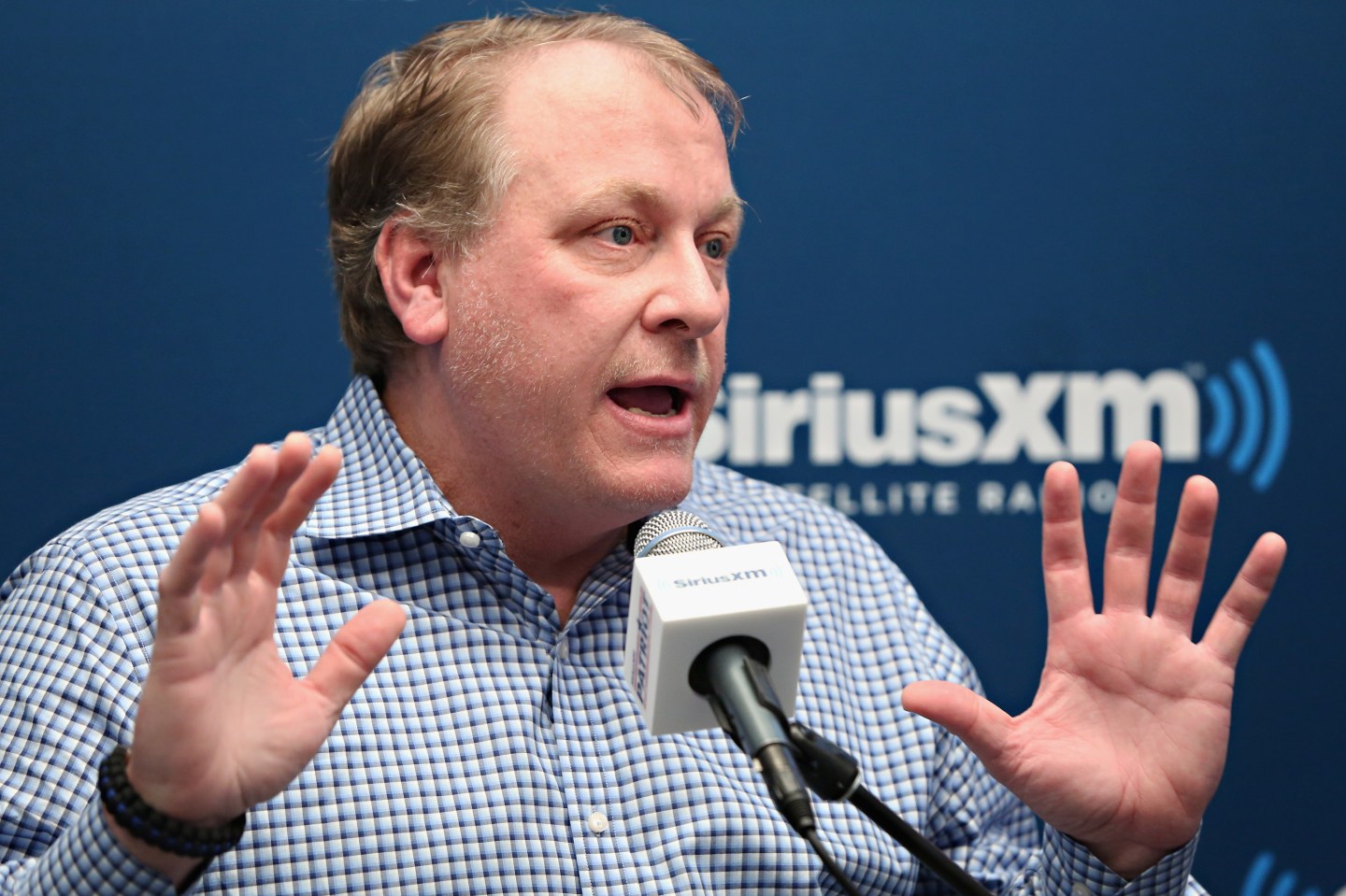 Curt Schilling, the former Boston Red Sox pitcher who has sparked controversy for his political commentary, intends to run for Senator of Massachusetts in 2018 against incumbent and Democrat Elizabeth Warren—if his wife agrees.

“I’ve made my decision. I’m going to run,” Schilling, a Republican, said Tuesday on Rhode Island radio station WPRO. “But I haven’t talked to Shonda, my wife. And ultimately it’s going to come down to how her, and I feel this would affect our marriage and our kids.”

In an interview with Fox Business News last week, Schilling made a similar remark. “I’ve made up my mind. It’s something I want to do, but ultimately I have to go to Mrs. Schilling because she’ll be the one that says yes or no,” he said.

After Curt Schilling’s interview on Tuesday, his wife told WPRO that she has not yet decided if she would support a Senate bid by her husband.

Schilling, who retired from Major League Baseball in 2009, was fired from his job as an ESPN analyst in April for a Facebook post about North Carolina’s “bathroom bill” that was critical of transgender people. He was temporarily barred from the network in 2015, when he compared Muslims to Germans during the Nazi regime. He has also been an outspoken critic of Hillary Clinton, saying she should be “buried under a jail somewhere” for her use of a private email server as Secretary of State.

Schilling endorsed Donald Trump for president, while Warren has been one of the Republican nominee’s most vocal critics.

Warren has not officially announced her intention to run for reelection in 2018. But when asked by the Boston Globe last month if Schilling would be a formidable candidate for the seat, she laughed out loud.

“He can certainly try,” she said.