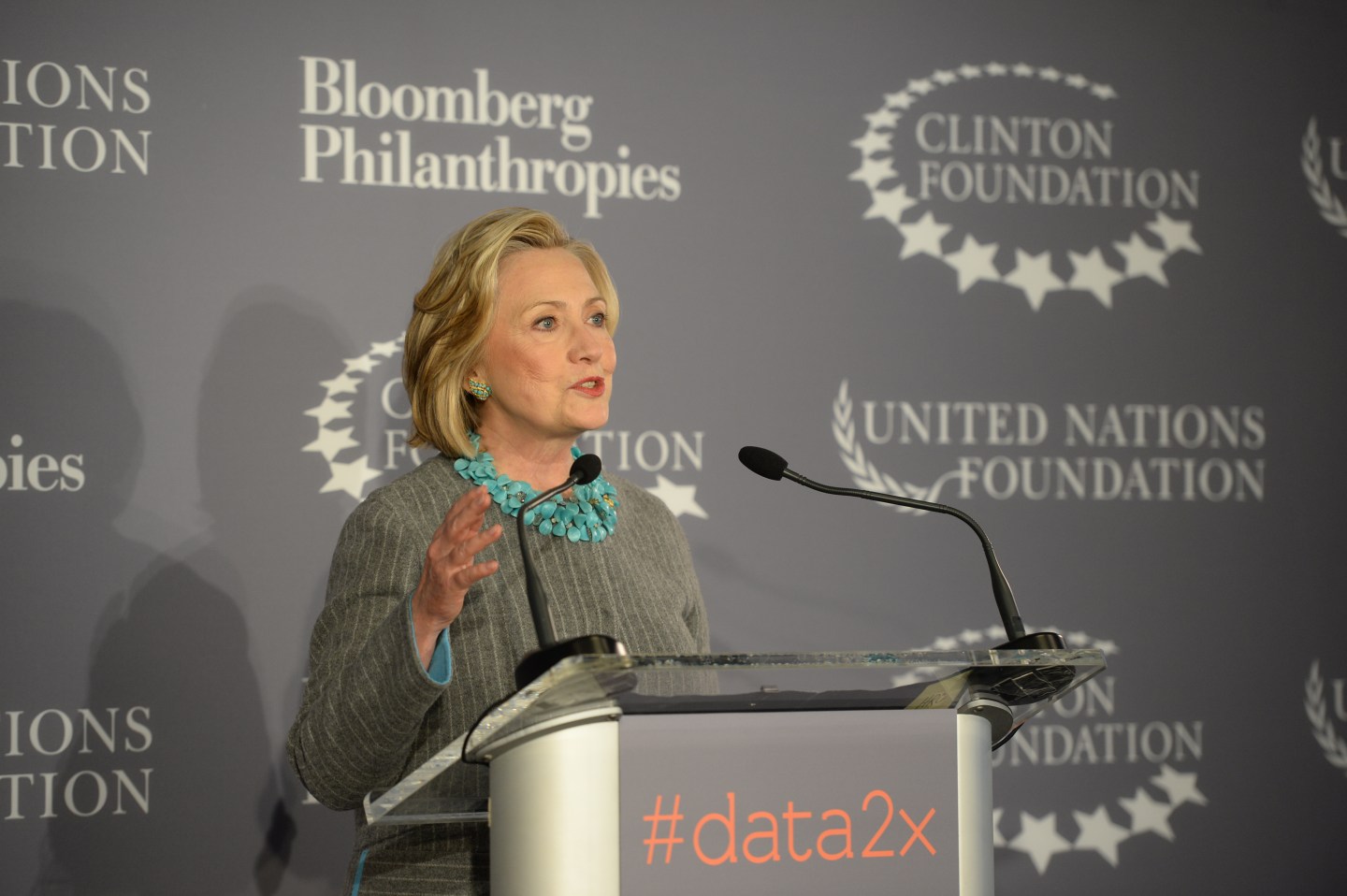 If you ask your average conservative commentator, the Clinton Foundation is nothing more than a $100 billion dollar “slush fund” that serves only for the glorification and enrichment of the former first family.

For the typical liberal, it’s a shining example of the power of one of the most successful post-presidencies in history to deliver solutions to the world’s thorniest problems.

As with most public arguments these days, the true answer falls somewhere in the middle, but it appears even the foundation’s own lawyers were worried about just how legit the organization was.

Back in 2013, when Chelsea Clinton was taking a larger role at the foundation she hired the law firm Simpson, Thacher and Bartlett to do a “governance review.” The review was fought by many long-time foundation staffers at the time. The existence of the review had been previously reported, during a time when press was devoting greater scrutiny to the operations of the Clinton Foundation, as speculation swirled about a possible second Hillary Clinton bid for the White House. But at the time the Clinton Foundation didn’t make big news. Now it’s central to Trump and his supporters claims that Clinton is “crooked.”

What the governance review lawyers found was a board and charity in disarray organizationally. It was staffed mostly with insiders, practicing weak oversight and inattentive leadership, and possessed of a loose dedication to best practices for foundations of its size and to Arkansas state and IRS regulations governing conflict of interest. According to the review, the Clinton foundation submitted a Form 990—signed under penalties of perjury—which said that it had a written conflict-of-interest policy, required annual disclosure of potential conflicts of interest, and monitored and enforced compliance with the policy. “However, we did not find evidence of that enforcement,” the review reads.

But the issue of conflict of interests went beyond the fact that the board did not enforce compliance with its written policy. The review seemed to find some of the issues that have come up on the campaign trail recently. “Some interviewees reported conflicts of those raising funds or donors, some of whom may have an expectation of quid pro quo benefits in return for gifts,” according to the review.

That some Clinton donors have given to the foundation with the expectation of receiving “benefits” was pretty obvious from previous reporting on the subject. In particular, conservative writer Peter Schweizer’s 2015 book called Clinton Cash showed that Bill Clinton leveraged the connections that he made as president to help the foundation’s donors at the same time that his wife was serving as a senator and Secretary of State. But it found no hard evidence of a time when Hillary Clinton changed her opinion on an issue of concern or provided an official favor for a Clinton Foundation donor.

Nonetheless, while the right-wing media has jumped all over this latest leak as evidence that the Clinton Foundation is a corrupt organization, there are several holes in this argument.

First of all, the Clinton Foundation is a legitimate charity from which neither Bill nor Hillary draw a salary. The idea that the Foundation operates as a “slush fund” for the couple has no basis in fact, as there is no evidence the money raised by the foundation is used for any other purpose than running the foundation.

A much better analogy is that the Foundation runs like a perpetual political campaign. Donors give to political campaigns ostensibly because they believe in the causes a candidate will pursue, but we all know that many give because they will believe it will give them access to the candidate and help them develop relationships with other important people that can be beneficial to the donor. The degree to which a politician devotes his time to raising money and glad-handing versus solving problems is obviously pertinent to voters evaluation of that candidate, but nobody would say that glad-handing is in and of itself corrupt or illegal. It’s simply part of how politics works.

And even if donors think they will receive quid-pro-quo benefits from the foundation, there simply isn’t any hard evidence that the Clinton Foundation has provided it, at least not at the expense of the interests of the American people in general. So even though this review uses the phrase “quid-quo-pro benefits” it doesn’t rise to the level of a smoking gun.

And finally, this election is (most likely) a binary choice between Donald Trump and Hillary Clinton. If shady dealings surrounding the candidates eponymous foundation are a reason to not vote for Hillary Clinton, then they are also a reason to not vote for Donald Trump. He has allegedly used his foundation’s money, which is largely composed of donations from other people, to pay his own business expenses, make donations to other charities while pretending he’s donating his own money, and to avoid paying income taxes. There is even compelling evidence that Trump used his foundation’s money to bribe an attorney general to not investigate Trump University, which has been accused of defrauding its students. Trump has said that donation was a mistake.