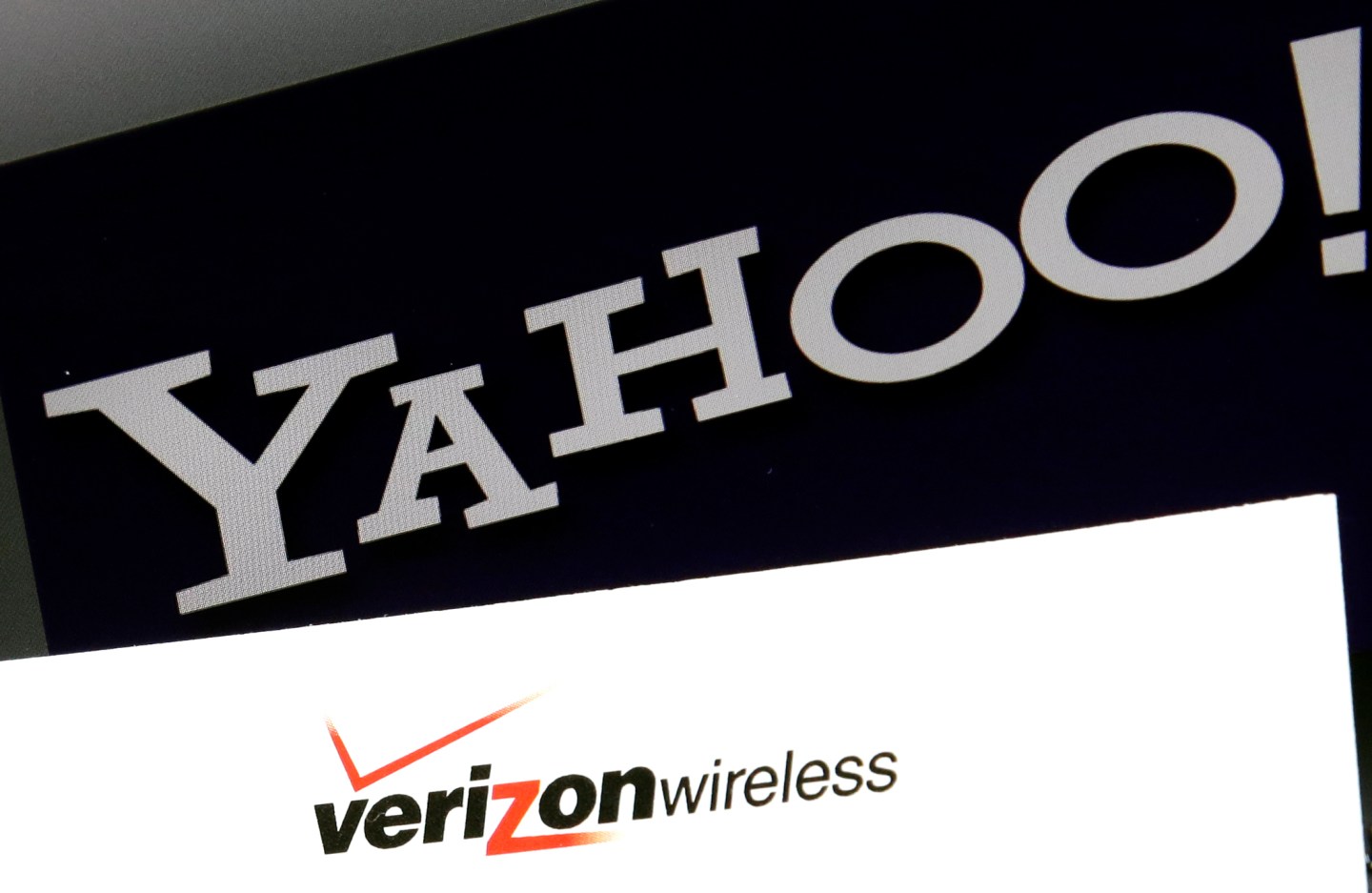 Logos are seen on a laptop, Monday, July 25, 2016, in North Andover, Mass. Verizon is buying Yahoo for $4.83 billion, marking the end of an era for a company that once defined the internet. It is the second time in as many years that Verizon has snapped up the remnants of a fallen internet star as it broadens its digital reach. (AP Photo/Elise Amendola)
Elise Amendola—AP

Last month we discussed how the massive Yahoo (YHOO) hack could negatively affect the company’s agreement to be acquired for $6.4 billion by Verizon (VZ). Now it seems that Verizon agrees.

Specifically, Verizon general counsel Craig Silliman told reporters that his company has “reasonable basis” to consider the breach to be a material event, which theoretically gives Verizon the opportunity to bail. I say “theoretically” because a Delaware court would have to agree, and that’s about as likely as the Cleveland Browns winning this year’s Super Bowl (technically possible, but no sane person would bet on it).

Three notes on this:

1. It’s interesting that Silliman is going with the ‘material effect’ argument, rather than a misrepresentation (i.e., that Yahoo knew about the breach when it signed the deal, but didn’t tell Verizon). That suggests that Yahoo legitimately learned about the hack subsequent to signing the deal.

2. Given the improbability of succeeding in Delaware court, this is likely just a renegotiation strategy by Verizon, and perhaps suggests that Yahoo has been resistant to the reported idea of slashing $1 billion or so off the purchase price.

3. The “reasonable basis” suggests that there has been a significant drop-off in Yahoo user activity.