High Schoolers Are Graduating at a Record Rate 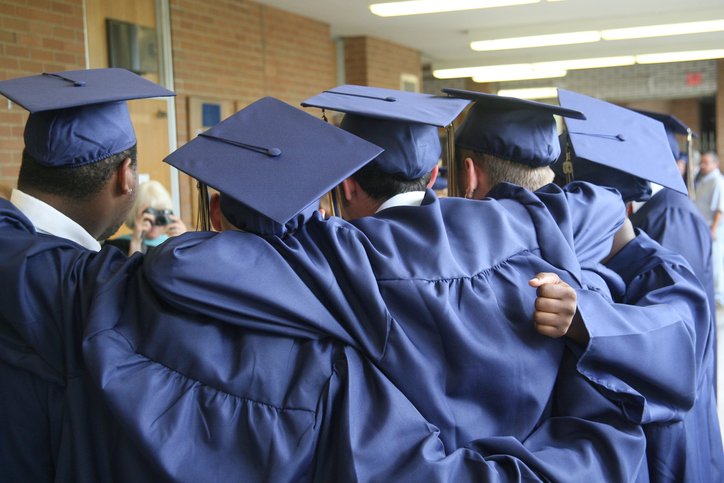 President Barack Obama planned to talk about the gains when he visits a Washington, D.C. high school on Monday morning.

Increases in the graduation rate for the 2014-2015 school year were seen for all ethnic groups, as well as for disabled students and students from low-income families.

Still, there were significant differences among groups. Asian Americans had a 90.2 percent graduation rate, while whites were at 87.6 percent, followed by Hispanics at 77.8 percent, African-Americans at 74.6 percent and Native Americans at 71.6 percent.

The growth in graduation rates has been steady since states adopted a uniform way of tracking students. In 2008, the Bush administration ordered states to begin using a formula that is considered a more accurate count of how many actually finish school.

The White House said that the graduation rate has increased by about 4 percent points since the 2010-2011 school year. Obama frequently cites the increase when he talks to groups about progress made during his presidency.

The White House said that money invested through a grant program called Race to the Top has helped improve some of the nation’s lowest-performing schools. The administration also said millions of students have gained access to high-speed broadband in their classrooms and that the states and federal government have helped hundreds of thousands more children gain access to preschool education programs.

The White House said that the District of Columbia made the most progress in 2014-2015 compared to the previous year. The District improved its graduation rate by 7 percentage points.