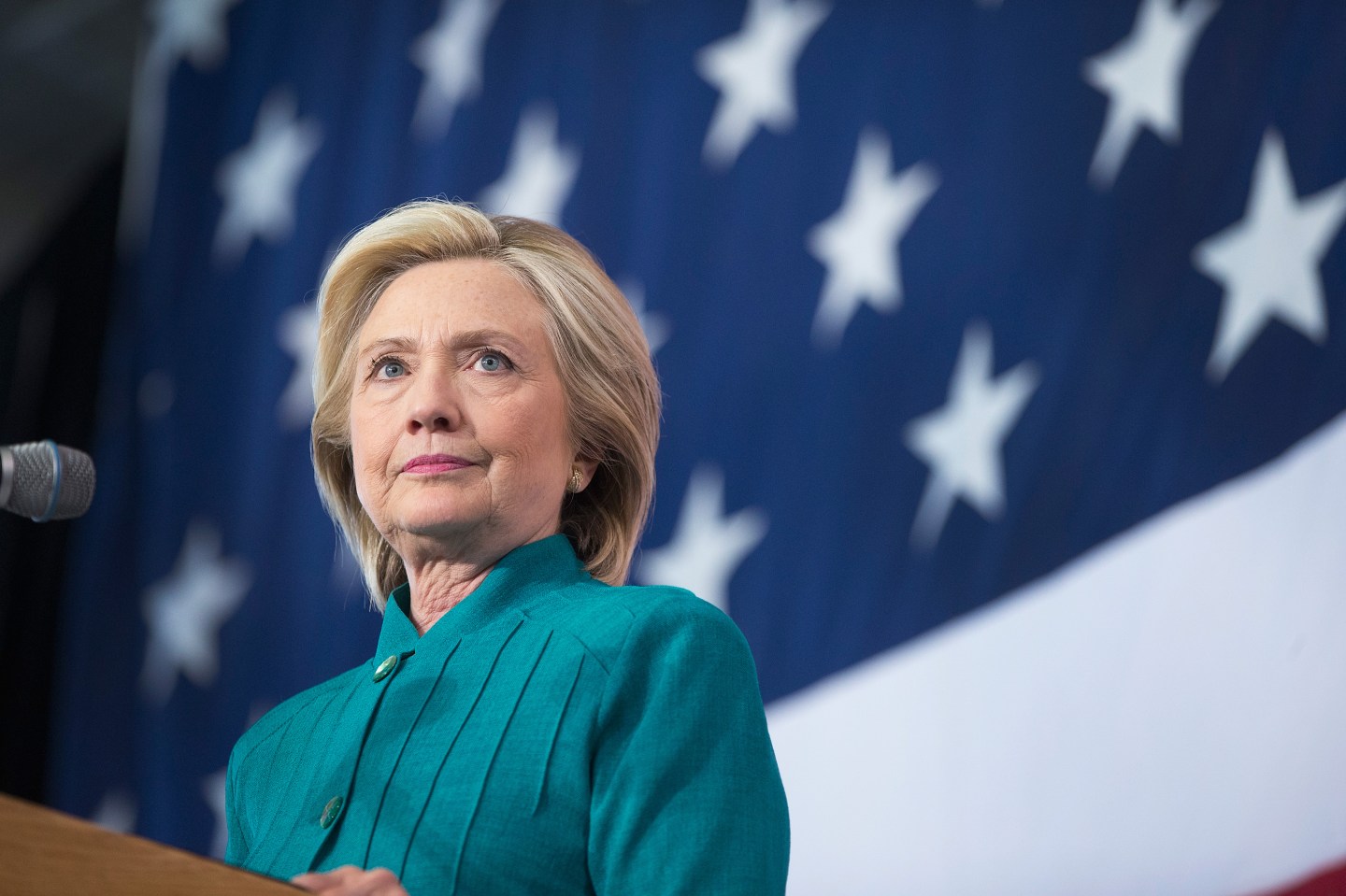 Hillary Clinton generally avoided direct criticism of Wall Street as she examined the causes and responses to the financial meltdown during a series of paid speeches to Goldman Sachs, according to transcripts disclosed Saturday by WikiLeaks.

Three transcripts released as part of the hack of her campaign chairman’s emails did not contain any new bombshells showing she was unduly influenced by contributions from the banking industry, as her primary rival Bernie Sanders had suggested. Still, her soft-handed approach in the speeches was likely to act as a reminder to liberals in the party of their concerns that the Democratic presidential nominee is too close to Wall Street to be an effective check on its excesses if elected.

In October 2013, the transcripts show, Clinton told bankers she had “great relations” and worked closely with Wall Street as New York’s senator, and said “the jury is still out” on whether the Dodd-Frank financial reforms put in place after the financial crisis had been the right approach. She said more openness from the start could have prevented the uproar on Wall Street over those reforms.

“What happened, how did it happen, how do we prevent it from happening? You guys help us figure it out, and let’s make sure that we do it right this time,” she said.

Working to relate her speech to her audience, Clinton in one speech likened her experience as secretary of state to business and finance, saying “it’s like anybody’s balance sheet,” with both opportunities and potential liabilities. In one exchange, a conference participant from Texas told Clinton that she had “the honor to raise money for you” during her 2008 presidential campaign.

Clinton responded, “You are the smartest people.”

In the hard-fought Democratic primary, Sanders repeatedly called on Clinton to release the transcripts of her speeches to Wall Street, some of which earned her hundreds of thousands of dollars apiece. In an ironic twist, the transcripts ended up becoming public because her campaign aides had distributed them among themselves in an effort to prepare for any attacks she might face. Those internal campaign emails were then leaked in the hack of campaign chairman John Podesta’s emails.

Clinton’s campaign neither confirmed nor denied that the speech transcripts and leaked Podesta emails are authentic, but there have been no indications that they were doctored before being released. Clinton’s team has accused Russia’s government of hacking Podesta’s emails, and the Obama administration has formally blamed Moscow for a series of breaches affecting U.S. political groups.

“There is no getting around it: Donald Trump is cheering on a Russian attempt to influence our election through a crime reminiscent of Watergate, but on a more massive scale,” said Clinton spokesman Glen Caplin.

The transcripts, all from 2013, include speeches and question-and-answer sessions with Clinton at a “Builders and Innovators Summit,” an “Alternative Investment Management Summit” and a gathering of CEOS — all hosted by Goldman Sachs.

A look at some of what Clinton said, according to the transcripts:

Clinton told the innovators summit she’d had to go on “The Clinton Apology Tour” after WikiLeaks in 2010 published diplomatic cables leaked by Chelsea Manning, formerly known as Bradley Manning. Clinton noted that the cables showed U.S. officials characterizing some foreign leaders as “vain, egotistical, power hungry, corrupt. And we knew they were. This was not fiction.”

“I had grown men cry,” Clinton recalled. “I mean, literally. ‘I am a friend of America, and you say these things about me?'”

Clinton, a few months after departing the State Department in 2013, told a Goldman Sachs conference in South Carolina that she would have liked to see the U.S. intervene in Syria “as covertly as is possible for Americans to intervene.”

She added, “We used to be much better at this than we are now. Now, you know, everybody can’t help themselves. They have to go out and tell their friendly reporters and somebody else: Look what we’re doing and I want credit for it.”

Clinton appears to call for eliminating the filibuster rules in the Senate that make a 60-vote threshold necessary to pass most items rather than a 50-vote majority. Clinton says “we need to change the rules in the Senate” and say presidential nominees as well as “policies” deserve “an up-or-down vote.”

Republicans are already incensed that Senate Democrats recently changed the rules to eliminate the filibuster for most nominations, an extraordinary step known as the nuclear option.

In the June 2013 speech, Clinton said Chinese President Xi Jinping, who had taken over as the country’s leader the previous fall, was “a more sophisticated, more effective public leader” than his predecessor, Hu Jintao. Clinton said she had watched Xi “work a room,” adding, “you can have him make small talk with you, which he has done with me.” She said Xi’s experience of visiting Iowa in the 1980s “was a very important part of his own development.”