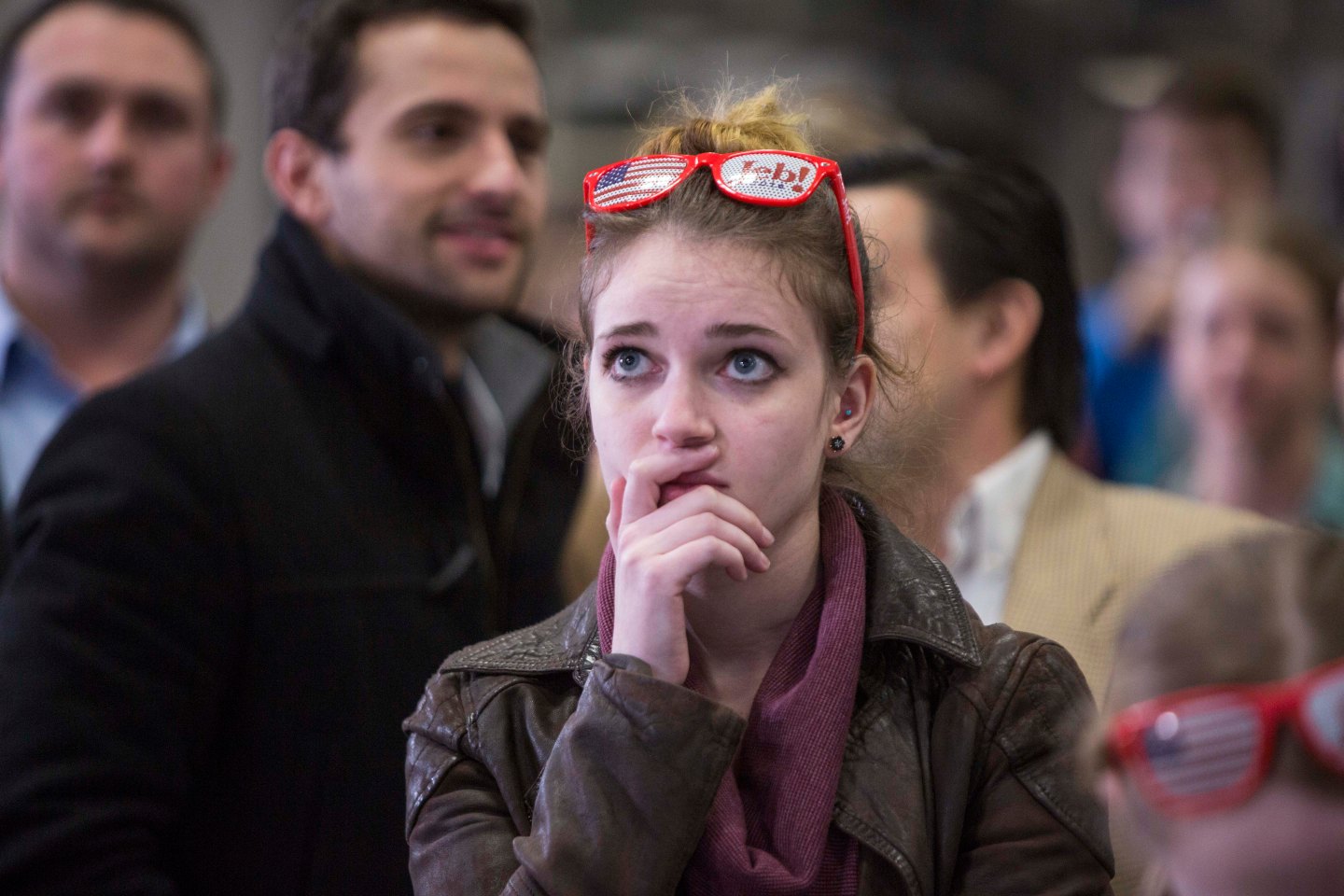 This piece originally appeared on Time.

When Liberty University President Jerry Falwell Jr. appeared on television this week to say Donald Trump deserves forgiveness for boasting about groping women, what students at the Christian university heard was ambivalence to “an atrocity which plagues college campuses across America.” And when advocates listened to Trump’s dismissal of his lewd comments as “locker room talk,” they recognized a familiar and “deeply concerning” pattern of denial that perpetuates what has become known as rape culture.

Waves of campus protest over sexual assault in recent years have made millennials more aware of the problem, and those young voters, with whom Trump was already struggling, have been among his most vocal detractors over the last week week. A recent Quinnipiac University poll found Trump trailing among likely voters aged 18-34, 48% to 27%. That was before multiple women this week accused Trump of kissing or touching them inappropriately without their consent. Trump denied the accusations as “totally and absolutely false” on Thursday.

Taken together, the developments have made for a collision between the presidential election and the conversations percolating on college campuses across the country.

“Any faculty or staff member at Liberty would be terminated for such comments, and yet when Donald Trump makes them, President Falwell rushes eagerly to his defense—taking the name ‘Liberty University’ with him,” a group of Liberty students said in a statement on Wednesday, denouncing Trump and his association with their school. “‘We’re all sinners,’ Falwell told the media, as if sexual assault is a shoulder-shrugging issue rather than an atrocity which plagues college campuses across America, including our own.”

Sofie Karasek, co-founder of the advocacy group End Rape on Campus, said attempts to discredit or intimidate accusers speak to the “culture of fear” surrounding assault. But she said she’s heartened by the cultural shift, especially among young people, toward taking survivors seriously.

“We have really had a quite a number of moments over the past couple of years where we’ve had a conversation about sexual violence that the country really hasn’t seen before,” she said in an interview, referring to high-profile campus activism. “People have started to pay attention to this issue in ways that they haven’t before.”

A 2014 White House report estimated that one out of every five women is sexually assaulted in college, and hundreds of schools are now under investigation by the U.S. Department of Education for their handling of sexual assault cases. In response, many schools have adopted new policies that require affirmative consent. In 2014, California became the first state to institute a legal requirement for affirmative consent, commonly known as “yes means yes.” New York state followed suit.

“Honestly it was some of these sexual assault remarks that Trump made recently that made us get together and say, ‘Hey, we need to do something as a group that says we, as a university, don’t want to be associated with Donald Trump,’” Wahl, 21, told TIME. “Tying yourself to a man who promotes and laughs about sexual assault and creepy, awful things like that doesn’t exactly do well to advance the mission of making the teachings of Jesus Christ the center of your life.”

For other young Republicans, Trump’s comments about being able to “do anything” to women proved too much to forgive.

“The Party of Lincoln is not a locker room, and there is no place for people who think it is. Definitely not with her, but not with him,” Alex Smith, the national chairman of the College Republicans, tweeted on Saturday, as other GOP leaders condemned Trump in droves.

During Sunday’s debate against Democratic rival Hillary Clinton, Trump again dismissed his comments as “locker room talk.” Afterward, a student at Washington University in St. Louis, which hosted the debate, confronted Trump surrogate Omarosa Manigault and accused her of “minimizing” the issue. “There are legitimate attacks against Clinton, but they don’t rise to the level of perpetuating rape culture,” the student told Bloomberg.

The Trump campaign has recently sought to limit the damage with female voters by elevating the claims of women who say they were sexually assaulted by former President Bill Clinton. “With rape culture being what it is, these facts are going to shock millennial women,” Trump deputy campaign manager David Bossie told Bloomberg Businessweek. “There will not be a millennial woman who will want to vote for her when these facts come out.”

But while Trump has hailed Bill Clinton’s accusers as “very courageous women,” the Republican nominee has attacked the credibility of the women now accusing him of assault.

“I know that misogyny used to be accepted many years ago—more than it is today,” said Wahl, a registered Republican who supported Florida Sen. Marco Rubio in the primary. “We, as a generation, are saying we’re done with that. It’s not acceptable.”