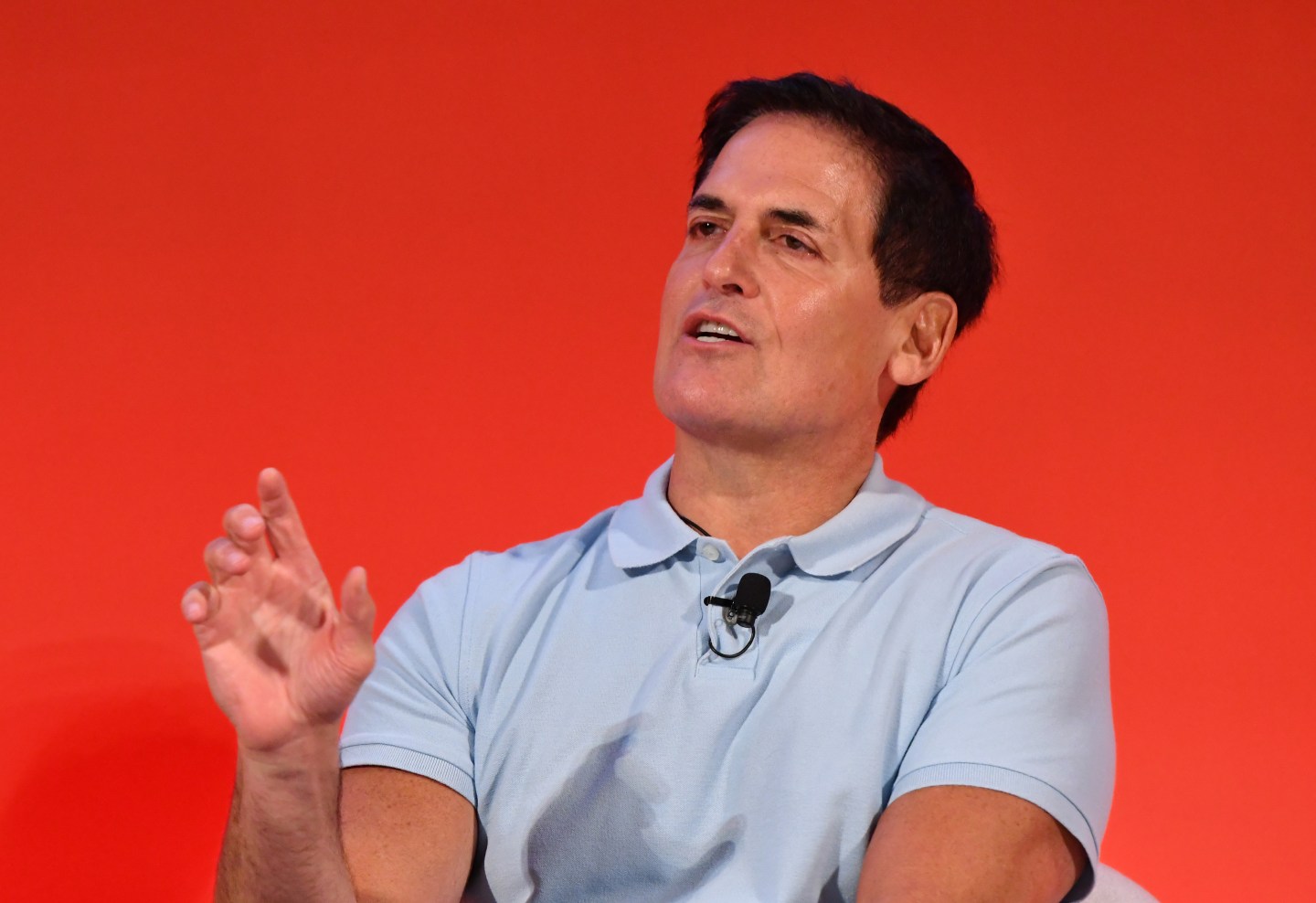 Donald Trump’s presidential campaign isn’t the only thing going down with him in this race, says Mark Cuban.

After more than a year of controversy surrounding the Republican nominee and his remarks, “I think this is just beginning of the end—or the middle of the end—for Donald Trump,” the Dallas Mavericks owner said in an interview with CNBC on Thursday.

“And not just in his run for the presidency,” he added. “But his brand, his properties, his businesses. He’s been scorched, and I think the whole thing has a real chance of going down with him.”

Cuban may be right. Fortune’s Geoff Colvin explored the effect of Trump’s presidential run on his sinking brand value two weeks ago, writing:

There’s evidence that Trump’s brand devaluation is happening. Bloomberg cites research showing that among consumers earning over $150,000 a year, the Trump brand’s value had plummeted by the end of last year. Other research finds that the market share of Trump casinos, hotels, and golf course plunged 14% from July 2015 to July 2016.

In another review, online travel company Hipmunk found that “bookings to Trump hotels fell more than 50% in the first half of the year,” according to CNBC.

That was taken into account before Friday’s release of an explosive 2005 tape that showed Trump talking about groping women, which many viewed as a possible admission of sexual assault, leading thereafter to a succession of stories accusing the GOP candidate of forcing himself on them over the years.

On CNBC Wednesday, Cuban pushed back on the idea that the latest uproar would roll off Trump’s back, as other criticisms have.

“He’s certainly not Teflon,” said Cuban. “I think there’s plenty more stories to come out. I know I’ve heard a few. I don’t know if they’ll ever become public.”

Cuban dismissed Trump’s assertion that his comments caught on tape were nothing more than “locker room talk.” The NBA owner said he personally has “never heard that talk in a locker room, ever.”

Since running for president, the Trump name has gone from being “a top five brand” to “probably being a bottom five brand recognized by everybody for the wrong reason,” likely leading consumers to avoid Trump’s hotels and other businesses, said Cuban.

“Bernie Madoff now has a better brand,” he wrote on Twitter.

Every single @realDonaldTrump hotel and golf course is toast. Done. Over. Bernie Madoff now has a better brand.

Donald Trump's actions have made any Trump emp who doesn't quit immediately, toxic and unemployable by anyone else. Expect a mass exodus.

The Shark Tank investor has said publicly that if Trump fails to make it to the White House, he’d bet that the presidential candidate “personally goes bankrupt” within seven years.

“There’s just a stigma attached to his brand now,” said Cuban, who has endorsed Hillary Clinton for president. “[It’s] done. Over.”