Here’s When You Can Get the Apple Watch Nike+ 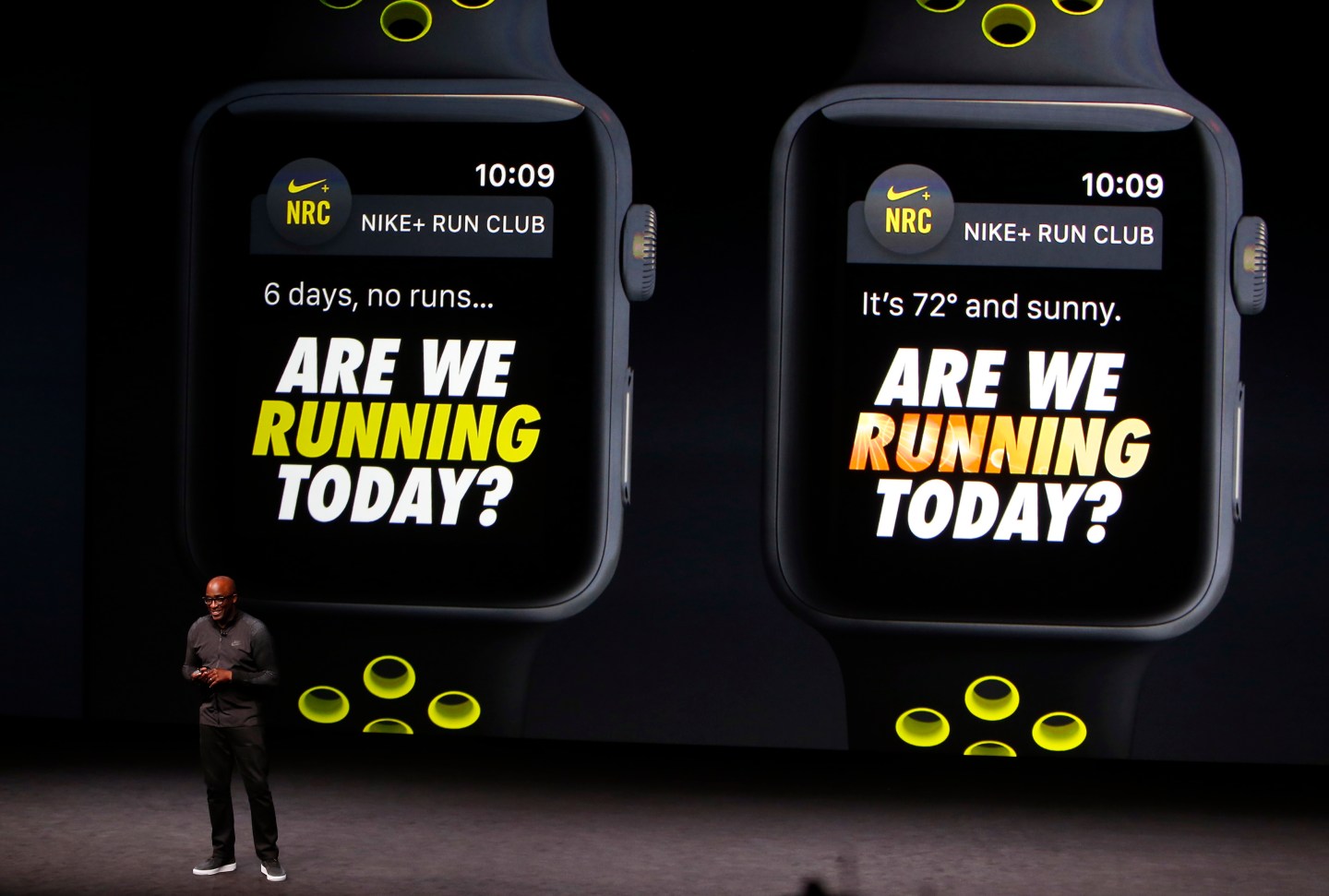 Apple has announced that it will introduce the Apple Watch Nike+ on Oct. 28.

The device, which starts at $369, is designed for active users who want to track their activity, distance traveled, and the weather. The band was created in partnership with Nike, which is supplying software in addition to the Apple-developed operating system that comes with the device.

The watch, initially unveiled at an event in San Francisco last month, is available in 38mm and 42mm case sizes, and comes in a variety of colors. In addition to Nike’s software, the watch is compatible with Apple’s watchOS 3 and all the apps that run on the Apple Watch.

Apple unveiled its co-branded watch with Nike, a leading brand in the fitness market, to appeal to customers who want more specialized exercise tracking compared to the standard model. The watch is intended to compete against the likes of Fitbit, Jawbone, and Samsung, which all offer fitness trackers that double as smartwatches.

While Apple is still selling its Series 1 watch, the Nike+ is a Series 2. That means it comes with exercise-friendly features like a brighter screen and swimming support thanks to its water-resistance.