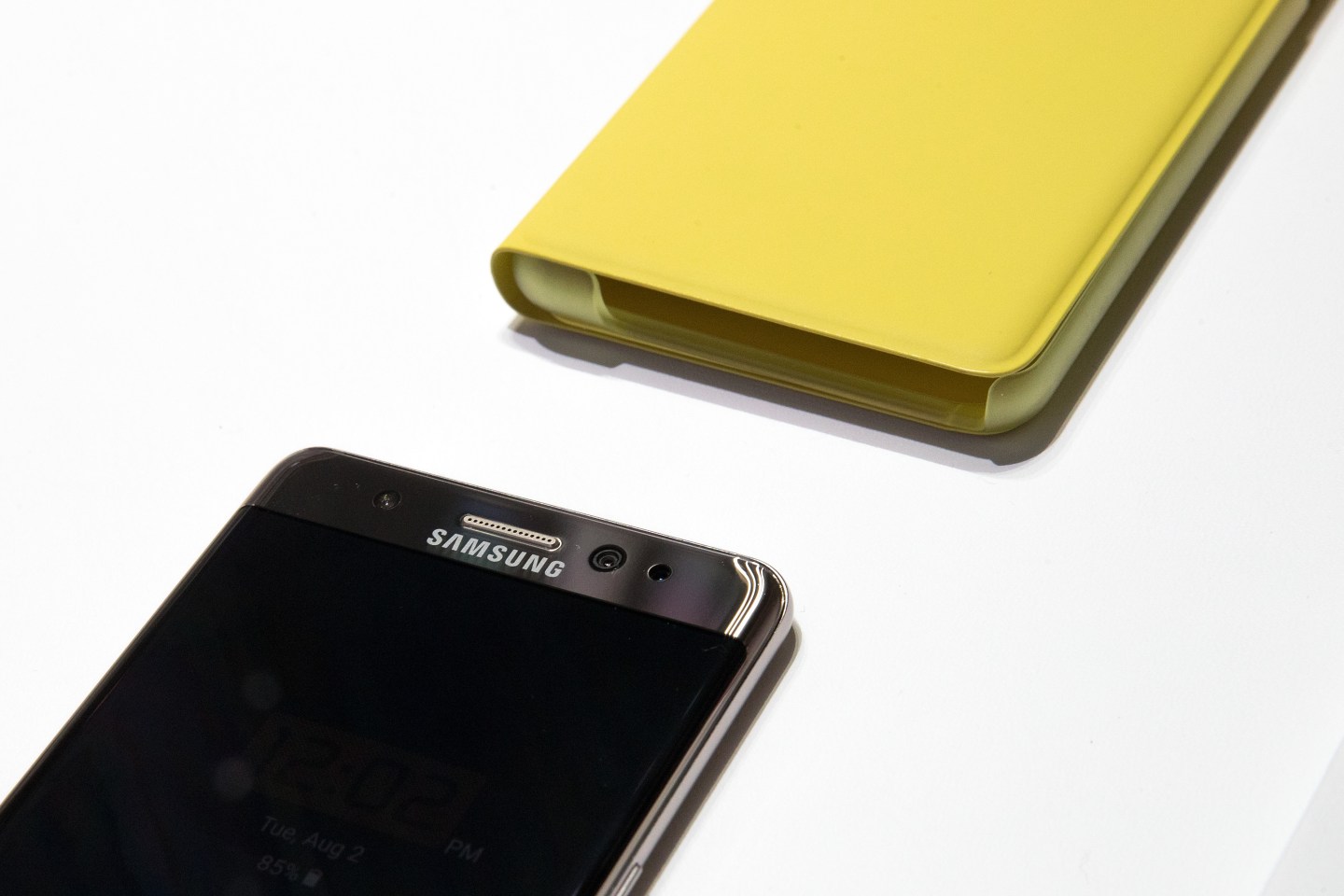 NEW YORK, NY - AUGUST 2: A view of the Samsung Galaxy Note 7 smartphone and a case during a launch event for the Samsung Galaxy Note 7 at the Hammerstein Ballroom, August 2, 2016 in New York City. The stylus equipped smartphone will be available starting August 19, with preorders starting August 3. (Photo by Drew Angerer/Getty Images)
Drew Angerer — Getty Images

Lithium-based batteries have been powering our portable devices for 25 years.

But consumer demand for smaller, longer lasting devices is forcing manufacturers to push the technology, battery experts say, testing the limits of how much energy they can safely pack into smaller spaces.

“A battery is really a bomb that releases its energy in a controlled way,” says Qichao Hu, a former researcher at Massachusetts Institute of Technology and founder of SolidEnergy Systems, a battery startup. “There are fundamental safety issues to all batteries, and as you get to higher energy density and faster charge, the barrier to explosion is less and less.”

On Tuesday, Samsung Electronics (SSNLF) scrapped its flagship Note 7 smartphone and told customers return their devices after weeks of bruising reports of phones igniting and images of scorched handsets.

In early September, the world’s largest smartphone maker blamed “a very rare manufacturing process error” for the problems. It has said it is still investigating reports of fires in a second, supposedly safe, batch of phones.

Exactly what caused the problems will be the subject of detailed studies by regulators, the company and its suppliers.

Experts are baffled by what could be causing the overheating in the replacement phones, if not the batteries. Samsung says it would be “premature to speculate” on the outcome of its investigations.

“We are reviewing every step of our engineering, manufacturing and quality control processes,” Samsung said in an emailed response to Reuters.

An official at the Korean Agency for Technology and Standards, which is also investigating, said the fault in the replacement devices might not be the same as the problem in the original product.

Both Samsung SDI and Amperex Technology (ATL), which supply batteries to Samsung Electronics, declined to comment.

Samsung’s Note 7 crisis may be its biggest, but the problems with lithium-ion are not new.

The U.S. Consumer Product Safety Commission has issued recalls for battery packs, snow blowers, hoverboards, flashlights, and power recliners in the past year, all because of fires caused by lithium-ion batteries.

In 2013, Boeing (BA) was forced to ground its entire fleet of advanced 787 jetliners after some lithium-ion batteries caught fire. The fleet was allowed to resume flights after changes were made to the battery and charger, and to better contain battery fires.

“We remain confident in the comprehensive improvements made to the 787 battery system following this event, and in the overall performance of the battery system and the safety of the airplane,” Boeing said in 2014 after an investigation into one incident.

Lithium is the lightest of all metals, and can pack a lot of energy into a small volume—making it perfect for batteries.

The market has grown from a few hundred million cells in 2000 to 8 billion last year, according to Albemarle, a U.S. chemical company.

But for the same reason, lithium-ion batteries need safety mechanisms built in, adding to production costs.

And with prices falling 14% per year for the past 15 years, according to Albemarle, smaller scale players have scrimped on safety, says Lewis Larsen, CEO of Lattice Energy, a consultancy.

There is no evidence Samsung or its battery suppliers cut corners with the Note 7, and Tony Olson, CEO of consultancy D2 Worldwide, said the problem was not limited to cheaper products.

He ran tests on batteries in laptops a decade ago, highlighting the dangers of them catching fire. Some 9.6 million Sony (SNE) laptop batteries were subsequently recalled.

But when Olsen repeated the tests on other laptop batteries seven years later he found that “very little had changed in battery safety design, despite being under tremendous scrutiny.”

Sony, HP (HPE), Toshiba (TOSBF), and Panasonic (PCRFY) have all recalled laptop battery packs this year over fire hazards, according to the Consumer Product Safety Commission. Panasonic, which supplied the batteries, said the problem was caused by manufacturing issues which it had now resolved.

“It’s a trade-off between that (risk) and benefits. We place the biggest priority on safety,” Tsuga said. “With current technologies, it’s extremely difficult to make it zero chance of such incidents.”

Before the era of smartphones, users didn’t require much of their device—a few phone calls, a few SMS messages. The phone of today, however, needs to do a lot more, and is in constant use.

According to eMarketer, an advertising consultancy, Chinese mobile users, for example, spend nearly twice as long on their smartphone as they did four years ago.

This in turn has pushed manufacturers into making their screens bigger and their devices more powerful, packing more energy into smaller spaces. And however sophisticated the materials, “they’re not 100% safe and they never will be,” said Larsen, the consultant. “What we’re seeing from the standpoint of lithium-ion technology is they’re beginning to reach the safe energy density limits of that technology.”

But experts are divided on that point. Brandon Ng, whose Hong Kong startup QFE plans to sell refrigerator-sized batteries to replace diesel generators, said there is still room for improvements. “There is still a lot of developmental headroom with lithium-ion batteries in terms of increasing the energy they can store.”

Long-promised new technologies to make batteries safer are around the corner.

Tim Grejtak, an analyst at Lux Research, said there are dozens of startups working on the issue, but the scientific problems were hard to solve and would take time.

Among the most promising candidates, according to Grejtak, is California-based Blue Current, which is working on a high density, low flammable battery using gel electrolytes.

Massachusetts-based SolidEnergy Systems is working on a lithium metal battery which founder Hu says takes up half the space of existing batteries. It will be used first in high altitude drones, he says, and in consumer devices, including smartphones, by 2018.