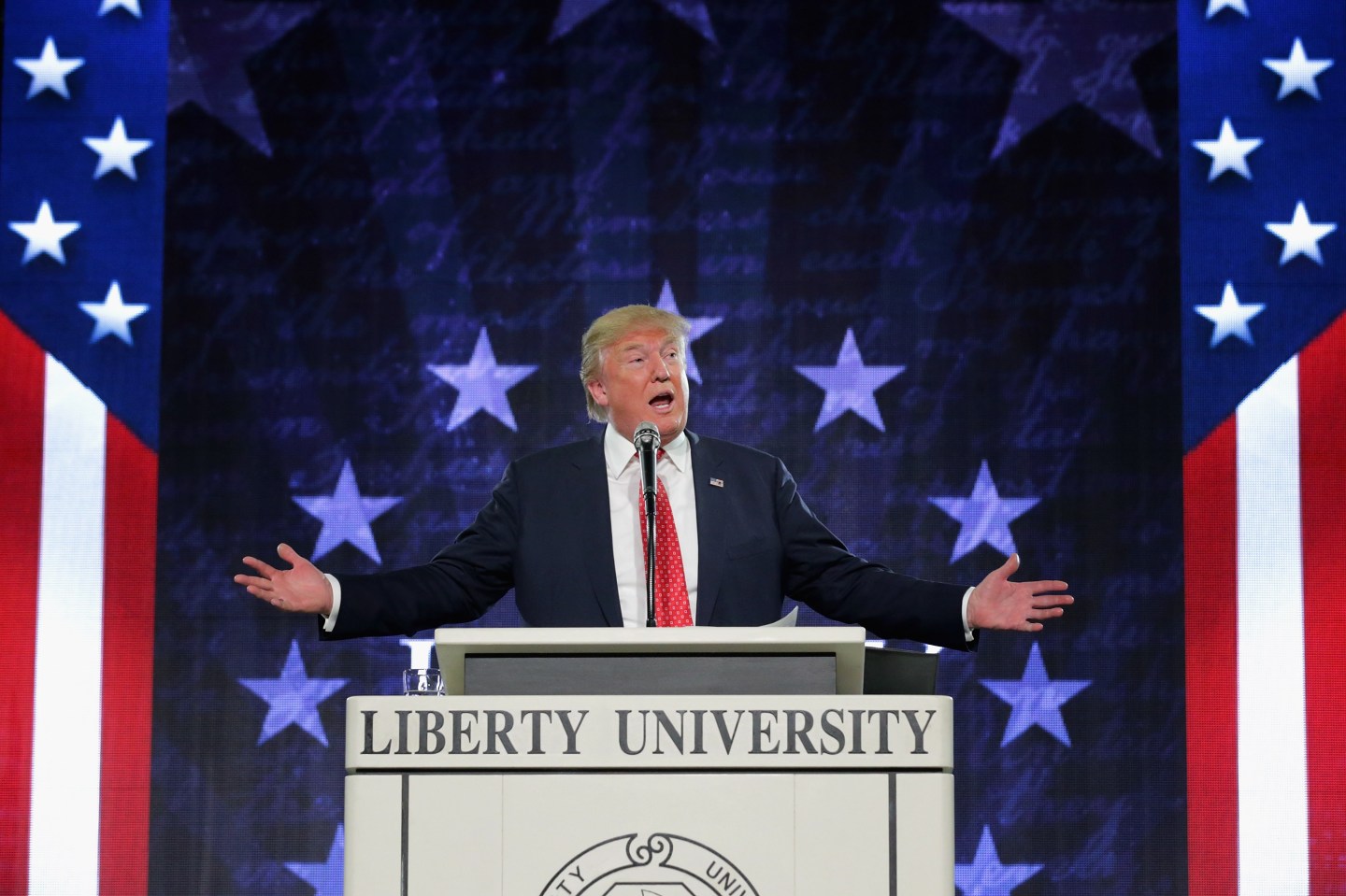 A group of students at Liberty University condemned Donald Trump on Wednesday, protesting the Christian university’s association with the Republican presidential nominee “out of a desire to regain the integrity of our school.”

Liberty University President Jerry Falwell Jr. was an early supporter of Trump, warmly introducing him before a speech at the school in January and then offering an official endorsement. Since then, Falwell has joined Trump on the campaign trail and addressed the Republican National Convention.

“We are Liberty students who are disappointed with President Falwell’s endorsement and are tired of being associated with one of the worst presidential candidates in American history. Donald Trump does not represent our values and we want nothing to do with him,” the group, Liberty United Against Trump, wrote in a statement published Wednesday.

Dustin Wahl, a Liberty student and the group’s executive director, said students felt a responsibility to oppose Trump because his name had become associated with their university. “Many of us aren’t satisfied with the other candidates, but they’re not associated with our university,” he said.

“Donald Trump is not just any politician,” the group said in its statement. “He has made his name by maligning others and bragging about his sins. Not only is Donald Trump a bad candidate for president, he is actively promoting the very things that we as Christians ought to oppose.”

Falwell called the statement “incoherent and false,”according to the Washington Post.

“This student statement seems to ignore the teachings of Jesus not to judge others but they are young and still learning,” he said in the statement.