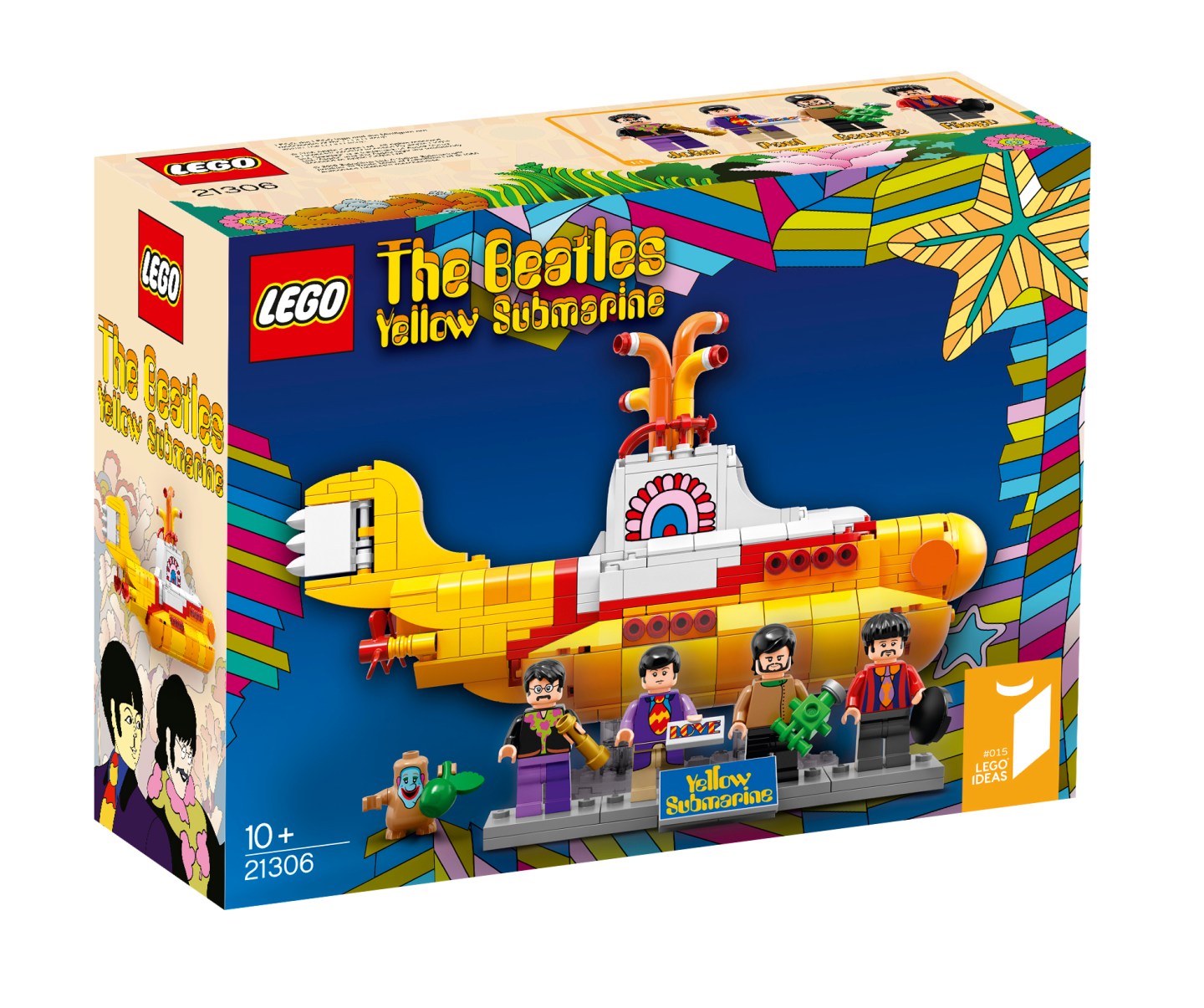 Starting Nov. 1, you’ll be able to find John Lennon, Paul McCartney, George Harrison, Ringo Starr, and their famous yellow submarine in a Lego store near you.

Lego announced its set of the Beatles’ Yellow Submarine Wednesday—a set that comes with over 550 pieces to construct all four band members, the submarine, and more, according to Lego.

The project came to life after one fan pitched the idea to the company via Lego Ideas, the toy company’s ideas section. The 1968 animated film Yellow Submarine inspired the creation, according to the site.

Looking for a gift for someone who likes Legos and The Beatles? You're welcome! https://t.co/pZUOVbZGrs pic.twitter.com/NqTJaKIoit

The set is going for about $60, and the mini figures of the band members feature the same hairstyles, outfits, and accessories that were seen in the movie.

Kevin Szeto, the set’s initial designer, said his inspiration came from being an amateur musician and songwriter who has always been “drawn to the music of The Beatles.”

“The creation of the Yellow Submarine model was really my way of showing my affection for The Beatles, as well as trying to pay a small tribute to The Beatles phenomenon,” Szeto said. “The Yellow Submarine is bright, fun, and colorful, which also made it a good subject to translate into Lego form.”

Justin Ramsden, the Lego designer who refined the original model, said that seeing the Beatles in Lego form “is a dream come true.”

The Yellow Submarine set will be available for sale at Lego Stores, shop.lego.com, and select other retailers next month.