This San Francisco Venture Capitalist Has Been Banned for 1 Year 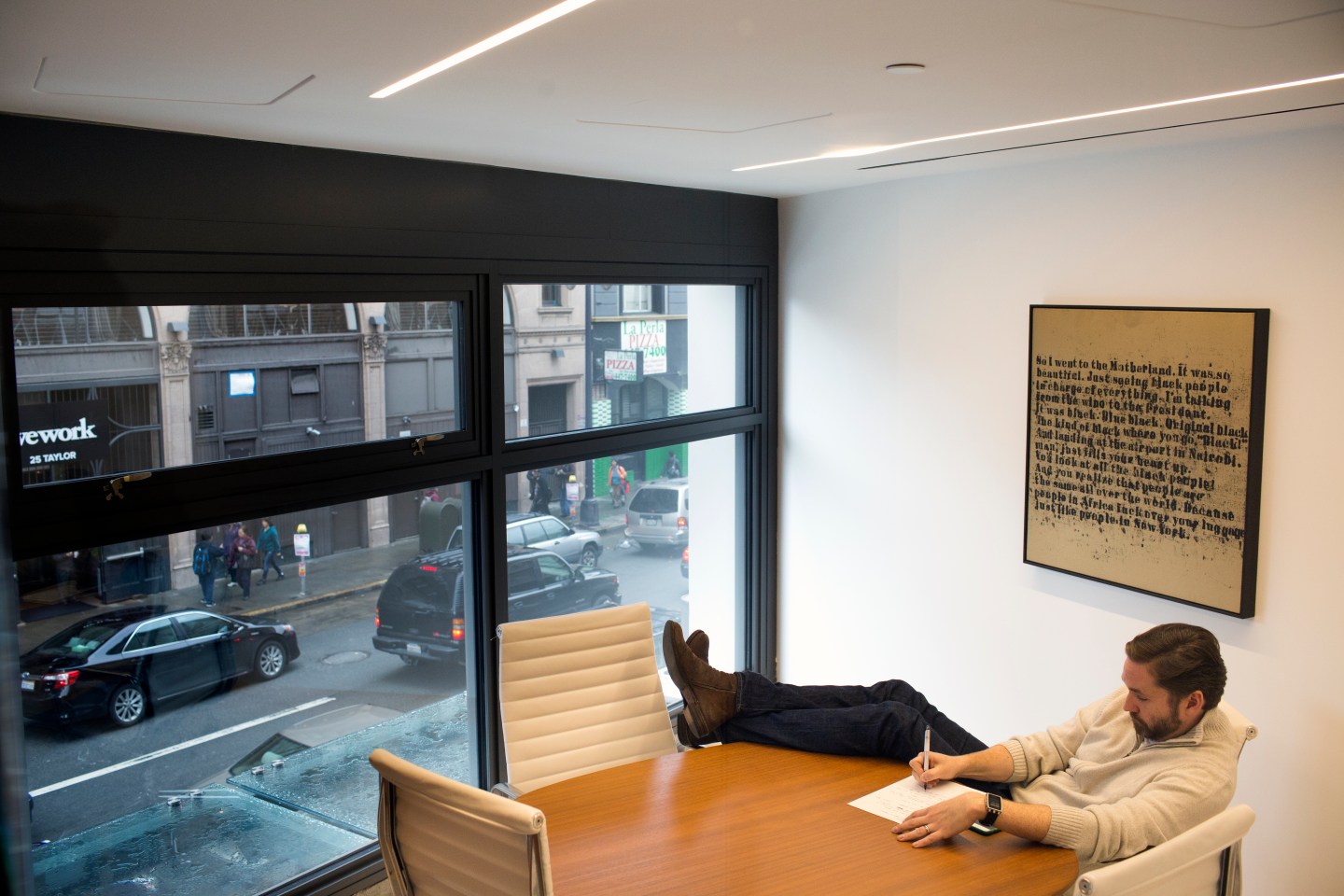 Mike Harden, the co-founder of ARTIS Ventures, takes a call in one of the rooms at the company's new office in San Francisco, Calif. on Wednesday, December 17, 2014. The company recently moved to the Mid-Market neighborhood to the Warfield building, a historic office building that was vacant a few years ago but is now home to several companies, including Benchmark Capital, Spotify and Match.com.
Tim Hussin — Special to The Chronicle

Mike Harden, a co-founder and senior partner of San Francisco-based Artis Ventures, has agreed to a one-year ban from working with his firm, as part of a settlement with the SEC over insider trading by one of his former employees at an affiliated hedge fund.

The ban stems from an earlier insider trading case brought against Matthew Teeple, a research analyst at Artis hedge funds who reported directly to Harden. Twice in 2008, Teeple used nonpublic information to recommend that Artis make trades on Foundry Networks securities, including ahead of the company announcing an agreement to be acquired by Brocade Networks (BRCD) for approximately $3 billion. Teeple’s tips—provided via an existing relationship with a senior Foundry executive―ultimately netted Artis approximately $5.17 million in illicit gains, and led the firm to give Teeple a $1 million bonus at the end of 2008.

In 2014, Teeple would plead guilty to securities fraud and was sentenced to five years in prison.

The new administrative proceedings against Harden find that he failed “to respond appropriately to red flags that should have alerted them to risks of potential insider trading by Teeple.” Moreover, he “failed to reasonably supervise Teeple with a view to detecting and preventing his violations of the federal securities laws.”

As part of a settlement agreement, the Artis hedge funds (which are in the midst of being wound down) have agreed to disgorge around $6.3 million in illicit profits and interest, plus pay another $2.6 million in civil penalties. Harden personally will pay out a $130,000 civil penalty, and agree to a one-year ban from associating with any “broker, dealer, investment advisor, municipal securities dealer, or transfer agent.”

That would mean Harden can no longer associate with Artis Ventures, which is a registered investment advisor

The firm, best known for an early investment in YouTube, has not yet responded to a request for comment, and Harden is still listed as an active team member on its website. Prior to co-founding Artis Ventures in 2003, Harden was a tech analyst with Credit Suisse.

Artis Ventures has not yet returned a request for comment.