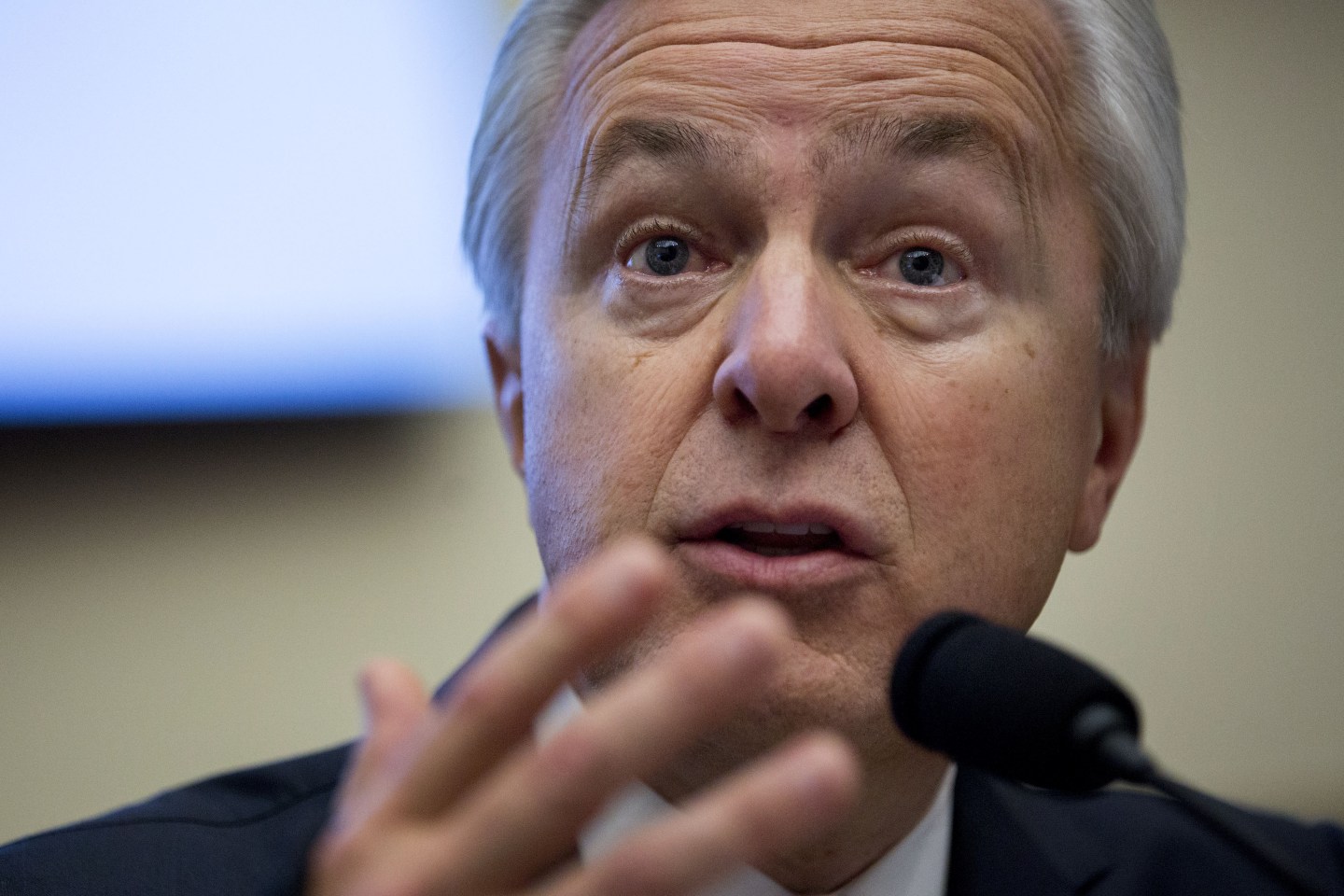 Embroiled in a scandal over unauthorized customer accounts, Wells Fargo faces a steep challenge in overhauling its hard-charging sales culture without gutting profits.

Until recently, Wells staffers labored under ambitious quotas while executives boasted to Wall Street about “cross-selling” each customer multiple accounts.

That system collapsed with revelations that thousands of employees opened as many as 2 million accounts without customer permission, leading to a $185 million fine in September. But the problems ahead extend far beyond regulatory penalties, investigations, and lawsuits.

Executives will have to dismantle and rebuild systems of sales incentives and performance management that date back two decades, said retail banking experts, including two consultants who have worked for Wells Fargo. That will require heavy spending on hiring, training and installing safeguards against abuses.

“They have to retrain their entire sales culture going back years,” said Paul Miller, an analyst at FBR Capital markets. “It’s a huge job.”

On Monday, bank CEO John Stumpf and President Tim Sloan led a conference call with 500 executives to lay out responses to the scandal, including the addition of 2,000 risk management employees and a series of branch tours by the new head of retail banking, according to the Wall Street Journal.

Management said the bank had lost some retail banking business and could lose more.

“It’s going to be harder for awhile, and we get that,” Sloan said, according to the Journal.

Dan Kleinman—a San Francisco-based consultant who has worked with Wells Fargo on and off since the 1970s—predicted it would take the bank 3-5 years to rebuild its sales and management structures, which he called a “Herculean task.”

Retraining could involve as many as 100,000 staffers at more than 6,000 locations. Some other potential costs are less obvious, such as recruiting and retaining the necessary talent.

“The question is whether the type of folks you want as employees will even work for the bank,” Kleinman said. “Its reputation is soiled.”

The bank ditched its sales quotas on Oct. 1, amid political pressure. Stumpf has said he still “loves” cross-selling, but he used the word sparingly while fielding withering questions from the Senate Banking Committee. Stumpf explained that it was “shorthand for deepening relationships.”

Some industry experts agree that the bank’s failures stem more from poor management than from the mere idea of selling customers multiple accounts, which isn’t unique to Wells.

Citigroup predecessor Citicorp was one of the first companies to encourage cross-selling in banking in the late 1970s under former CEO Walter Wriston, according to financial journalist and author Philip Zweig, whose biography of Wriston was published in 1996.

Wells Fargo embraced cross-selling about two decades ago, as “supermarket” banking gained popularity as a business model. By 1999, Wells Fargo’s annual report referred to “stores” rather than “branches.”

Kleinman, a sales compensation expert who worked at Wells Fargo in the 1970s and 1980s, saw the shift in corporate culture taking hold by 2003, when he returned as a consultant.

“I walked into basically a corporate sales event, pumping people up, very different than the culture I had seen before,” he said.

Now Stumpf is battling to survive as CEO. Tolstedt retired as head of community banking in July amid investigations into the bank’s high-pressure sale culture. Her $125 million severance package has since sparked widespread criticism. The two executives forfeited $41 million and $19 million in unvested stock, respectively, in response to the blowback.

Michael Moebs—a Wells Fargo executive in the 1970s and later a consultant to the bank for two decades—said the bank’s quota system would have been more appropriate for selling cars than car loans.

“You’re not just selling a product, but establishing a relationship,” he said.

Since Wells agreed to a regulatory settlement with the Consumer Financial Protection Bureau on Sept. 8, executives have denied that the bank’s sales quotas and culture caused the widespread abuses. Chief financial officer John Shrewsberry has said Wells Fargo’s customers were still happy and its employees were productive.

“I think we can make this pivot in a way that protects our business model,” he said at an investor conference last month.

Wells has tried before to curtail gaming of sales quotas. In 2014, the bank monitored certain statistics as indicators of unauthorized account openings, one former Los Angeles-area branch manager told Reuters.

In a “quality sales report card,” the bank set limits on the number of accounts that went unused – but the limits were so high as to undercut any serious reform, said the former manager, who declined to be identified because he now works for a Wells competitor.

The bank directed managers, for instance, to ensure that no more than 45% of debit cards went without activation, and no more than 27.5% of new accounts went unfunded, the former manager said. The “report cards” were also cited in a 2015 federal lawsuit filed in San Francisco by employees alleging unauthorized account openings.

Suris, the Wells Fargo spokesman, declined to comment on the bank’s efforts to track unused accounts.

Moebs, the consultant, said any effective reform effort would include more sophisticated employee incentives, such as bonuses that vest over several years with sustained growth in sales and customer satisfaction.

The cost of such efforts would cut into short-term profits, he said, but with the ultimate payoff of customer and employee loyalty.

“Like the rebuilding of any sports team,” Moebs said, “it takes time, money and talent.”