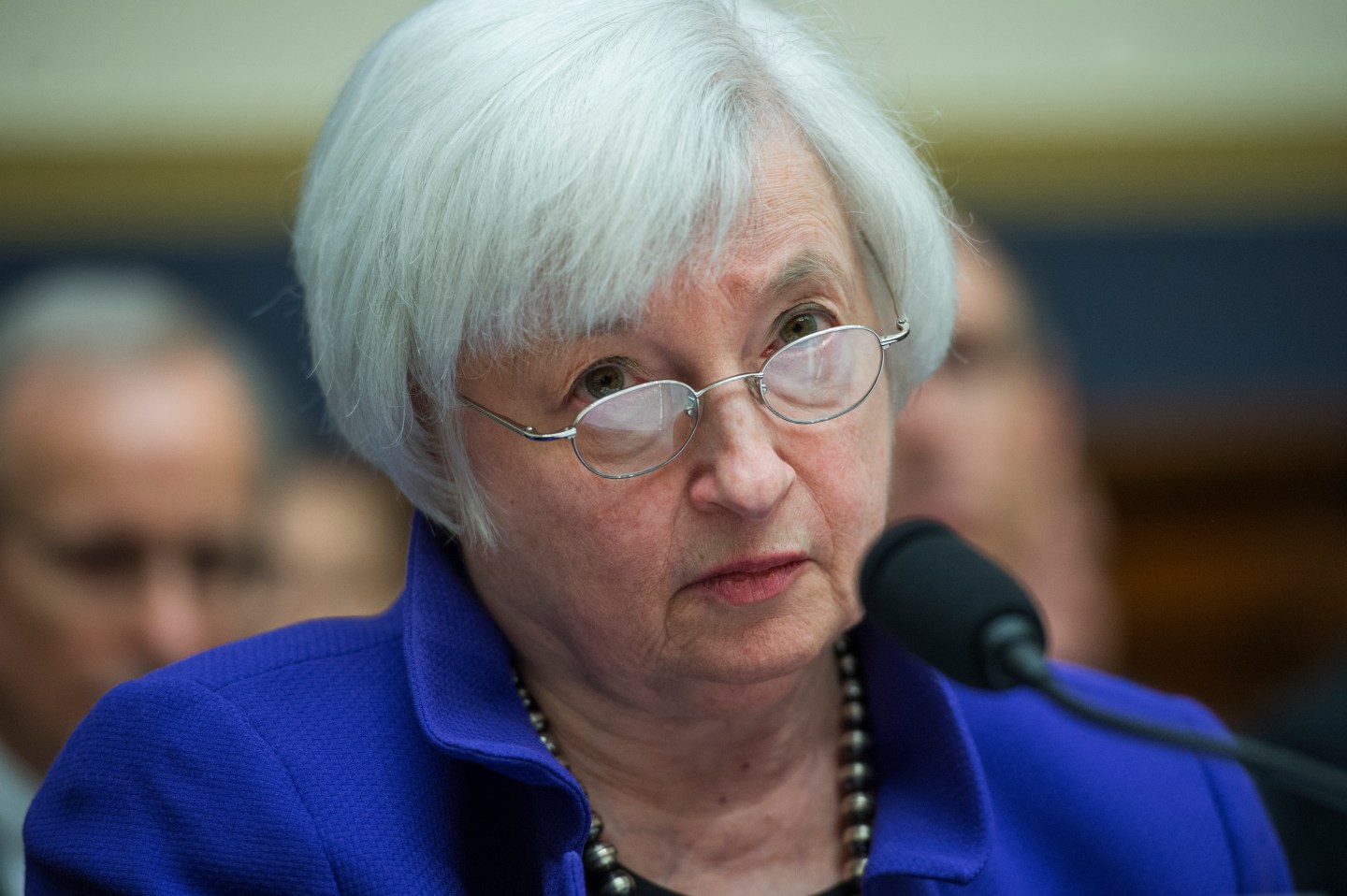 Are we seeing the stirrings of a revolt at the Federal Reserve?

Given the cordiality possessed by most economists, “revolt” is probably too strong a word. But the latest Fed minutes, drawn from the central bank’s September meeting and released Wednesday, show that Fed Chairwoman Janet Yellen is having increasing trouble mustering a united front for easy monetary policy.

We already know that three of the Federal Open Market Committee’s ten voters dissented from September’s decision to keep rates at between 0.25% and 0.5%, but the minutes reveal growing support for the hawkish camp that wants higher rates now.

Given that economic growth is muted, that underemployment remains at historically high levels, and that core inflation is still below the Fed’s 2% target, what is the hawks’ argument for raising rates?

It all goes back to the early 1970s, when Federal Reserve chairman Arthur Burns kept interest rates too low, in spite of signs of rising consumer prices, in an effort to cut unemployment. This mistake helped fuel the painfully high inflation rates of the late 1970s, which forced subsequent chair Paul Volcker to trigger the very painful recession of the early 1980s with his policy of high interest rates, meant to finally rein in runaway price increases. The hawks on the FOMC today see parallels between the early ’70s and today. If we don’t raise rates now, they argue, we’re just setting ourselves up for high inflation (and the need for much higher rates) in the future, which will eventually end in a recession that will hurt the most vulnerable Americans disproportionately.

Another piece of evidence on the hawks’ side is that inflation could actually already be higher than indicated by the Fed’s preferred measure, the personal consumption expenditures index (PCE). The PCE is running well below another measure called the Consumer Price Index (CPI). Normally these two measures track each other fairly well, but as the chart below shows, they’ve diverged in recent years.

As Torsten Slok, chief international economist for Deutsche Bank Securities, has written, if the PCE measure ends up converging to the CPI’s higher level, “the Fed will no longer have the luxury of being slow, gradual, and cautious” in raising rates, and this dynamic may end up haunting the economy and markets.

In the September meeting, the doves—and Yellen herself is believed to be among them—struck back against this line of thought, arguing that the unemployment rate understates the true level of joblessness, as many workers who left the labor force after the recession have yet to return and a historically large number of Americans are working part-time when they want full-time work. Meanwhile, American’s inflation expectations are falling at the same time that the entire global economy seems to be suffering from a lack of demand and chronically low inflation. Rising prices, the doves argue, are simply the last thing we should worry about right now.

Markets expect that Yellen and the doves will finally give into the hawks’ thinking either at the November or December meeting, and acquiesce to just the second rate hike since the financial crisis. The real test, however, for the relative strength of the hawks and doves, will be what comes next. Only the economic data can tell us for sure, but the latest meeting suggests there will be sharp disagreements over what, exactly, the data are telling us.